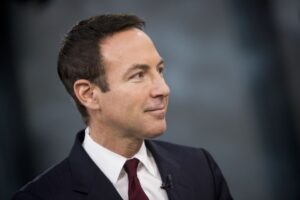 On Dec. 10, money manager Jason Ader will submit designs for a casino in the New York area that will include the world’s largest cryptocurrency trading floor and a landing pad for flying cars, according to Ader.

The project will also contain an esports arena and room for events such as New York Fashion Week, according to Ader, a former casino analyst. Depending on the location, which has yet to be selected, the project might cost $3 billion or more. Ader stated that he prefers the venue to be in Manhattan. In an interview Tuesday, he added, “The idea is to create a differentiated but comprehensive approach to entertainment that goes beyond casino gaming with some very cool components.”

MGM Resorts International and Genting Group, which run slot-machine parlours at New York City-area horse-racing facilities, are anticipated to pursue wider casino options, including table games. Bally’s Corp. and Las Vegas Sands Corp., which has held exploratory talks with Mets owner Steve Cohen regarding a casino near Citi Field, are two other operators that have expressed interest. Local legislators have spoken out against a casino in Manhattan. Other locations on Long Island and in nearby counties are being considered.

Ader, a former member of the Sands board of directors, will make his proposal through a new company he’s developing with Universal Entertainment Corp., a big Japanese gaming conglomerate. Ader’s blank check company, 26 Capital Acquisition Corp., is merging with a Universal-owned casino resort in the Philippines. According to him, the new firm would be debt-free and will benefit from Universal’s experience creating the multibillion-dollar Okada Manila resort in the Philippines.