North Korea has hacked $1.7 billion worth of cryptocurrency

North Korea has hacked  1.7 billion in cryptocurrency and sees it as a “long-term investment.” Pyongyang, according to experts, is holding on to its tokens rather than trading them for cash. 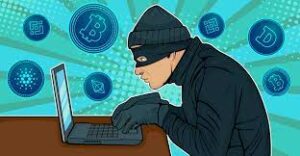 The US federal government prosecutor published remarks, according to Newsis and Chosun, claiming that North Korean hackers had been “conspiring with other money-laundering criminals” to “take crypto-assets” from at least “three digital asset exchanges” before “laundering the proceeds.”

There have been many examples of cryptocurrency exchange hacks, according to data from Asan Institute for Policy Studies (AIPS), a US blockchain firm that analyses the crypto sector and is headquartered in South Korea. The Slovenian platform attack in 2017, the Indonesian raid in 2018, and the most recent York hack in 2020 are all linked to North Korea.

Pyongyang is blamed by both South Korean authorities and US specialists for the 2017 attack on Bithumb and the $281 million attack on KuCoin. Seoul also alleges the North was behind the attack on the YouBit crypto exchange in South Korea, which was forced to close after the second attack.

Pyongyang allegedly trained 20 cyber warriors and ordered them to storm western and western-associated cryptos with impunity in 2018, according to experts in Seoul and Washington.

North Korea’s current major difficulty is to liquidate its stolen cryptocurrency. Moving money to various wallets, such as switching from Ethereum to Bitcoin, is a common practice. The strategies of North Korea are evolving all the time.

The “peel chain” strategy includes sending money from one bitcoin wallet to a new address via a series of hundreds or even thousands of transactions. They use this to conceal the source of funds while also reducing the chance of raising red flags.

“Because the price of bitcoin (BTC) has risen over 60 times since 2017 when North Korean hackers began hacking cryptocurrency exchanges, North Korea is using the stolen cryptocurrency from the perspective of long-term investment,” said Koh Myung-hyunat, Senior Research Fellow at the Asan Institute for Policy Studies (AIPS). Cryptocurrency has become the only financial instrument available to North Korea while it is subject to severe economic sanctions, and it [recognizes its value] for sanctions evasion purposes.”

Finally, once the tokens have been monetized, North Korea plans to use the funds to construct a much-anticipated seaside tourist destination as well as a new general hospital in the city.