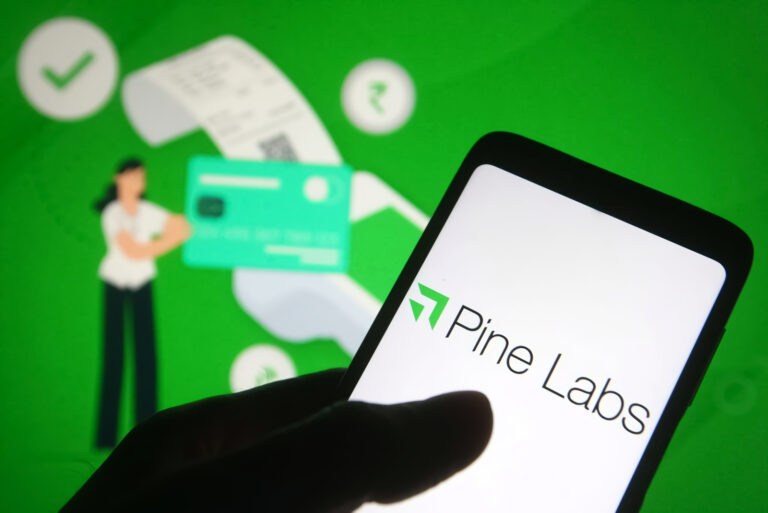 Pine Labs, the IPO-bound fintech startup, announced that it has secured $150 million from Alpha Wave Global, taking the total funding in the last seven months to about $870 million. The corporation refused to reveal the valuation at which the capital was raised.

The funding round, according to media reports, was completed at a valuation of between $5 billion to $6 billion. The 22-year-old fintech giant repeatedly indicated it plans to go public on NASDAQ this year or early next year.

Amrish Rau, CEO of Pine Labs, in a statement, said, “Alpha Wave Venture has invested $150 million in Pine Labs. We are happy to bring a marquee investor on board. Our omnichannel strategy is showing strong revenue growth. We are also seeing strong growth in international markets.”

Happy to announce that Alpha Wave Ventures has joined us in our journey. They invested a total of $150Mn.

We are fortunate to build in the FinTech space and realise we have much to do! LFG @PineLabs

This round of funding comes less than a month after the company bagged $20 million in funding from the State Bank of India. Pine Labs is backed by major global investors including Temasek Holdings, Sequoia Capital, PayPal, Actis, and Mastercard. The investment comes just ten days after Pine Labs bought Qfix Infocomm, a Mumbai-based online payment provider. It was Pine Labs’ third acquisition, following Fave and QwikCilver Solutions, as it seeks to strengthen its service portfolio.

Pine Labs is strengthening its offerings in the domestic market and has broadened its footprint across Southeast Asia. This year, the fintech giant is also expected to penetrate the Middle East markets. It “confidentially” filed for a $500 million initial public offering (IPO) with the US Securities and Exchange Commission in January, eyeing a valuation of $6 billion to $7 billion. Pine Labs has appointed Goldman Sachs and Morgan Stanley as advisors for its upcoming IPO.

In accordance with its omnichannel set goals, Pine Labs announced its debut into the digital payments industry (together with physical payments) in October 2021 with the launch of its payment gateway platform called Plural. The company has three key products under the Plural brand – Plural Checkout, Plural Gateway, and Plural Console. Plural Gateway is a payment gateway that accepts payments by over 100 different payment methods and can also handle Buy Now Pay Later (BNPL) transactions.

Plural Checkout, on the other hand, is a Mobile SDK (Software Development Kit) designed to improve the performance of payment gateways for Android and iOS customers. Plural Console is a Payment Orchestration Platform (POP) that provides a single technical framework for executing transactions over multiple payment gateways.

Pine Labs, which was founded in 1998 by Lokvir Kapoor, processes payments totaling $30 million each year. It offers around 150,000 merchants in 3,700 Asian and Middle Eastern cities. It has also made its BNPL credit service available to 150,000 outlets.