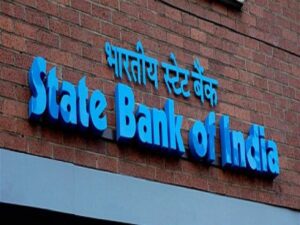 The RBI plans to simplify the process flow for modest value UPI transactions by introducing a new “on-device” wallet. A UPI-based payment product for feature phone users will also be launched by the Central Bank. The Reserve Bank of India (RBI) revealed proposals to simplify the process for small value transactions and popularise UPI payment through feature phones in its ‘Statement on Developmental and Regulatory Policies’ released today (December 8, 2021).

Feature phone users can currently use NUUP (National Unified USSD Platform) to access basic payment services using the shortcode *99#. However, there hasn’t been much usage of this feature. As a result, the central bank has recommended launching a UPI-based payment service for users of feature phones.
“A UPI-based payment solution for feature phone users is envisaged,” the RBI said, adding that more information will be released soon. According to the RBI statement, India has over 118 crores, mobile phone users, with roughly 74 crores of them owning smartphones.
One of the initial goals of UPI, according to the RBI, was to replace cash for low-value transactions.

“Analysis of transaction data shows that 50% of UPI transactions were under Rs 200, showing its success.” These low-value transactions, on the other hand, consume a large amount of system capacity and resources, resulting in customer inconvenience owing to transaction failures due to connectivity challenges,” RBI added.

“It is thus recommended to enable a simpler process flow by facilitating small value transactions through an “On-device” wallet in the UPI app, which will conserve banks’ system resources without affecting the user’s transaction experience,” RBI noted.
The Reserve Bank of India has also proposed raising the UPI transaction limit for the Retail Direct Scheme and IPO applications to Rs 5 lakh.
Get current stock prices from the BSE, NSE, and US markets, as well as the most recent NAV, mutual fund portfolios, and more. Check out the most recent IPO news, the best-performing IPOs, use the Income Tax Calculator to compute your taxes and learn about the market’s top gainers, losers, and best equity funds. Follow us on Twitter and like us on Facebook.