Realme Confirms The Launch Of Its Upcoming Realme 8 5G In India On 22nd April, Here Are Complete Details Realme's latest smartphone, the Realme 8 5G, is expected to be released in India shortly after its launch in Thailand on April 21. The company confirmed the launch event by sending out media invites. The phone is said to be launched via Online Streaming. 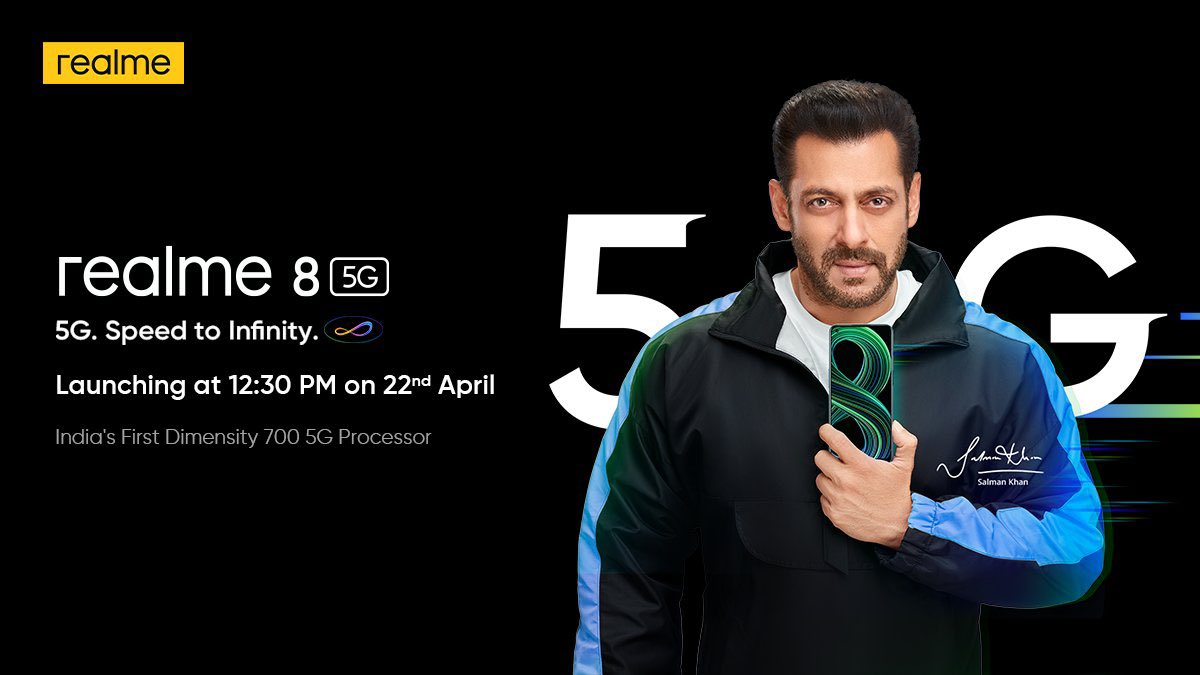 The Realme 8 5G variant’s India launch date has finally been announced by Realme. The business recently released the 4G version of the Realme 8, and the 5G version will be released on April 22. The platform will be fuelled by MediaTek’s new Dimensity 700 5G processor, according to the company’s official Twitter account.

The corporation confirmed the launch event by sending out media invites. The phone will go on sale in Thailand on April 21, a day before it goes on sale in India.

The launch event will begin at 12:30 p.m. and will be live-streamed on Realme’s social media sites, including Facebook and YouTube. The Realme 8 5G is estimated to cost less than Rs 20,000 in India. Flipkart is reportedly offering the 4G edition for Rs 14,999. 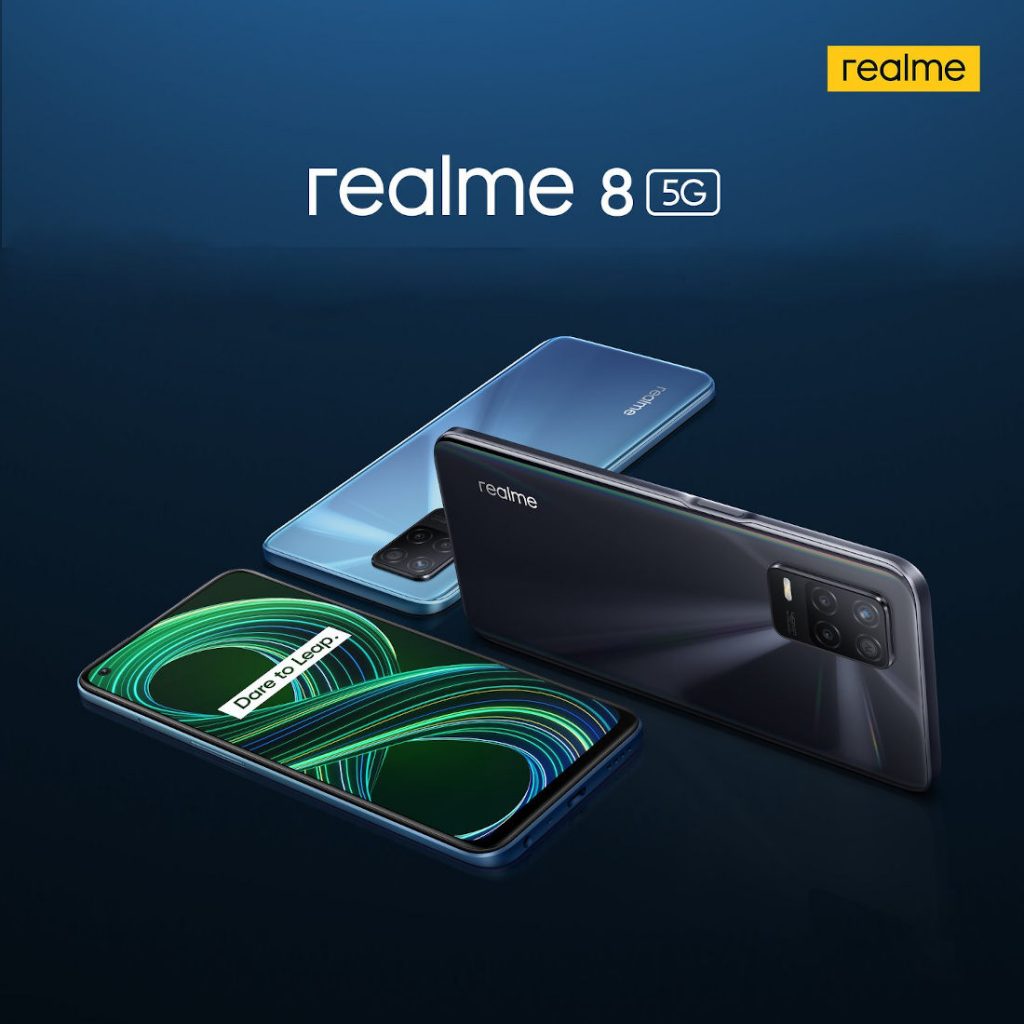 In the invitation, Realme claimed that “2021 will be the year of 5G-powered smartphones.” This will be the defining feature of Realme’s forthcoming mobile.

Even though there is no way to access 5G in India, Oppo’s offshoot is likely to make a major entry into the industry this year. Realme wants to make 5G phones as affordable as possible. Take, for example, the Realme Narzo 30 Pro. With a price of Rs 16,999, it is India’s most affordable 5G tablet.

Flipkart will be the exclusive retailer of the new Realme 5G handset. The firm has also created a dedicated microsite to tease some of the device’s main features. So, without further ado, let’s get into specification, features, and pricing details about the phone. 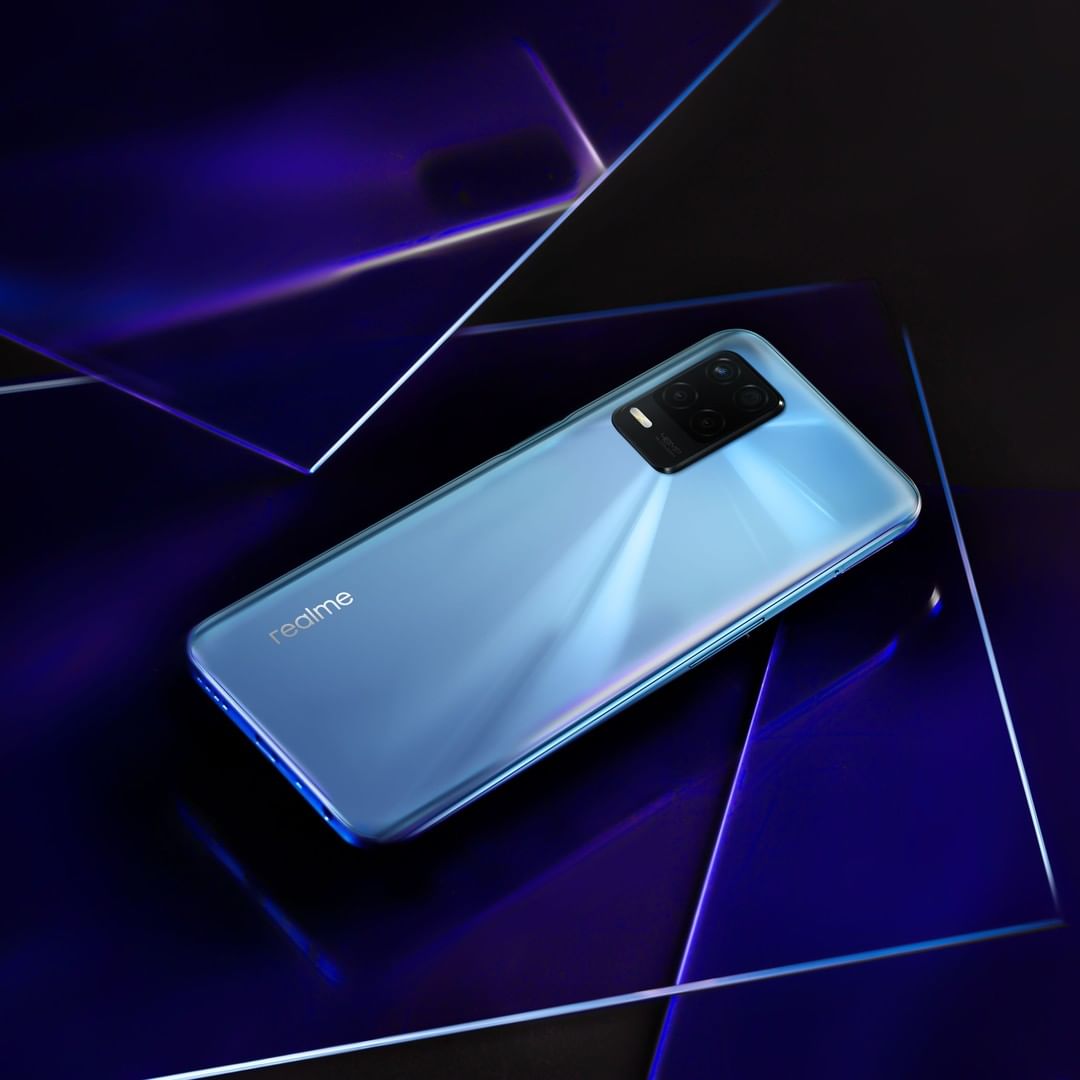 Realme’s 5G smartphone will most likely be a rebranded version of the Realme V13 5G, which was recently released in China.

It will be released a day earlier in Thailand, and the teasers will announce the concept as well as the main official specifications.

A 6.5-inch Full-HD+ LCD screen with a 90Hz refresh rate and 180Hz touch sampling rate will be included in the Realme 8 5G.

The monitor has a 20:9 aspect ratio, a resolution of 2400 x 1080 pixels, and a brightness of up to 600 nits. Onboard is a side-mounted fingerprint sensor and an 8MP selfie camera with a punch-hole.

A 48MP main sensor, a 2MP macro sensor, and a 2MP B&W sensor make up the triple rear camera configuration. 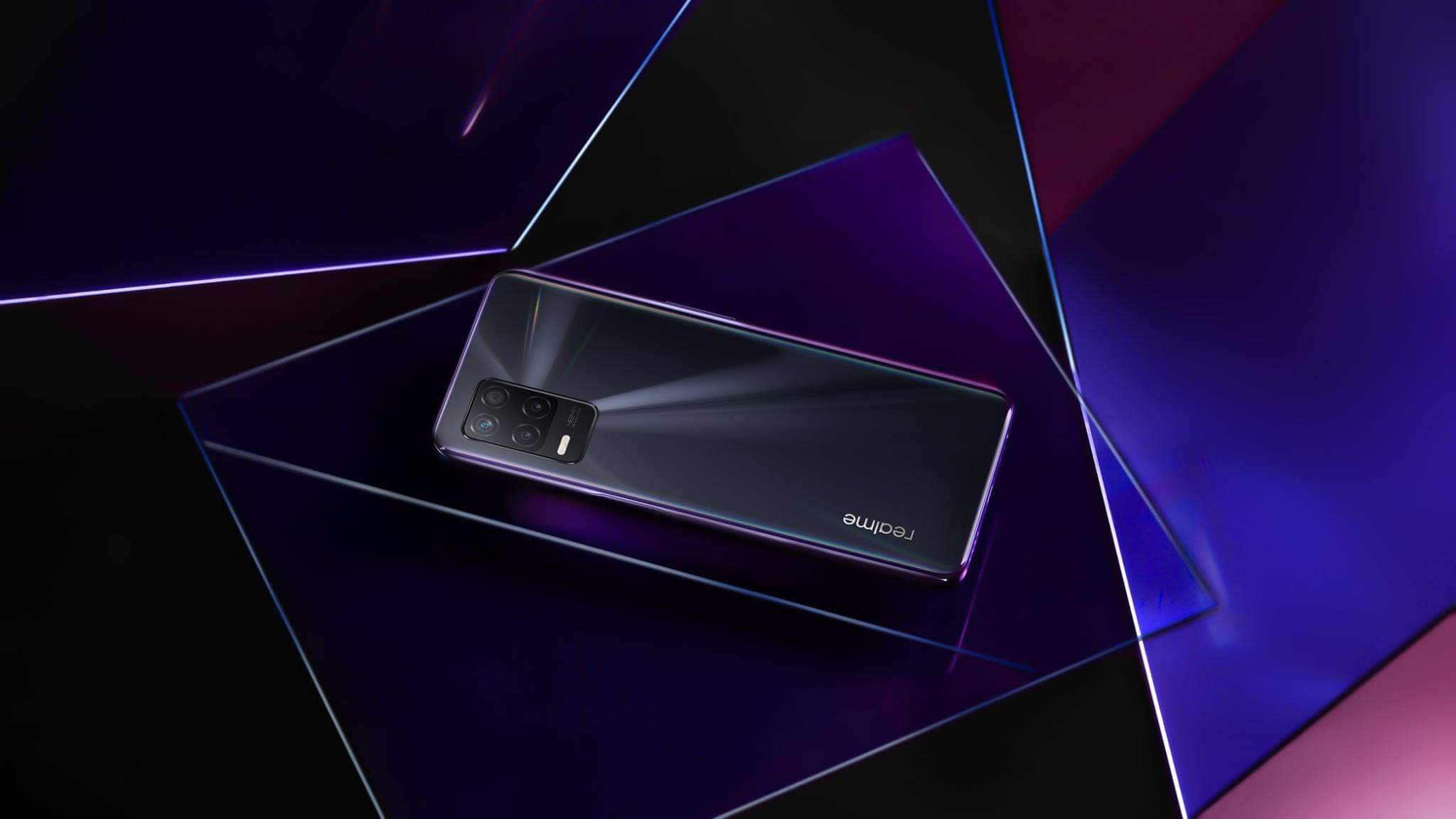 The MediaTek Dimensity 700 chipset will control the Realme 8 5G. Up to 8GB of RAM and 256GB of internal storage are available. It will be the first smartphone to include a Dimensity 700 5G chipset.

A USB Type-C port, a 3.5mm headset socket, and 5G networking will be included. Realme 8 5G can come pre-installed with Realme UI 2.0, which is built on Android 11.

Realme’s forthcoming entry-level 5G smartphone would be fascinating to see how it is priced in India. Keep an eye out for more info. 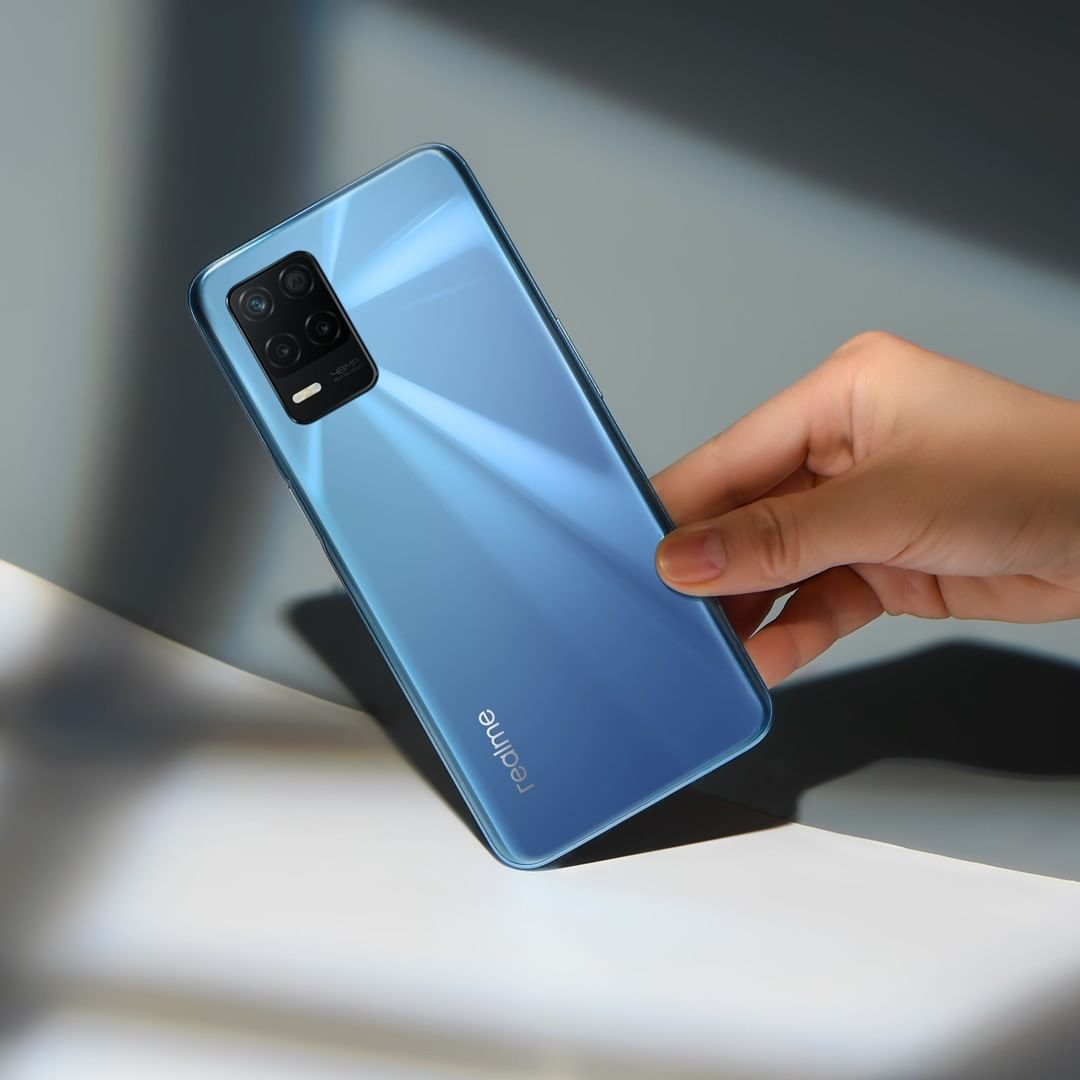 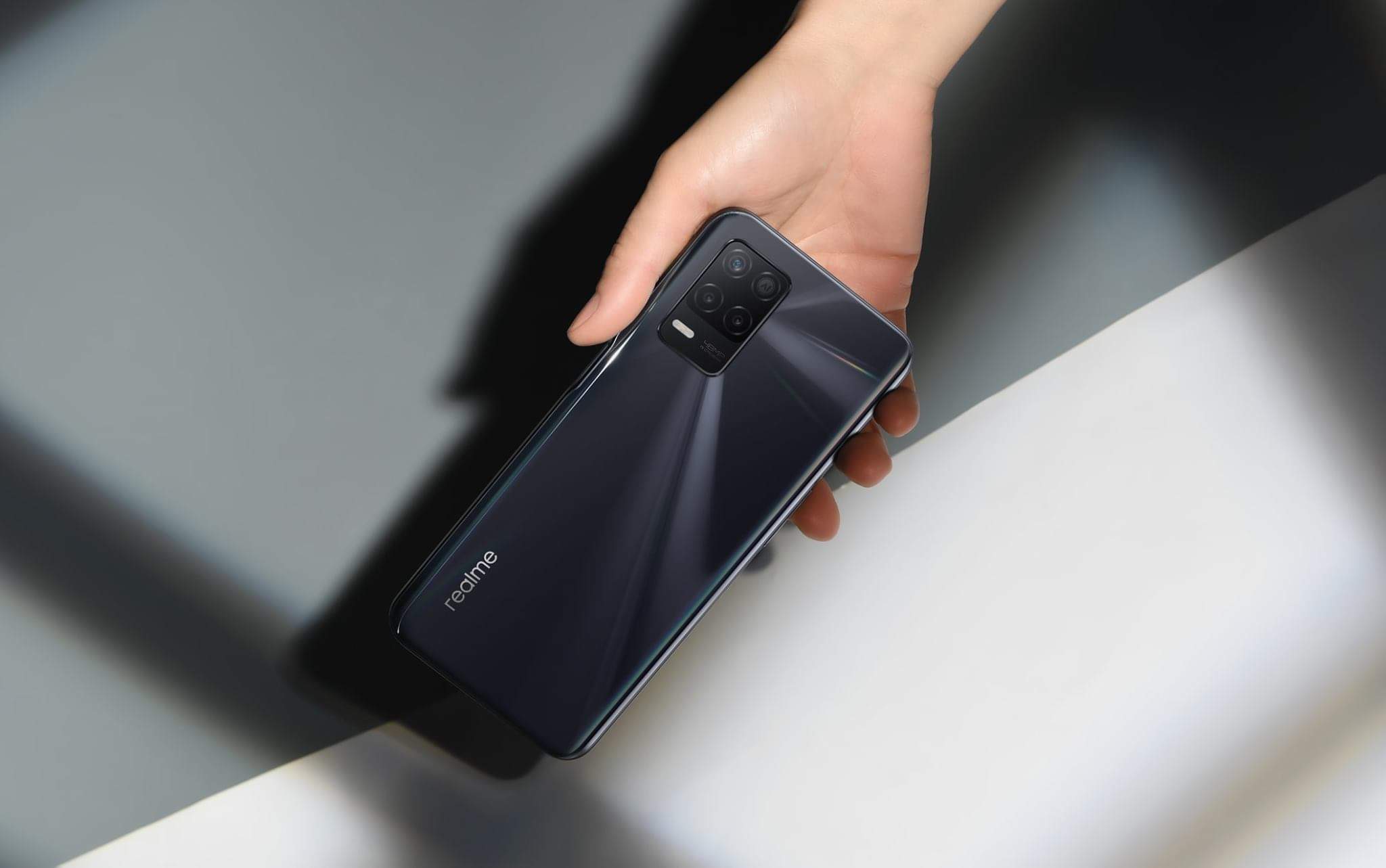 The Realme 8 5G is expected to hit the market for about Rs 21,000, according to rumors. If this price is right, the phone would be slightly more expensive than the Realme X7.

In India, the mobile company unveiled two mid-range smartphones from the much-anticipated 8 series.