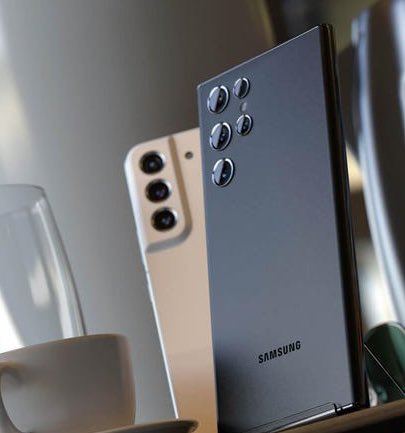 According to many box-fresh reports regarding Samsung’s next flagship phone, the Galaxy S22 Ultra will gain some camera enhancements, while the basic and Plus models will get a build quality increase.

Let’s start with the cameras on the Galaxy S22 Ultra. According to earlier speculations, the Ultra’s cameras will remain unchanged in comparison to the Galaxy S21 Ultra.

That’s because, while camera resolutions aren’t expected to change, the sensors and software that control them are. If the Galaxy S22 Ultra is to compete with the formidable iPhone 13 Pro Max and Google Pixel 6 Pro for the top place in our best camera phone list, these enhancements will be required.

A “AI picture quality improvement mode,” as described by leaker Ice Universe, is one conceivable example of such software.

They say that as compared to capturing default shots with the 108MP primary camera that the Galaxy S22 Ultra is expected to feature, this mode “can make 108MP [photos] superior in detail, colour, and brightness.”

They mentioned it in an earlier tweet in a more generic sense, but now they say they’ve seen samples of photographs enhanced using this setting. They won’t be sharing these, unfortunately.

Meanwhile, ITMaterial, a Korean website, discovered code pointing to a “detail enhancer” function. It doesn’t disclose where it acquired the strings containing this name in its article, but it does supply them.

Our best bet is that it’s a newly upgraded Samsung camera app or anything similar. However, we should be cautious about trusting this report in the absence of more concrete claims.

It’s likely that ITMaterial and Ice Universe are referring to the same feature but in somewhat different ways. However, material indicates that Detail Enhancer might be used as a macro photography option, similar to the ultrawide lenses on the iPhone 13 series. In any case, the enormous resolution of Samsung’s 108MP camera would be put to excellent use.

For the Galaxy S22 Ultra, this isn’t surprising, but it wasn’t expected for the Galaxy S22 and S22 Plus. The contentious switch to plastic backs on the Galaxy S21 makes the phone lighter and less expensive, but it also makes it seem less quality than it should for a flagship phone.

Previous Ice Universe tweets predicted that the Galaxy S22 Ultra’s rear panel will be made of a new “bio-based” material. These tweets, however, have been removed since they made their most recent assertion.

Aside from the theories listed above, there are a slew of additional intriguing rumors surrounding the Galaxy S22. Depending on the market where you buy the phone, the processor will either be the recently released Snapdragon 8 Gen 1 or a new Exynos 2200 from Samsung.

The Galaxy S22 and S22 Plus are expected to have somewhat smaller bodies and displays than its predecessors, while the S22 Ultra is said to be broader and squarer. That might be in support of the Ultra model’s pointed built-in S Pen pen, which would make the Galaxy S22 Ultra a full-fledged successor for the Galaxy Note series, which is now inactive.