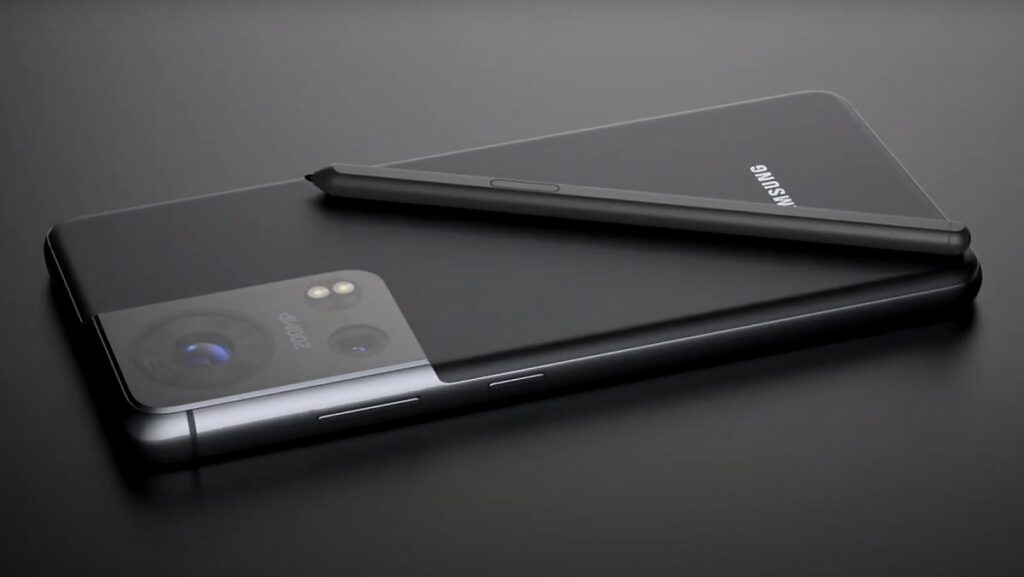 While Samsung may not produce another Note smartphone in the future, the firm intends to move the majority of the functionality to its flagship-level Galaxy S series. A rumor last week said that the Samsung Galaxy S22 Ultra may include a built-in S-Pen slot.

A couple of high-quality renderings of the Galaxy S22 Ultra have recently surfaced, confirming that the device would definitely include an integrated S-Pen slot.

The high-resolution images were obtained by famous tipster Steve H. McFly (aka OnLeaks) and depict the design of Samsung’s next flagship Galaxy S22 Ultra.

While we do not yet know the specifications, the device’s measurements, as supplied by the tipster to Digit, are about 163.2 x 77.9 x 8.9mm with a 10.5mm thickness. Furthermore, the renderings reveal the S-Pen slot as well as the forthcoming device’s distinctive P-shaped camera module.

By appearances, the Samsung Galaxy S22 Ultra resembles the Samsung Note series. It is said to have a 6.8-inch curved AMOLED display with a fast refresh rate. It will have Samsung’s Infinity-O design, which is a fancy name for a punch-hole cutout in the top-center for the selfie camera.

At the bottom of the tablet, there is a dedicated slot for the S-Pen, as well as a USB-C connector and speaker grills. As OnLeaks has a good track record, it is almost certain that Samsung will include S-Pen compatibility in its forthcoming flagship. This might also imply that Samsung is intending to retire the Galaxy Note series now that its Fold devices and flagship S-series smartphones will support the S-Pen.

In terms of the P-shaped quad-camera module, it appears that Samsung intends to enhance its camera game with the forthcoming Galaxy S22 Ultra. Although no information on the lenses is available at this time, one of them appears to be a periscope telephoto lens.

Furthermore, according to rumors, the gadget may include a 108MP main lens. However, the informant also supplied another depiction of a different-shaped camera module. As a result, Samsung may choose either of them for the final product.

Following @UniverseIce comments on my #GalaxyS22Ultra, I asked my sources to investigate.
Seems a prototype w/ uniform body frame indeed exist but I got no confirmation on the camera housing design.
Nonetheless, here two updated renders depicting these prospective differences. pic.twitter.com/14bNzFxqDP

All handsets in the Galaxy S22 series will have the Infinity-O design and, depending on the area, will be powered by Snapdragon 898/ 895 or Exynos 2200 SoCs. Furthermore, both the Galaxy S22 and S22 Plus are said to include a 50MP main lens on the rear.

So, for the time being, this is pretty much all the information known regarding the Galaxy S22 series. However, as we get closer to the formal launch, which is expected to happen early next year, more information on the gadgets may become available online. So, keep tuned in the following days for additional rumors, leaks, and stories.