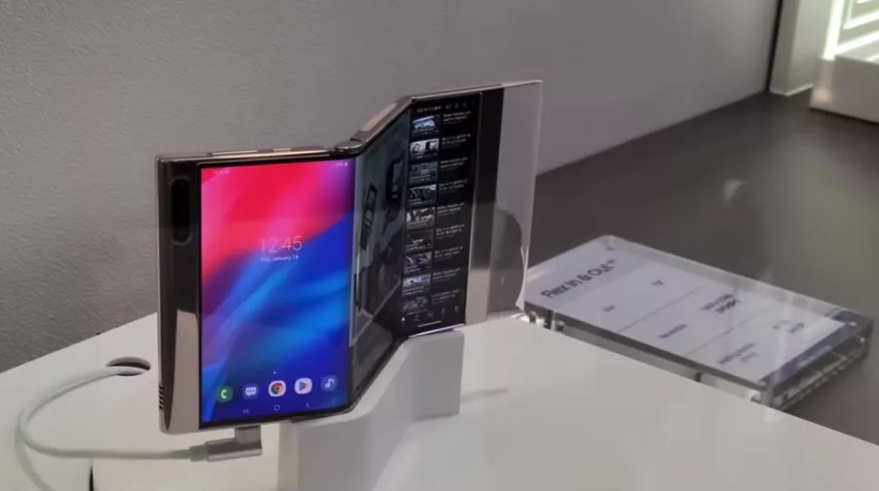 Most critics have praised the Samsung Galaxy Z Fold 3 and Galaxy Z Flip 3 as the most polished folding phones yet. However, if you’re interested about Samsung’s future intentions, it may have just given you a hint.

At the International Meeting for Information Displays (IMID) 2021 conference in South Korea, Samsung unveiled its “Flex In & Out” prototype, a three-part folding prototype (via TechSpot). It’s a touch rough around the edges, but it successfully demonstrates how phones such as the Z Fold 3 and Z Flip 3 may evolve in the future.

In this official video from Samsung Display, the Korean tech giant’s screen division, the so-called “multi-foldable OLED” can be shown. Samsung Display makes displays for Samsung’s own devices as well as for a variety of other firms. Samsung doesn’t show us the gadget in action; instead, it shows us how it looks and how its software may operate.

It’s a 7.2-inch tablet when fully unfurled, however it’s more rectangular than the Z Fold 3’s square inner display, and, unlike the Z Flip 3, looks to be designed for usage mostly in landscape position. This makes the notion more like a regular tablet, while yet folding down to the size of a conventional smartphone in principle. 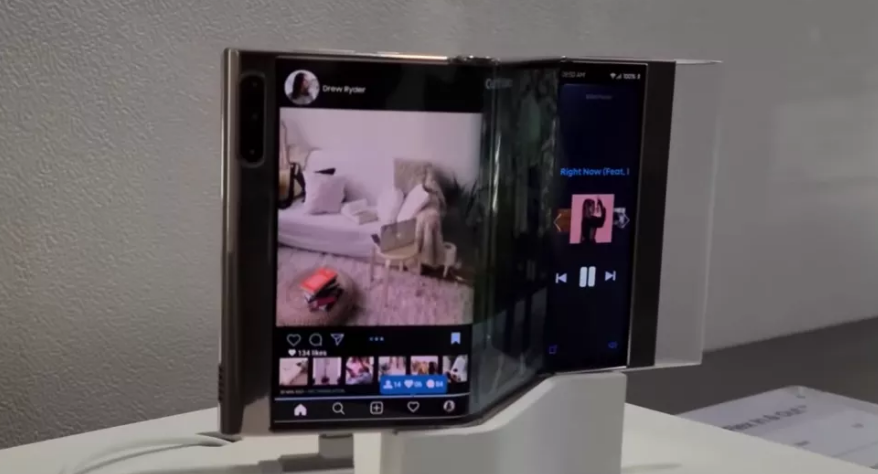 You should be able to use various applications on different sections of the display, in addition to using it completely folded or unfolded. One section of the demo, for example, displays Instagram, a photo, and a music player all open at the same time, each taking up one of the phone’s three panels.

While it’s wonderful to see Samsung bring a popular foldable phone concept to reality, there are several practical concerns. When fully folded, this phone seems to be quite bulky, making it less pocket-friendly and hence less useful as a phone. The displays’ width doesn’t appear to help either. 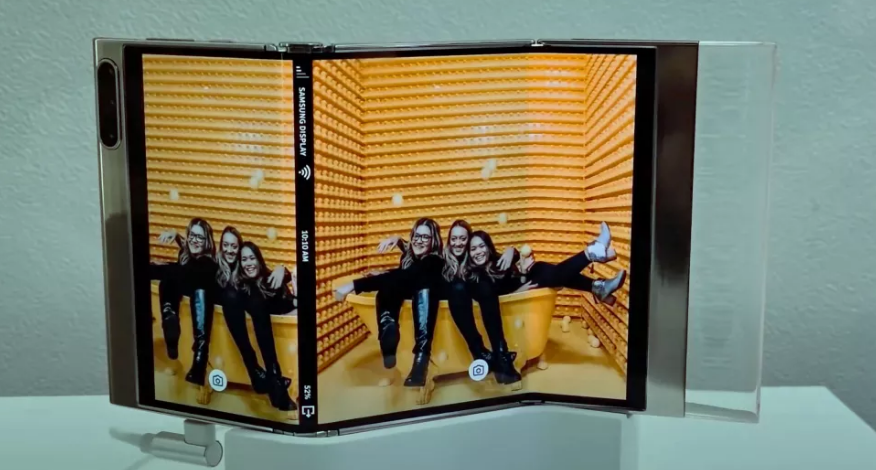 This gadget looks to have only one camera array, which is a good thing. There’s no use in wasting space when you can take selfies and standard photos with the same cameras. These cameras, on the other hand, are encased in a massive bezel, considerably larger than you’ll need to get a solid hold on the phone.

The most important thing Samsung needs to accomplish before releasing a phone like this is shrink it down to about the same size and thickness as existing phones. Otherwise, this appears to be a viable next step for foldables from the business that presently produces the finest foldable phones on the market.