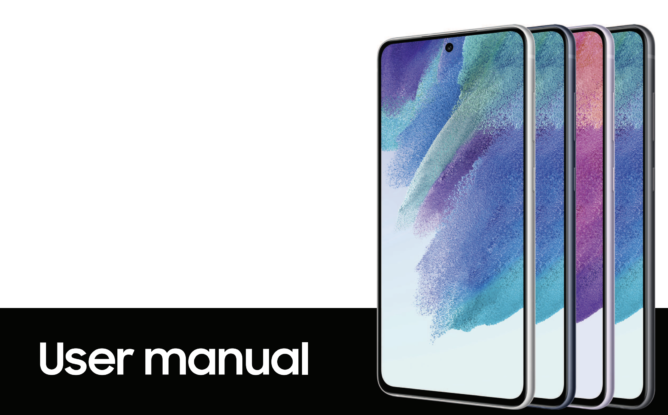 SamMobile has leaked a user manual for Samsung’s Galaxy S21 FE (or “Fan Edition”), giving us yet another glimpse at the company’s undisclosed midrange equivalent to the Galaxy S21 flagship. The handbook, as you’d expect from a manual, spends more time detailing how to use the phone than it does describe its specifications, but also serves as a roadmap for what’s to come.

For starters, photos in the manual appear to match the accuracy of previously leaked renderings. That suggests it will have a design comparable to the Samsung Galaxy S21, although with a less expensive finish. The S21 FE has three cameras on the back, with an in-display fingerprint scanner and a hole-punch notch for a selfie camera on the front.

IP68 certification for dust and water resistance, an ultra-wide camera, and compatibility for Samsung’s Wireless DeX software, which allows the phone to mirror its display to compatible TVs and use its screen as a touchpad, are among the other features stated in the handbook.

There’s no headphone jack, microSD card slot (which debuted on the S20 FE last year), or charging brick provided in the package.

Based on the Samsung Galaxy S20 FE, which was released last year, the Galaxy S21 FE is expected to feature some of the Galaxy S21 flagship’s main characteristics. The 6.4-inch AMOLED display with a 120Hz refresh rate might be one of them.

According to prior speculations, the phone would be powered by either a Snapdragon 888 or an Exynos 2100 CPU, depending on the country, which would bring it on par with the Galaxy S21 flagship from earlier this year. Its battery is estimated to be 4,500mAh in size, with the capability for 25W fast charging and reverse wireless charging.

Now the issue is when, if ever, the phone will be formally revealed. Samsung was compelled to refute claims earlier this year that it had canceled production of the unreleased phone owing to manufacturing issues brought on by a global chip scarcity.

The appearance of a user manual implies that the phone will be released, albeit it does not confirm it. Last year’s Galaxy S20 FE, for example, was announced on September 23rd and released on October 2nd, implying that we won’t have to wait long to find out.

The phone has a triple back camera system and a hole-punch flat display on the front, as seen in renderings. The display is surrounded by an extremely narrow bezel.

The speaker grille, SIM tray, and USB Type-C port are all located on the bottom edge, while the buttons are on the right. The Samsung Galaxy S21 FE will most likely have an in-display fingerprint sensor.