Senate to Vote on Antitrust Bill

Senate to Vote on Antitrust Bill

United States Senate, is expected to pass a bill aimed to bar tech giants, Facebook, Apple, Google, and Amazon.com from being partisan while listing business and products on their platforms. In the past, there have been several reports on how these tech companies have manipulated search engines and other metrics to show businesses affiliated or allied to them in search results. 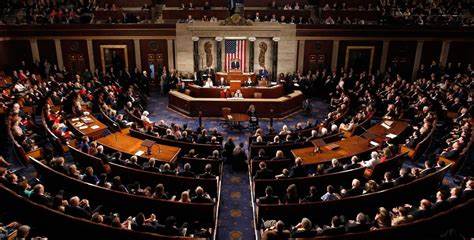 Senate of the United States Congress

Democratic Senator from Minnesota, Amy Klobuchar, and other lawmakers from both Republican Party and Democratic Party have supported the bill. Last week, Amy Klobuchar along with other lawmakers said that they had enough Senate votes to pass the bill. If made into law, the antitrust bill would prohibit tech giants from favouring their products and businesses in search engines.

Klobuchar also said that the bill has the support of 60 senate votes, which is necessary to end the debate and move on to voting in the senate.

Industry support for the bill

Entities such as American Booksellers Association, the American Independent Business Alliance, the Institute for Local Self-Reliance and Kelkoo Group have come in open support of the bill. They believe that the bill will help small companies and micro and medium businesses to have a level playing field while competing with multinational companies in the national and international market.

Few companies like Yelp, Sonos, DuckDuckGo and Spotify have also clearly expressed their backing of the bill. According to them, it’s a “moderate and sensible bill aimed squarely at well-documented abuses by the very largest online platforms.”

The upper chamber might vote on the bill this summer. Some sources also suggest that the voting may even happen in June. Following the Senate vote, the House of Representatives in the United States Congress will take up the Senate version of the bill for a vote.

Amazon, the Chamber of Commerce and other multinational companies have openly rebuked the bill. They are of the opinion that it will affect the fundamental rights of citizens of the United States to choose from numerous amount of selections at low, competitive prices.

According to Amazon, the bill will impact the shipping and delivery speed of the products ordered.

Amazon reminded stakeholders that if passed, this bill will make it harder for companies to protect the privacy of the consumers.

According to various reports, Facebook, Amazon and other companies have already started lobbying against the bipartisan bill. The business interests of the companies will get severely influenced in an event of the bill passing both the senate and congress.