Slice Goes Conservative by Restricting Key Feature Slice has well over 5 million users and they are onboarding around 3 lakh new customers every single month.

One of Slice’s main features since its inception which has made the company stand out from the crowded Indian fintech industry is their Pay in 3 features. Previously, this feature was allowed to all of their users, but uncharacteristic to Slice, the company has actually taken the conservative decision to restrict the access of the feature to only users who have a good credit score and users who have a history of timely repayment. However, you can also now pay to use the feature as well.

Slice is a financial tech company that was founded 6 years ago back in 2016. The company provides a so-called virtual visa card and even a credit card called the Slice Super Card. 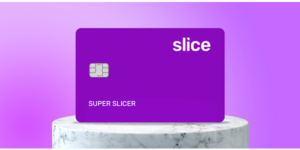 The company is basically a platform for people to make their payments and to make purchases using credit without any securities. The company’s main demographic and target audience are students, millennials, and the general youth. The company’s head office is situated in Bangalore. Recently, the company had a rapid rise in fame after they began sponsoring this year’s Indian Premier League with their original and captivating advertisements.

This decision was made as the company is looking to be profitable and cash flow positive as soon as possible and increasing the number of transactions on their application will only increase the traffic to their app.

Their feature which is now restricted basically allows their users to split the amount they have to pay back in to three different parts without any added cost or any interest so that it is easier for the user to pay back and it relieves some tension off of them. But, now only certain users with can avail this feature an understandably so.

Consumers who are not able to enabled to use this feature will have to pay back the total amount within 30 days or take the option of splitting the total amount by six and take half a year to pay it off but they will be subject to an interest.

Currently, Slice has well over 5 million users as they were onboarding around 3 lakh new customers every single month. This is even more than established commercial banks like ICICI Bank which is onboarding around 2 lakh new customers every month. The company is also unicorn being worth close to $ 2 billion USD. It seems that Slice is on race to start earning profits, and only time will tell if they will be able to do it smoothly.