SlimRide is Disrupting the Ride-sharing Industry with Technology and Service Design! 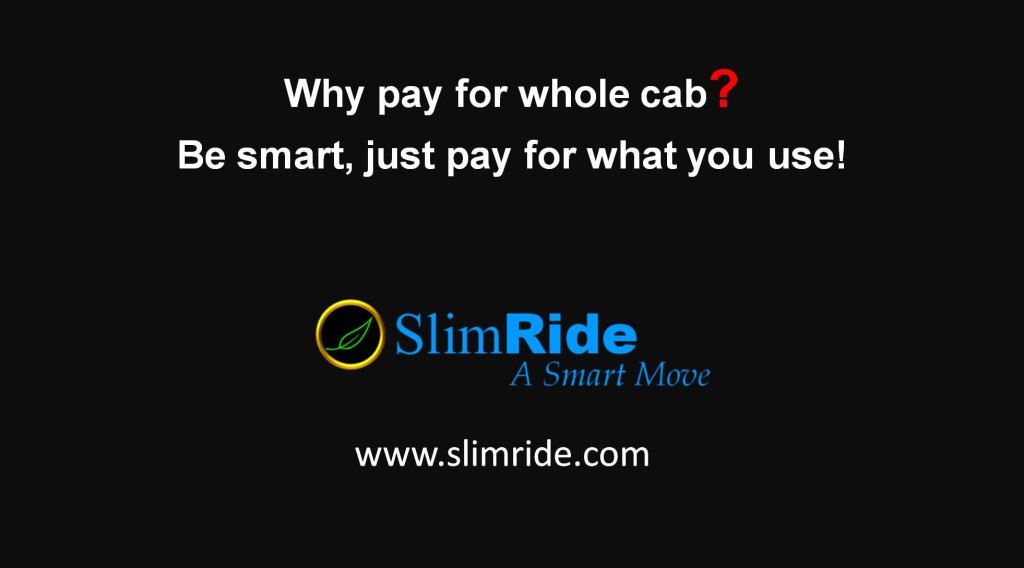 The ride-sharing industry globally has grown tremendously over the last few years. India, in particular, has also seen a strong growth over last 2-3 years and it is expected to grow even more as the problems of traffic and pollution keep on getting more confounded as a result of rising population in large cities.

Several ride-sharing/carpooling companies as well as shuttle services have come up in last one year or so and everyone is trying to solve the urban commute problem in their own way. While such services are definitely better than our public transport facilities, they don’t provide last mile transport which is a major issue together with travel time and ride comfort. As these services ply on fixed routes, many people have to either walk a long distance or take an auto to the nearest shuttle pickup point.

Carpooling platforms are in abundance and have been in the market for several years now but they simply don’t work. Some of these platforms do help some groups of people and communities to share rides among themselves but for a majority of people who look for shared rides, these apps don’t work. There are too many hassles. People have to post about their scheduled ride (either offering a ride or needing a ride) on these platforms and then wait to find other people who could share the rides and the cost. Even when people find co-travellers there are too many issues such as deciding the pickup order, fare split etc. And in the end, there is too much dependence on the car owner.

Instant ride-sharing apps have two major issues: availability and fare uncertainty. It is difficult to rely on availability at last minute with these apps, especially when you are traveling to airport or railway station. Even if you get a ride, the price varies a lot with time and location. Often the fare is only 20-25% lower than the regular cab fare.

Looking at the pain points in the existing ride sharing ecosystem, SlimRide was started as a unique end-to-end ridesharing service which would offer everything from booking seats for customers and optimally pooling the customers to providing the vehicles to complete the rides.

The solution is very different and offers several advantages over all the three types of services which might seem similar: instant ridesharing apps, carpooling platforms, and on-demand shuttle services.

In essence, SlimRide as a solution is similar to booking a seat in a bus, plane or train. It promises to bring together affordability, quality, reliability, safety, and environment-friendliness in a single service.

Currently, they have a web-based booking platform where customers can book a ride in few simple steps.

SlimRide started in June 2015 with airport service and currently provides railway station and office services as well. They focus exclusively on foreseeable travel needs of people and identify areas where shared rides can be provided profitably, on a large scale. A major portion of road travel (both intra-city and inter-city) is known to customers in advance and SlimRide believes that technology and proper service design can be utilized to create shared transport services benefiting all the stakeholders: customers, drivers, company, and the environment. They see huge potential in these four major segments: Airport Transfer, Railway Station Transfer, Daily Office Commute, and Inter-city travel. 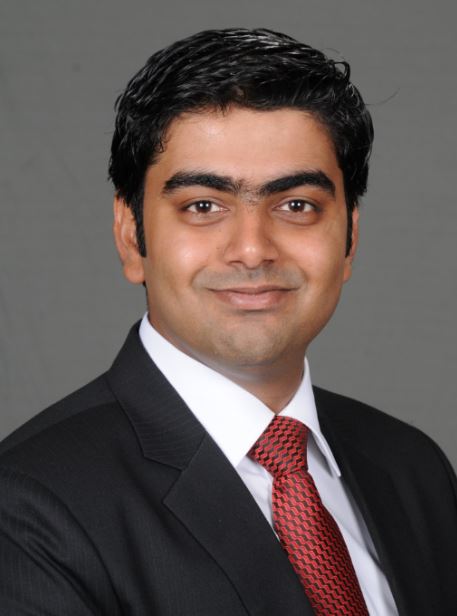 SlimRide was founded by Kumar Ashlesh. He completed B.Tech in Mechanical Engineering from IIT Bombay in 2009 and MBA in Operations & Finance from ISB Hyderabad in 2014. He has close to 4 years of professional experience in R&D, Engineering, & Project Management roles, mainly at Defence Research & Development Organization.

“I always felt bad seeing so many cars on road either moving empty or with a single occupied seat. Sharing rides seemed the obvious solution but it didn’t seem to work with existing carpooling platforms. However, the idea of starting a ride-sharing service to help solve India’s urban commute problem came after a rather strange moment at Delhi airport in July 2014. While standing in queue at the prepaid taxi counter I found out that the two individuals standing next to me were going to places close to my destination. I suggested that all three of us share a taxi and split the cost. However, they were worried about who the taxi will drop first and also a little sceptical about travelling with two complete strangers and refused. They both purchased about Rs. 500 prepaid coupon and I had to shell out Rs. 470. To me it seemed completely ridiculous to spend almost thrice of what I could have, with practically the same comfort and travel time. I decided to explore and understand the ride-sharing industry and within few weeks started working on a feasible solution.”

Currently SlimRide is a very small, but strong, team whose sole purpose is to build technology and services which are delight to customers, without any hassles. They currently provide shared rides for airport, railway stations, and offices in Bangalore. They have three full time employees and are in the process of hiring few more people over the next few months. They also have some highly experienced advisors who are responsible for providing technology vision & leadership, team hiring and team guidance.

SlimRide has become the preferred choice for many people in Bangalore. They see most of the first time customers coming back again and again to use their services. They have been on a journey to create a quality and affordable service that delivers what it promises. Building customer trust has been their motto from day one and they had their share of initial struggles in building and maintaining a high quality service that it is currently known for.

Initially after launching their confirmed shared rides, they saw that even after mentioning clearly on their website many people couldn’t believe that they would be providing a car for sure even without having a co-traveler. They had to talk to almost all their initial customers to clarify their doubts and help them understand how the service works.

Getting cab drivers to work with them was another challenge. As they were a new player, drivers were sceptical to go on board. But more importantly, it was the ridiculously high incentives offered by the major cab companies that dissuaded the drivers to go with SlimRide. However, they came with different and assured payment structure to initially get a few to work with them. Now they have many drivers and operators working with them in different manner.

“In the initial few months of our launch we realized a gap between what our service was and what people assumed it to be. While we mentioned very clearly that we are a shared rides provider, people were simply assuming us as a low-cost airport service. What happened because of it was that we kept on getting many requests every day from people who were hoping to get a full cab in Rs. 350-400.”

For SlimRide it became difficult to handle so many requests with limited resources when a majority of them were not converting into bookings. At the same time, many people thought that SlimRide had lied to get them in the door. They changed their messaging and description of their offerings in a way to leave no doubt in customer’s mind. It helped them deploy their valuable and limited resources on potential customers.

“I think presenting a complete and clear picture of your offerings helps a company as well as customers in saving time, resources, and unnecessary anguish.”

When they launched it was given that they will be carrying single passengers in most initial rides. However, they wanted to get customers’ reaction/feedback to an actual shared ride, shared with other traveller(s).

“So, I donned the hat of co-traveller for several initial rides where I sat as an actual passenger going to airport. To create an actual shared ride experience, I would instruct the driver to act as if I’m a passenger, including taking full fare in cash at the end of the ride. It turned out to be very useful and interesting exercise.”

Most of their early adopters seemed at ease during a ride (in the presence of a stranger) and were open to strike a conversation with fellow traveller. Though Ashlesh had to travel to and from airport on many days, especially quite early in the mornings, it was an important and memorable exercise which gave him many insights in customer’s reaction and behaviour during a shared ride.

SlimRide has been getting many requests since the launch in Bangalore to start in other cities, especially the top six cities. They plan to launch in Hyderabad in few months and then in Delhi after that. They are currently raising funds for further growth and expansion and are in talks with few angel and VC funds.