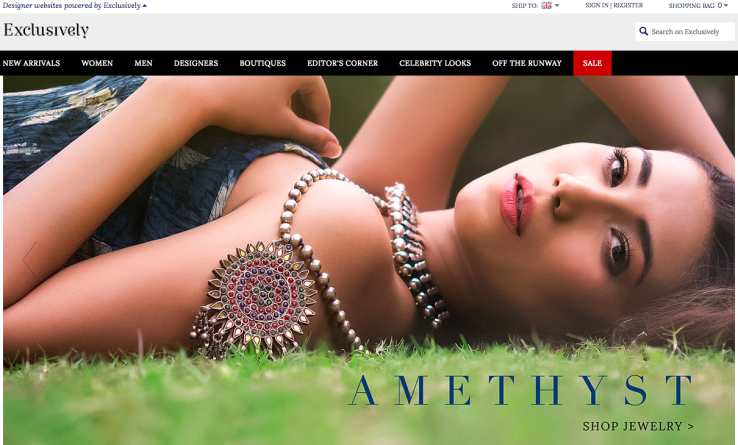 One of the largest online market places in India, Snapdeal has acquired Exclusively.com, a luxury fashion portal for an undisclosed amount. This acquisition will mark Snapdeals entry into the high end fashion segment.

The acquisition is expected to take Snapdeal’s Gross Merchandise Value (GVM) From its fashion business to $2 Billion in 2015. The total GVM of Snapdeal at this point is $2 Billion of with about 60% (more than $1 Billion ) comes from its fashion business. It was also recently reported that Snapdeal is targeting $10 billion (about Rs 62,000 crore) in GMV by the end of 2015.

Commenting on the announcement, Snapdeal Co-Founder and CEO Kunal Bahl said to Economic Times “Snapdeal has always operated ahead of the curve in the e-commerce space, especially when it comes to category leadership.”

Exclusively is expected to continue its functioning as an independent firm and the acquisition from Snapdeal is not expected to cause many changes in its operations. Manish Malhotra, Tarun Tahiliani, Manish Arora, Anita Dongre, Rohit Bal, JJ Valaya, Ritu Kumar, Varun Bahl and Neeta Lulla are some of the designers whose collections are featured on Exclusively.