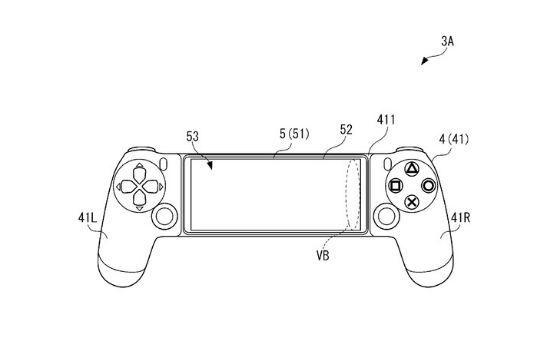 Sony is said to have patented its own version of a controller that clamps onto a smartphone and serves as a grip for the device. As one might expect, this version of the device contains PlayStation-style buttons, joysticks, and triggers. Overall, the reported new IP appears to be a smartphone-only DualShock.

Sony’s own-brand controllers for its PlayStation systems are among the most well-known and widely utilized in the industry. Now, there’s a rumor that the Japanese gaming behemoth is planning to introduce a new and odd variation shortly.

According to a new patent supposedly discovered by VideoGamesChronicle, this explains what may be Sony’s solution to gadgets like Razer’s Kishi. It may function as a standard controller, except that it plainly has the ability to stretch outwards till it can fit around a smartphone lengthwise.

As a result, the overall look is of a stretched-out DualShock 4 with a (probably Xperia 1 III-sized) touchscreen in the middle. As a result, its layout closely resembles that of this controller, complete with the recognizable diamond of shape-buttons.

It’s unclear why Sony would want to enter this market today, especially when many wireless controllers (including DualSense-series products) can function with cellphones. It might hint that the OEM plans to expand into the cloud or mobile gaming in the future, or that it just wants to give gamers the choice of a more Nintendo Switch-style UI in the future.

The controllers seem to be earlier DualShock 4 variants rather than the newer DualSense kind. They have a “left-side grip segment and a right-side grip part gripped by the user’s left and right hands.” It has the standard thumbsticks, the D-Pad, action buttons, and triggers at the top (shoulder buttons).

According to the drawings, the device looks to be heavily influenced by Nintendo’s Joy-Con controllers, and it even allows you to connect to a bigger screen. Unfortunately, so because mobile controllers utilize Bluetooth signals to connect, this feature may be limited to PlayStation console users. It’s unclear whether this will allow cloud games or remote playoff the smartphone.

Regardless of the fact that they will be centered on the defunct DualShock 4 design, these new mobile sticks may also provide tilt controls. According to one section of the invention, “a shaft part that may be tilted by the user, and detect the tilting direction and tilting amount of the shaft portion.”