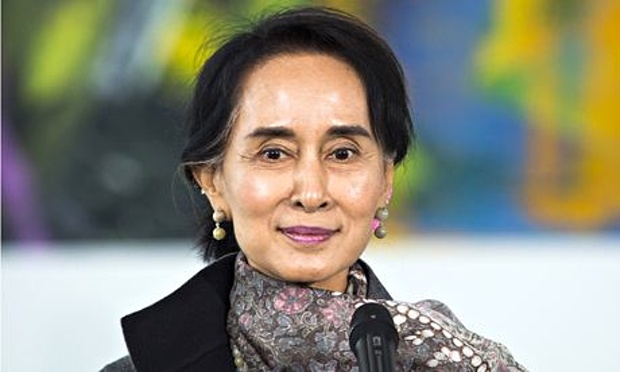 Regardless of how you define ‘What is success?’ or ‘What it takes to be a leader?’, there are a great number of common characteristics that are shared by successful leaders. For the gist, let’s consider few of these characteristics:

“If you want to bring an end to long-standing conflict, you have to be prepared to compromise”.

“By helping others, you will learn how to help yourselves”.

“If you do nothing you get nothing”.

“When you decide to follow a certain path, you should follow it to the end and not be diverted from it for personal reasons”.

The list is never ending and you are most likely to agree to them. But for the time given, it is of utmost importance to know the most striking feature of all the above mentioned thoughts: that they all are thoughts of one of the greatest leaders of present time- Aung San Suu Kyi, born on 19 June, 1945, in Rangoon.

Aung San Suu Kyi is Chairperson and General Secretary of the National League for Democracy (NLD) in Burma. The winner of the 1991 Nobel Prize for Peace, Aung is an opposition leader in her home country of Myanmar. She is known to be a leader to initiate a nonviolent movement toward achieving democracy and human rights in her country. For her active involvement in the struggle, she was subjected to house arrest in Burma for almost 15 of the 21 years from 20 July, 1989 until she was finally released on 13 November, 2010.

Lately, she has revitalized the movement to attain democracy in Bhutan. She is in news again after she announced that her National League for Democracy (NLD) party will contest elections in November despite her being barred from the presidency. She has been barred from contesting because of a constitutional provision which excludes those with foreign children. She bears two sons from her late British-husband. However, this does not prevent her from keeping her struggle on, exhibiting an unprecedented example of leadership skills.

Watch this documentary by Anne Gyrithe Bonne to Know all about Aung, her initial days, her struggle and the journey so far to bring democracy and attain human rights in Burma; setting exemplary leadership skills to become to be known as ‘Lady of No Fear’.