Recently a user shared the experience of using the Tesla autopilot which was released earlier this month. It shows that the vehicle saw the yellow moon which was in a lower position and considered that as yellow traffic light. The vehicle started to slow down. 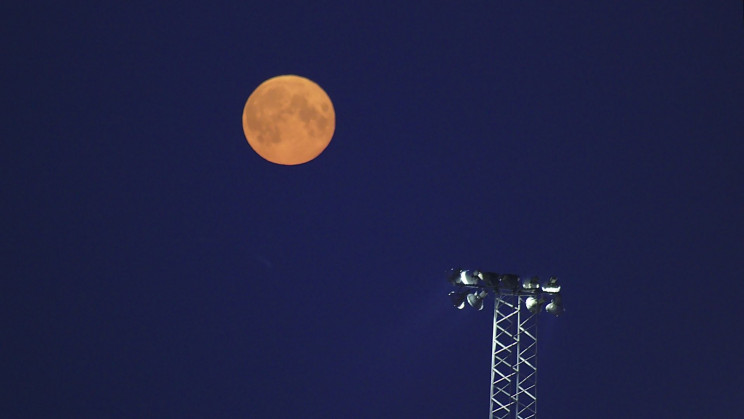 The incident might seem funny in some aspects. But considering that the vehicle just thought a yellow round light to be traffic, makes us wonder if any yellow light could be used to track the car. Any building could have a yellow lighting system to its window or some other decoration. Tesla cars shouldn’t simply slow down to all such lights, but possibly will.

Hey @elonmusk you might want to have your team look into the moon tricking the autopilot system. The car thinks the moon is a yellow traffic light and wanted to keep slowing down. 🤦🏼 @Teslarati @teslaownersSV @TeslaJoy pic.twitter.com/6iPEsLAudD

After the release of the monthly subscription of Tesla’s FSD at $99 – $199. Every day new features are revealed by Tesla users. While replies showed mixed opinions, yellow light could be any light, possibly red. According to Interesting Engineering, the yellow light could be mistaken by a human too.

On this note, the difficulty of developing autonomous cars comes out. While the car brilliantly thought of the light as a traffic light, a pole or other things could have been observed by the car too. Recently Elon Musk said that the vehicle will be able to listen to sirens and other warning signs. But now it looks like they need to work on both cameras and the hearing systems.

Thankfully there was no danger where the yellow moon was visible, and the car doesn’t stop at the yellow light, so it all seems normal. There are other main concerns and the yellow moon is considered nothing. Like Tesla car glitching towards lane dividers, and incoming traffic. This is the time to remind people that Tesla’s autonomous level is only Level 2 according to international standards. This means that the autopilot is only a “driver-assist”. Tesla in Germany is banned from using the word “autopilot” for the very same reason.