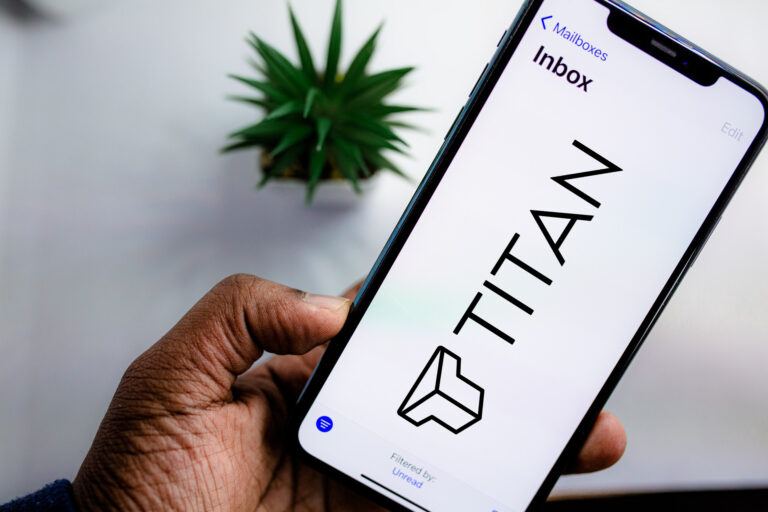 Titan, a professional email platform founded by serial entrepreneur Bhavin Turakhia, announced on Tuesday that it has secured $30 million from Automattic, the parent company of WordPress.com, in its first round of funding.

Titan now has a market valuation of $300 million as a result of this funding. Nova Group, which also owns and operates Flock, is backing the venture. Nova presently employs approximately 150 professionals across India, the United States, and the Middle East. Titan will expand its reach and market its electronic mail (email) solution to Automattic as well as WordPress’s diversified customer base as a result of the funding.

Titan’s e-mail suite, founded in 2018, is primarily available to users as a result of collaborations with significant web presence providers, such as WordPress. Between the open-source software as well as Automattic’s commercial WordPress platform, WordPress handles 42 percent of the world’s websites. Titan gives a professional technique of creating relationships with their customers over email while they work on their website for anyone creating a new website using WordPress.com.

Titan currently has 100,000 consumers, with Turakhia hoping to increase that number to four to five million in the next two to three years. The features of Titan are intended to connect businesses connect to their customers in an efficient manner. Users can use Titan’s Scheduled Send option, for example, to send new emails when they’re most probable to be opened. Organizations can also use Follow-Up Reminders to ensure that they are consistent when following up on leads. Titan furthermore comes integrated Email Templates, which allow users to send out new emails as well as recurring responses without having to compose them from scratch.

Turakhia has a track record of being a successful serial entrepreneur and is undoubtedly one of the few entrepreneurs who is handling three successfully established startups simultaneously. After co-founding Directi with his brother, Divyank Turakhia, in 1998, the two brothers sold the company to Endurance in 2014 for $160 million (now Newfold Digital).

Turakhia later founded Radix, a leading internet domain registrar, as well as Zeta, an emerging leader in innovative financial services for customers across the globe. Radix has grown rapidly in the internet domain registrar (ngTLD) player market, now handling over 5 million domains. Radix captured more than a quarter of the market share of newly gTLD domain registrations in 2020 with a portfolio of only 10 TLDs. Turakhia also manages Flock, a Slack-like enterprise messaging service.