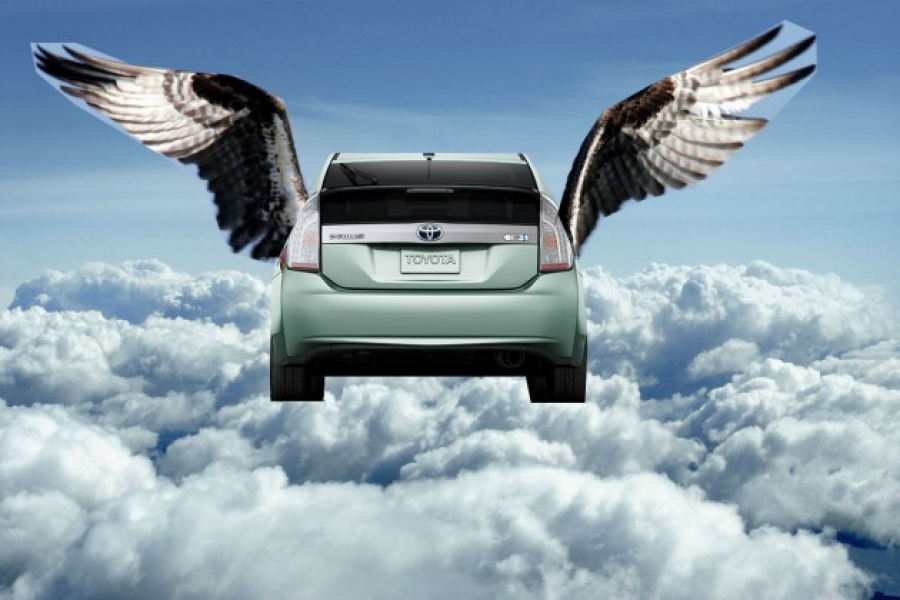 It’s not the first time Toyota’s patent filing revealed a flying car. Earlier they filed a patent application in Dec 2014 which got published as 20160176256 in June 2016. This patent revealed a flying car which hides its wings inside the body of the car while driving and unfurls them when it’s ready to take-off for flying.

Even before that, in Mar 2014, Toyota filed another patent application for a flying car which got published in Sep 2015. This version of the flying car has four wings hidden under the roof which could be deployed on the press of a button.

The recently published patent application, 20170240270, is on a system that helps increase the lift generated by the body of a flying car. Like the older versions of flying cars by Toyota, in this one also, wings will be protruding laterally from the car body. 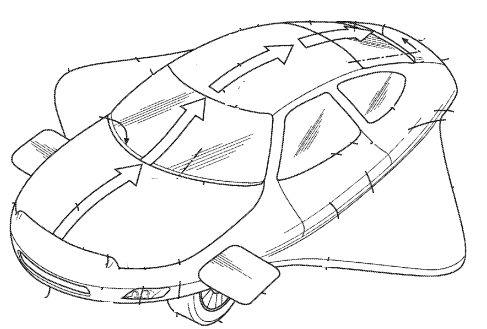 The patent application mentions installing various control surfaces that we see in aircraft – vertical stabilizers, for example – to increase the lift generation. And of course for controlling the airborne car!

Also, the lift increasing system will include airstream injection nozzles. It will discharge pressurized air stream which will increase lift by flowing over the front windshield and roof of the car.

Have a look at the image below. You can see the injection nozzles near to the windshield. The arrows represent the direction of the pressurized air stream. 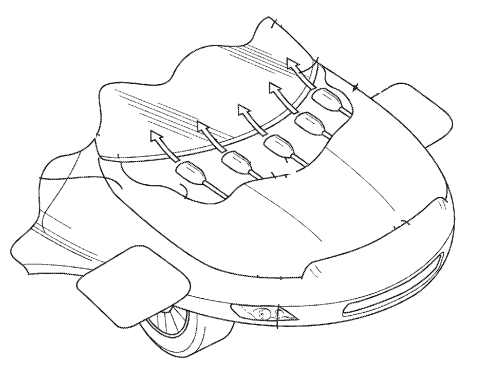 Taewoo Nam, the inventor of this patent, was co-inventor of Toyota’s patent application on flying car filed in Dec 2014. I think the trio of Taewoo, Robert and Umesh is working on this skunkworks. And being the kind of company Toyota is – it really is a big company, it has full potential to make flying car a reality.