UK Police are seeking the Government to change the law and allow them to freeze cryptocurrency-related accounts. Police from Scotland say that account-freezing is not an option for cryptocurrency. So, police officers find it very difficult to put a stop to these fraudsters from money laundering.

A retired officer at the Metropolitan Police, Mike Gallagher says laws about freezing accounts or assets are outdated. Hence, laws don’t say that freezing cryptocurrency is legal or not. Mike retired last month after serving 37 years of his life.

Gallagher continues by saying that it is necessary to have laws related to cryptocurrency similar to cash-based crimes. Cryptos are invisible and it goes around in the world in seconds without leaving a single trace. Hence, it becomes difficult for the police to find out the criminal or group of criminals responsible behind it. Gallegher continues by representing that cryptocurrency is very fast but legislation is slow. With the crime rate increasing at a rapid pace. it is of utmost importance that some laws also apply to crypto as well. He also adds to his conversations about the support by the Government.

Cryptocurrencies are a digital currency where transactions are recorded via Blockchain, rather than any central authority. And, this particular way actually makes tracking the cryptocurrency very difficult. The transactions of any crypto like bitcoin, Ethereum, or even dogecoin are completely anonymous and they also encrypt the following data.

People sometimes abuse even the best things in the world. Cryptocurrency is one of them. My tone might sound biased but let’s dig deep a little. The crypto geniuses made crypto anonymous and encrypted them to avoid any identity theft or related crimes. But, some fraudsters are using the same feature to commit crimes related to laundering money and asking for ransoms. 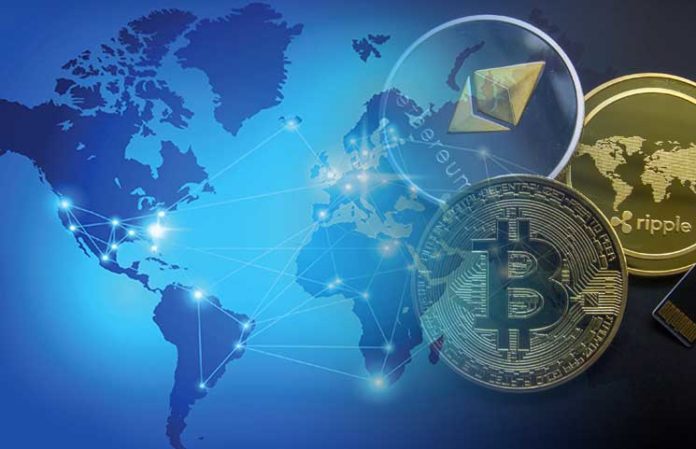 It is not a history of companies paying millions of dollars to come out from a ransomware attack. Many people are saying to ban cryptocurrency but we don’t think that will solve these issues. Chainalysis is a cryptoanalysis firm and they say that amount of funds behind ransomware attacks have gone up to half a billion dollars. Companies are paying cryptocurrencies for these ransom attacks but they are not reporting to the Government.

What people have to say about crypto…

Although many of us love the idea behind cryptocurrency people were asked if bitcoins are somewhat responsible for these asked. And every person has a very distinct perspective towards it. Philip Reiner, CEO of IST (Institute for security and Technology) says without a doubt. Michael Daniel, Task Force Co-Chairperson says without any question bitcoin is somewhat responsible. Pamela Clegg, VP of CipherTrace says the path of cryptocurrency has the least resistance.

There are people using cryptocurrency for the wrong reasons. Cryptocurrency is the future in the world of Finance if people stop abusing the power of anonymity.

Do you think UK Police is on the right track about cryptocurrency? Express your thoughts in our comment section below and if you love it don’t forget to like it. Also, share with your close ones.