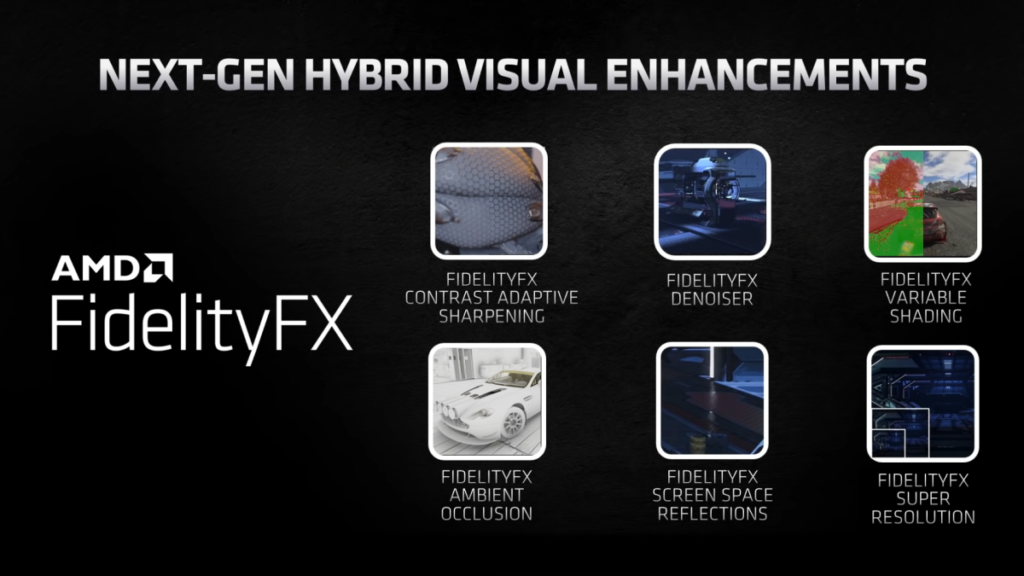 AMD FidelityFX Super Resolution is an open-source cross-platform platform-based technology designed to increase frame rates and provide a high-quality gaming experience in high resolution. FSR provides broad support for more than 100 AMD processors and GPUs and delivers up to 24x more performance (average performance mode) compared to native resolution2 at 4K in selected titles. FSR offers four quality settings: Ultra Quality, Quality, Balanced, and Performance, which allows players to set the balance between image quality and performance based on their preferences. This provides high performance and a breathtaking gaming experience with the most sophisticated visual features, including raytracing. 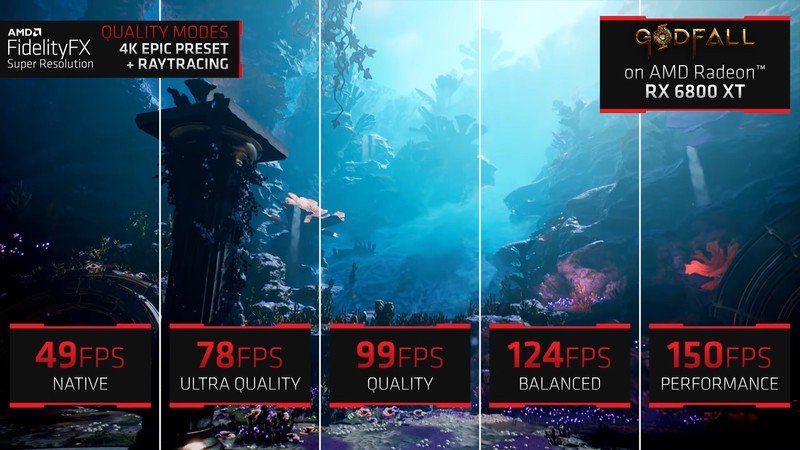 In performance mode, 4K playback at 1080p affects image quality but AMD points out that the FSR delivers 2.4 times more frame rate on average than RX 6000 series cards, according to AMD benchmarks. For titles such as Counterplay Games and Godfall 6800 XT, AMD states that FSR lowers the average frame rate up to 59 frames per second (fps) to 144 fps. Depending on your personal taste, this may be enough to exceed the performance mode in image quality.

Upscaling is the process of analyzing the source image to identify edges and reconstruct them to a higher resolution target. This technique takes an image rendered at a lower resolution than the native resolution is defined by the player and performs two passes to improve its visual quality to the extent that it is more similar to the original resolution. 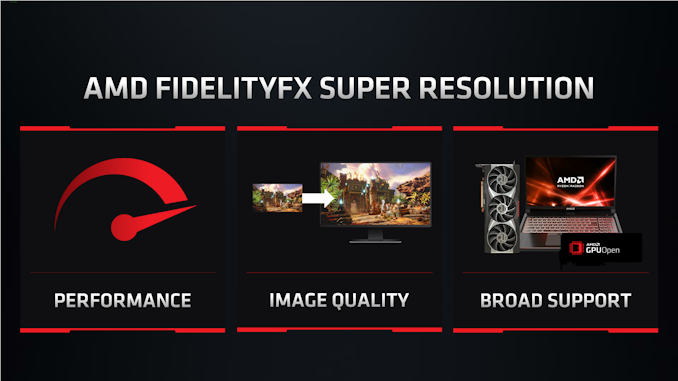 AMD has taken a long time to prepare its own upscaling feature, but as of today they are finally ready for the competition, they just need to bring support for more games. In particular, the update to DLSS 2.0 is very popular with gamers as it gives them a free refresh rate of 50-100%, which will be useful for games that use raytracing.

The idea of extended upscaling is not too dissimilar to the concept behind NVIDIA’s deep learning sampling. AMD has caught up and introduced its version of sampling, the Fidelity FX Super Resolution (FSR), which we will review today. At its core, both AMD’s FSR and Nvidia’s Deep Learning Sampling (DLSS) share the same goal: to enable lower-resolution rendering with minimal loss of image quality while improving performance, but where they do it is different. AMD says that do not be afraid to use its highly scaled solutions to improve performance while maintaining high image quality, and Fidelityfx Super Resolution focuses on the FSR to bring a big frame rate increase through highly scaled low-resolution inputs, combined with high-quality high-resolution graphics for games that need it. 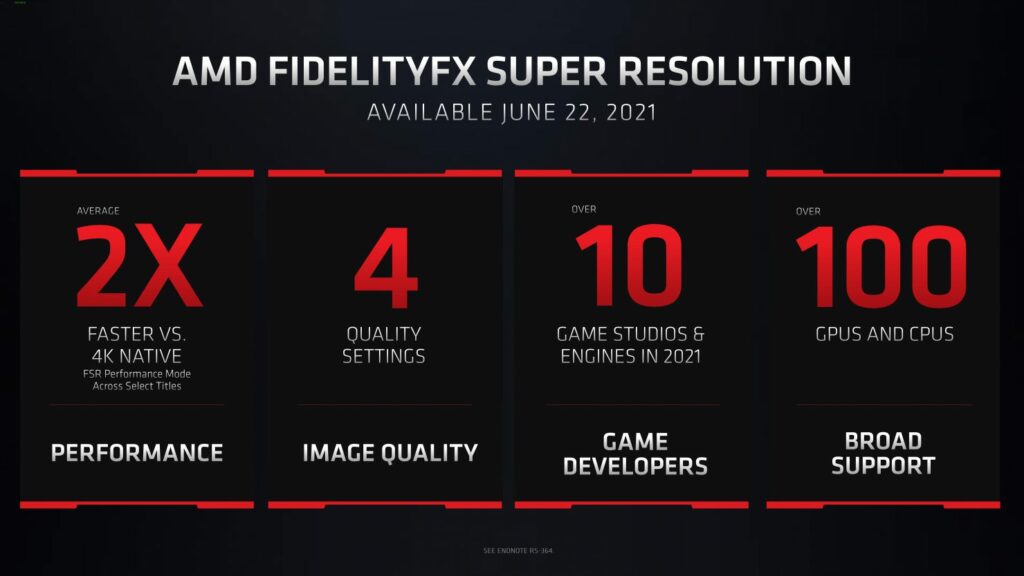 How the input resolution algorithms work depends on the FSR quality mode selected by the user. The end result of FSR at higher-resolution gaming settings (for example 4K and 1440p) is an input resolution workload that is one-third (or only half) of the target game resolution required to render the output image, which is close to the native 4K / 1440p / higher resolution images. At 4K the output is native 3840 x 2160, at ultra quality 2954 x 1662.

At a high level, the technology essentially delivers a lower resolution image and then scales it to a higher resolution for a sharper, more detailed overall picture with better frame rates. FidelityFX Super Resolution goes its own way with vendor lock-ins and special hardware requirements, but DLSS 2.0 is inevitable – at least in terms of image quality and performance. 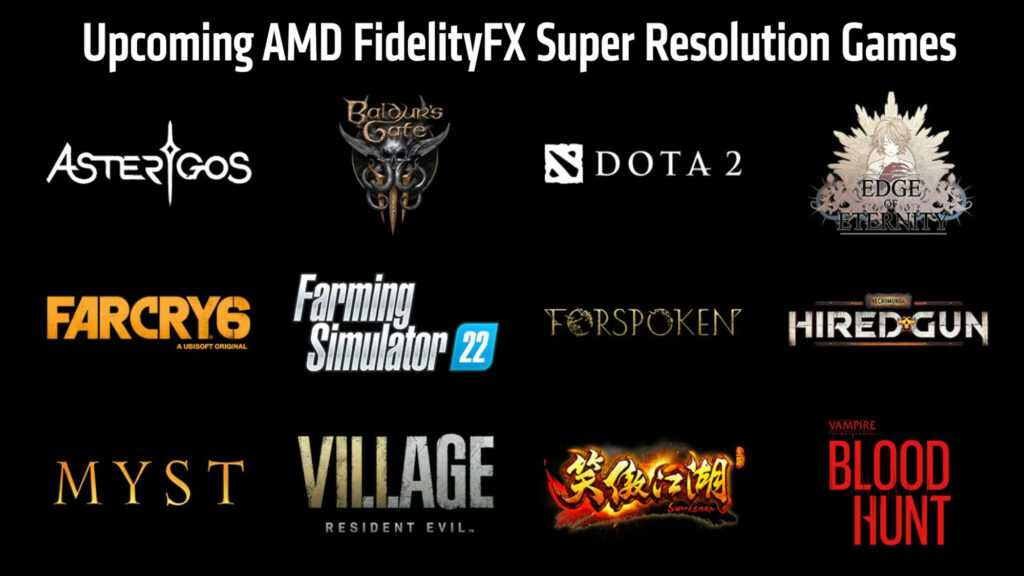 You can expect the upscaling to take place with more artifacts, and you will find that the balanced performance target is a compromise, but we can say the same for the DLSS performance modes. Now we come to the comparison of the image quality between FSR and DLSS, where we have to fight to guess which game will give the answer in the end. It is a pity that there are no DLSS 2.0 games that support FSR because that would be real image quality comparison fodder so we’ll have to wait till we get our hands on FidelityFX Super Resolution.