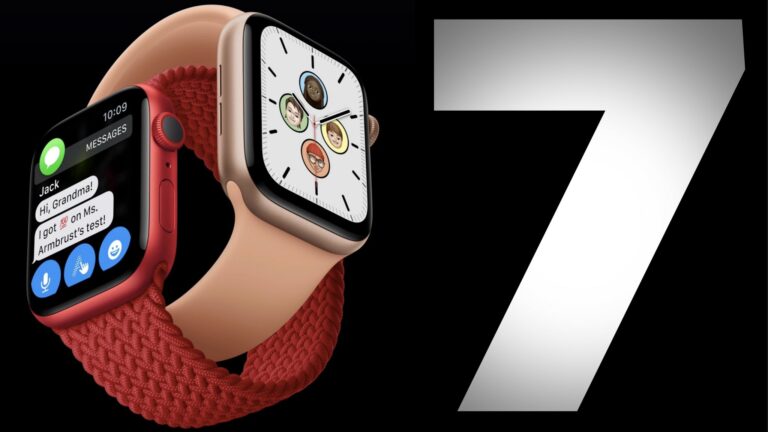 The Apple Watch Series 7 has been revealed according to a fresh story. The company’s next-generation smartwatch is expected to include a smaller “S7” processor, which will free up more room for other internal components. The Apple Watch Series 7 will have a new double-sided SiP, according to a paywalled story from DigiTimes (System in Package). ASE Technology, a Taiwanese company, will manufacture this new chipset. ASE Technology verified on its official website that its dual-sided technology will allow for module downsizing. In other words, the company’s newest smartwatch might be powered by a smaller “S7” chipset.

The iPhone manufacturer is currently planning to release the Series 7 Watch in September of this year. This year’s debut date corresponds to the previous generation’s announcements.

The company is also said to be experimenting with smaller display bezels and a new lamination method that might bring the display and the front glass cover closer together.

Similarly, we recently reported on a smartwatch with a new flat design as well as a new mint green color option. According to previous reports, the forthcoming Watch Series 7 will include a blood glucose level tracking capability as well as a body temperature tor sensor.

While no official confirmation has been given by Apple, there have been rumors that the Apple Watch Series 7 will include extra health monitoring technology. In 2018, Apple filed a patent for an optical sensor that could scan at higher depths.

This may be used for blood glucose monitoring, which would be very useful for diabetics while also providing a useful health statistic for everyone. Normally, blood glucose testing entails a pinprick and a drop of blood; however, optical readers are being investigated by several medical companies.

If Apple can produce an Apple Watch with this upgraded sensor, it will be a technical milestone on par with the Apple Watch Series 4’s ECG capabilities. A blood pressure sensor was also mentioned in a patent, which would be a major win for Apple’s health-related endeavors.

There has also been talking of an Apple Watch with a more robust design. Although stainless steel and titanium are already available, a rubberized coating may help with scratch resistance.

Customers may anticipate a faster CPU and a sharper display when the Apple Watch Series 7 is introduced. The prospect of a microLED display for the Apple Watch has faded, but it was mentioned last year.

This might improve the always-on capability, allowing for maximum brightness throughout the day rather than the Series 6’s dimming while the arm is down. Although an Apple Watch presently requires an iPhone for initial setup, several features may be used without one.

If the 2021 model eliminates this need, sales are likely to surge when it becomes available to Android phone users. Apple’s drive to improve the world’s most popular wearable will continue with the Apple Watch Series 7.