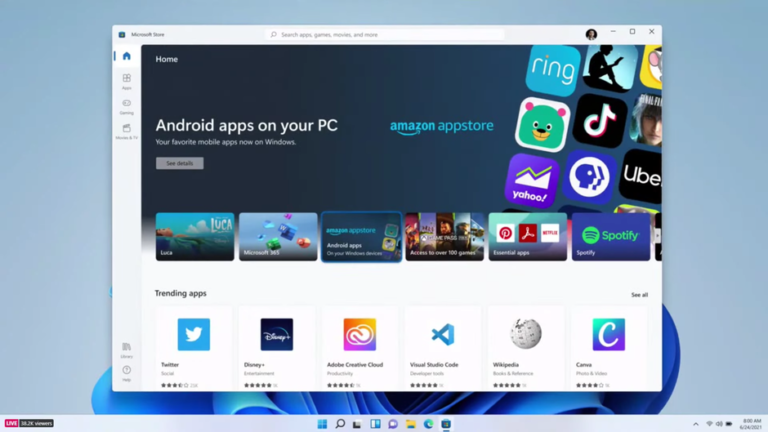 Microsoft has recently released its latest iteration of the Windows Operating System- Windows 11 and honestly, it is a big upgrade from all the previous year’s Windows. The design is more modern, elegant and sophisticated to look at. The software looks and feel very smooth and offers a seamless Windows experience, something that makes us love our Windows PCs.

Having said that, the release did not offer the full set of features as was introduced during the grand unveiling at the Microsoft event. Yes, I am talking about the Android app support in Windows 11 which is one of the most intriguing aspects of the new Windows experience. Prior to the launch, there were a lot of talks about this alleged new feature where Windows 11 will be able to run Android apps on PCs but the feature did not arrive with the Operating System’s official launch.

Having Android apps support or ‘Multiple-instance support’ for Android apps in Windows 11 is a big deal because Microsoft has never pulled something like this before. Although, it is a programable feature on the latest Windows but it will be very much relevant as and when we start using it.

Anyhow, Microsoft has not spoken anything about the compatibility of Android apps on Windows 11 and considering the appearance of the new Windows Subsystem for Android on the Microsoft Windows Store, we can hope that the new feature launches soon. Forget the launch for a second and let’s focus on when it will be readily available for testing under the Windows Insider Program.