This hustler got into Y Combinator 2 months late, here’s how he did it !

There are these startups for startups, they are quite popular today. In fact, I’d say you’ve been living under a rock if you haven’t heard of them.

If you know someone doing a startup, or if you are working on one yourself, let me know if the below names ring a bell.

This was point two.

You don’t have to be a Sherlock fan to deduce, today’s story is related to Y Combinator.

Y Combinator is one of the most reputed accelerators on the planet. Though, they don’t prefer to call themselves an accelerator, people die to get in. They have this cult following like that hot girl in your high school who had even the nerds following her.

Founders believe, once they get into YC the road becomes a little more stable. They have every reason to think so. Once you show that people at YC think you are worth something, you’ve already established credibility.

A startup conference you RSVP’d to won’t decide their menu without taking your likes and dislikes into account.

Now that we’ve talked enough about YC, let focus on the star of today’s story.

If you follow the Silicon Valley blogs, you might have heard the name Instacart. Instacart is an on-demand grocery delivery service. They promise to deliver your order in 1 hour.

Apoorva Mehta, founder of Instacart wanted to get into YC. He was ready to do anything it took to get in.

But, there was a teeny tiny problem. Not big, just a small problem.

The problem was, he had missed the deadline, by two months. 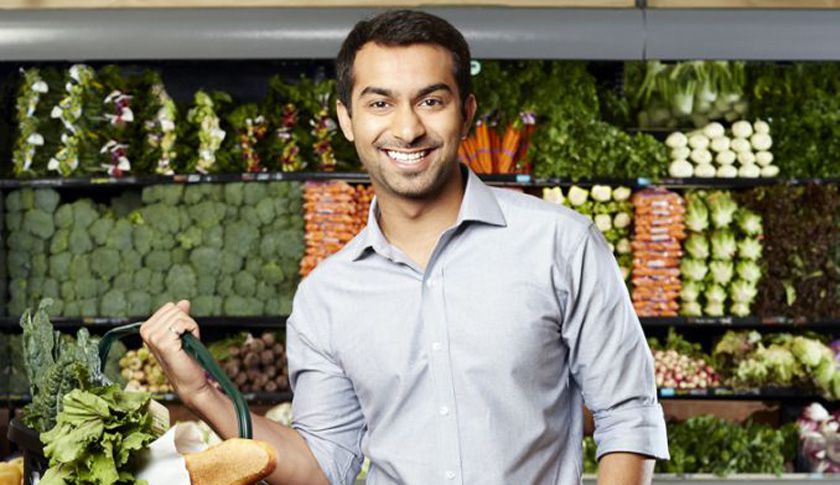 No, I am not joking. It wasn’t laziness, he probably just didn’t know about it then. By the time he learned, the deadline had taken past tense.

YC isn’t your municipal office, you can’t bribe or influence your way in if you’ve missed a deadline. Apoorva knew that.

He had a plan.

Let me rephrase that. He had a master plan.

He believed that if the partners witnessed his product and service first hand they’ll fall in love with it and let him in.

That was just a hypothesis. But, like every hypothesis, no matter how stupid or intellectually amazing it sounds, it has to be tested.

He got to work. He emailed every YC alumni he knew asking for introductions and almost all of them gave him one. (This is something YC is proud of, their Alumni network is amazingly helpful.)

He emailed every partner he was introduced to asking them to let him in.

All of them had one clear answer, NO. But, the last one of them gave him some hope.

“You could submit a late application, but it will be nearly impossible to get you in now.”

This isn’t a No, Apoorva thought.

Read the lines again, he didn’t say it was impossible, he said it was nearly impossible.

Apoorva opened his app and placed an order of a 6 pack beer for Garry. Got one of his drivers to deliver the pack to Garry’s place.Half an hour later, he received a call. “What is this?” Garry asked. “This is Instacart!” he responded.

WOOO! The arrow had hit the target.

Garry asked him to come to Y-Combinator the next day to explain his company in detail
Apoorva got there, he had a meeting with four partners. I don’t know what exactly happened in the meeting but, Apoorva said it lasted for an hour. They concluded the meeting by saying, “We’ll call you if you get in”.

Good huh! Or did they just do it as a formality to respect the dude’s effort?
It was the classic “We’ll think about it” response he had with him.

After the meeting Apoorva thought, “This is it! I will get another NO to add to the ones I received before”.

To his surprise (and mine, when I heard the story), ten minutes later, his phone rang.

This is the exact message he received.

“Hello, this is Harj from Y-Combinator. I can’t believe we’re doing this. We haven’t let anyone in this late. Ever. But if you’re interested, we would love to have you. Call me back.”

One of the things Apoorva’s story teaches is to give things a try no matter how small the chance is. In the first place, never stop looking for a chance. If he had just thought that the deadline is missed and he won’t be able to get in now, he would have been proved right. As you wouldn’t have known if your high school crush liked you back, until you asked.

If you don’t ask, if you don’t give it a try, the answer is always NO.