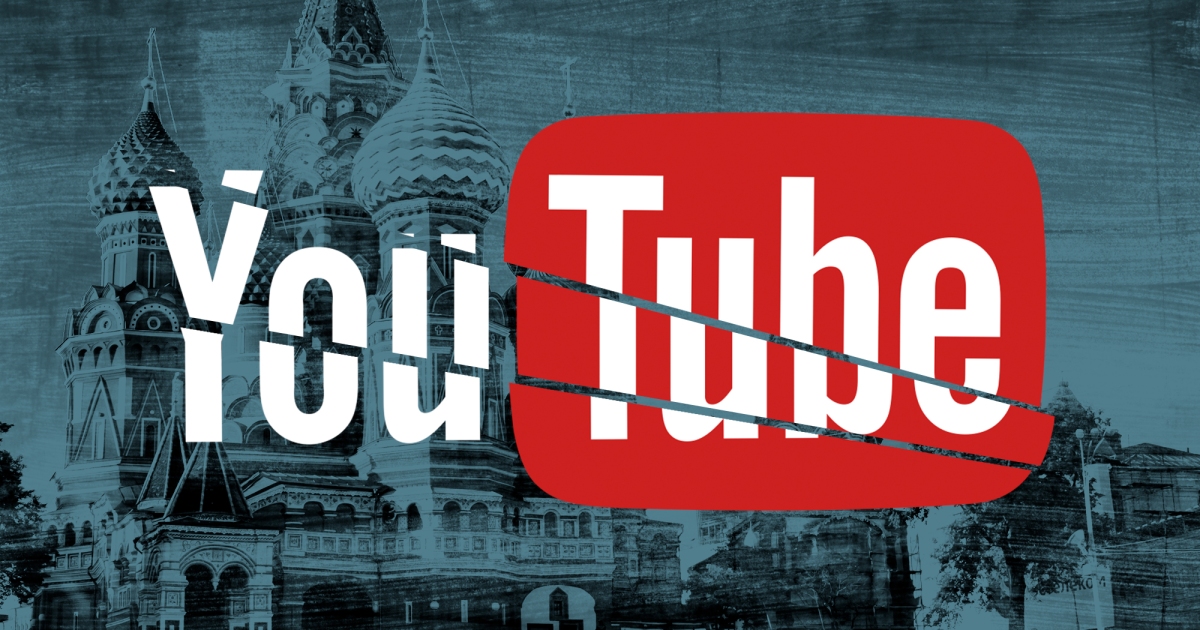 Moscow is threatening to ban Google in Russia, saying that its video streaming service- YouTube could face restrictions after it took down two main channels run by RT’s German-language service.

“All restrictions be lifted from the YouTube channels RT DE and Der Fehlende Part (DFP), run by the news outlet RT, as soon as possible,” says Moscow’s infamous media regulator – Roskomnadzor. As mentioned in a report by RT.com, failure to abide by this requirement would go against the country’s laws which means devastating consequences for YouTube and Google in Russia.

“For such actions, an internet resource can be designated as breaching fundamental human rights and freedoms.”

Roskomnadzor says that YouTube and Google must comply to the country’s norms and laws by immediately removing any and all restrictions from RT’s YouTube channels. If the global technology giant fails to do so, it will be designated as breaching fundamental human rights and freedoms, which would result in a partial or complete ban from the country.

Thus, YouTube and Google must prepare to get banned if they do not wish to comply with Russia’s norms. This is one limitation and challenge which holds back these global companies to work with local governments.

According to reports, RT’s channels broke YouTube’s policies by attempting to evade its community guidelines.

The Russian government has clearly been involved in planning a strike against YouTube and Google in the event of recent elections to remove the opposition’s material from the platform. The video streaming service, after weeks of retaliating and facing the Russian government’s muscle, finally succumbed in order to protect its workforce established on the Russian ground.

Vladimir Putin’s administration is not overtly known as the best government that Russia has ever had and the decisions it takes on day-to-day political activities are proof of this fact.

YouTube says that when we work with local governments, there are multiple things to be taken into consideration, whether it concerns local laws, rules, and policies or whatever is happening on the ground. It is easy for the Russian government to loot off YouTube’s Russia office by forcing its employees to take certain unethical actions.

One of the State’s investigating foreign interference head- Vasily Piskarev says that during the elections, Google, YouTube, Facebook, and Twitter were asked not to comply with the Russian laws and ignore the government’s threats to remove banned content from their platforms.

Russia is home to Hitler and years after his fall, Russians are having to face such unethical means of political actions. What do you think?