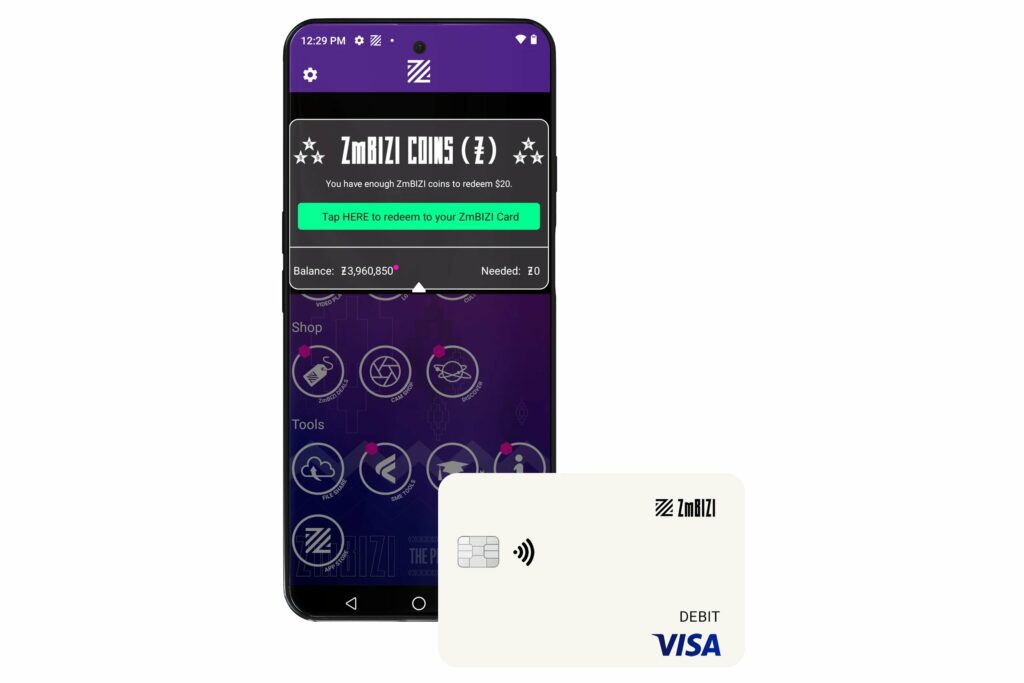 ZmBIZI Z2 phone for $550 pays you for using your smartphone
Image Credits: The Verge

We spend so much of our time on our cellphones these days that they are brimming with valuable data that we inadvertently and readily offer to all of the major internet companies: our purchasing patterns, personal preferences, whereabouts, and much more.

We can’t survive without our smartphones, and tech firms aren’t going to quit monetizing our data without the need for a struggle, so we may as well grab our fair share of the data pie.

That’s the concept of ZmBIZI phones, a minority-owned business located in Los Angeles and funded by fintech lender Street Cred Capital that aims to make our phones work for us. Both its new phone, the Z2, and its proprietary software are intended to share the profits generated by your mobile data with you. Alpesh Patel, the co-founder of ZmBIZI and former director of sales at Motorola in Africa, discussed ZmBIZI’s objectives on both the hardware and software fronts.

The Z2 features several cameras on the rear, as do many phones these days. It contains a 64-megapixel back camera, a 16-megapixel wide-angle camera, a 5-megapixel macro camera, and a 0.3-megapixel photosensitive camera. The Z2 sports a 4,400mAh battery and a dual-SIM slot, but no 3.5mm audio connector.

According to PCMag’s investigation, this phone is most likely a rebranded Cubot X50 with minor changes. It will also operate best on AT&T’s network, with poor coverage on T-Mobile, and is unlikely to work at all on Verizon, according to PCMag.

Most crucially, the Z2 can take contactless payments through NFC, allowing it to be used as a point-of-sale terminal for someone running a food truck, for example, without the need for extra hardware.

This is the first phone with which Visa has collaborated to trial its Tap to Phone program. This implies that instead of downloading a third-party software like Venmo or using a Square card swipe device, users may just touch their existing modes of payment (card or Apple or Google Pay).

The Z2’s primary selling feature is that you can earn ZmBIZI Coins by using associated applications or performing organic smartphone chores. It’s comparable to shopping at cash-back websites like Rakuten, where you earn money back by purchasing from their connected shops.

Each ZmBIZI coin is worth $0.01 USD, and once you’ve amassed at least $20 USD, you may transfer your coins to a digital Visa debit card preloaded on your phone, allowing you to utilize that money in the real world.

According to the website and press materials, you may earn an average of $10 per month with the Z2, although that figure appears to be rather optimistic. Patel described the payment method as follows: when you use your credit card on your phone to make a purchase, the merchant will split a portion of the 3.5 percent processing charge with ZmBIZI, and ZmBIZI will share one-fifth of that amount, evenly divided by the number of users.

This is the amount you may anticipate. Perhaps other things you do on the phone, such as watching advertising, will pay out more, but it’s difficult to know over a brief Zoom conversation with limited app demonstrations.

The Z2 home screen has a circular launcher via which ZmBIZI intends to offer personalized advertising to its customers, allowing them to watch and get paid.

At the present, this feature is more of an idea than a reality. The Z2’s list of selected applications with incentives is lengthy and frequently bizarre; you can view the whole list by lingering your cursor over different app icons on its website.

Who knows if the firm will be able to achieve its ambition of charging its customers for data consumption, or if the venture will just fail. Back in 2017, the FreedomPop V7 phone in Europe promised a “free mobile plan for life,” but the data restrictions (200 megabytes) forced the firm to rethink its approach.

Or the Saygus business, which collected funds in 2006 for a new phone that was never produced and therefore defrauded investors.

If you don’t mind betting on ZmBIZI, you can now pre-order the unlocked ZmBIZI Z2 directly from the company’s website (the phone should be available for sale by November 2021).