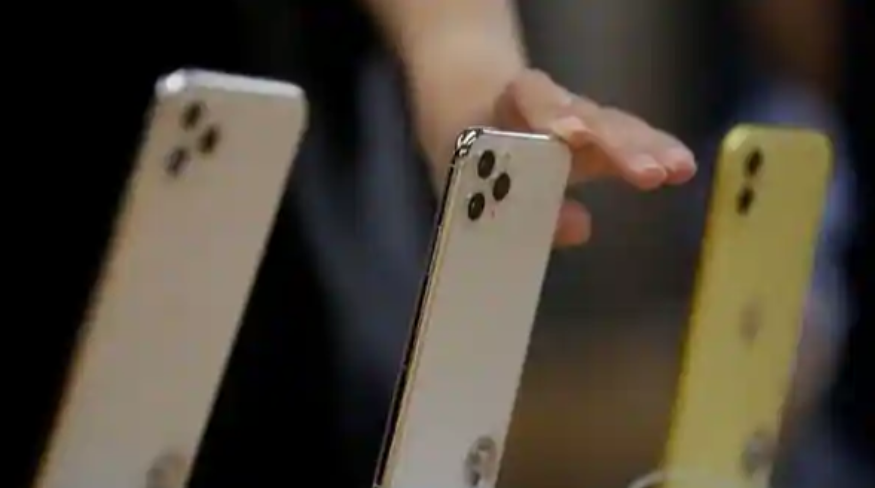 Apple is quite late with getting along with the entire 5G smartphone hype! It all started off with its predecessor flagship, the iPhone 12 line of handsets, the firm has managed to capture 24 percent of the 5G smartphone market in less than a year. According to Counterpoint, by 2022, the figure is anticipated to rise to 33%, with Apple’s iPhone 13 series of handsets expected to help the company sell more 5G gadgets.

In Q4 2021, Apple is projected to ship 200 million 5G devices, bringing the total number of 5G handsets to 605 million. According to the same research, there will be a significant increase in the shipping of 5G Android smartphones, as more OEMs begin to release mid-range and high-end 5G handsets.

The majority of 5G Apple iPhones will be sold in the United States, whereas 5G Android devices will be sold all over the world. As the number of 5G devices grows, more telecom companies will roll out a 5G network that uses the 2.5GHz and 3.5GHz mid-bands to provide improved coverage.

The research makes no predictions about how the Indian market will respond to the 5G network. As a result, consumers may have to wait a few more quarters to utilize the 5G network, with companies like Jio and Airtel anticipated to be the first to do so in India. 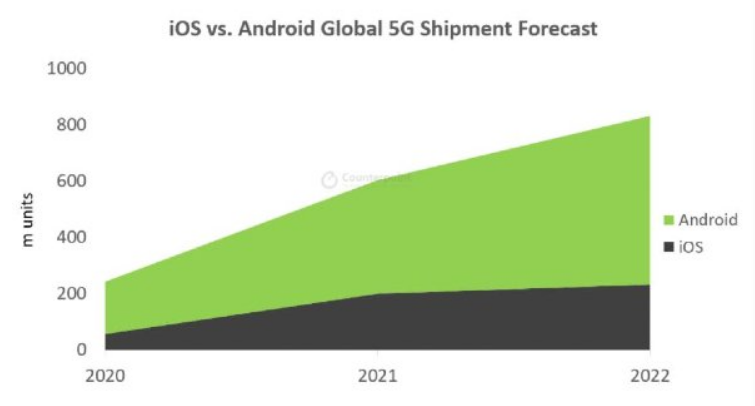 Despite the scarcity of chipsets, the number of 5G devices coming in India is increasing. Samsung, Realme, Oppo, Vivo, Xiaomi, and Realme have all released 5G compatible mid-range handsets that are powered by Qualcomm or MediaTek processors.

Although some prior 5G smartphones introduced in India and few other countries only supported a limited number of 5G bands, subsequent devices now support numerous 5G bands. However, most 5G devices introduced in India do not support the mmWave 5G band, which is a shame because it provides the fastest speeds with the lowest latency.

Many smartphone companies have gone with 5G-based smartphones and have been presenting them with 5G as the “primary slogan,” as is well known. Apple has already established itself as one of the most dependable flagships, and it has a positive reputation in the market. Introducing a 5G smartphone by Apple will undoubtedly pique the interest of those looking for a new flagship smartphone. Furthermore, Apple has been extremely effective in delivering the best pricing to nations such as India, where even Apple’s previous flagships have made record-breaking sales.

However, even though 5G is still in its early stages in many places, it’s fascinating to watch how individuals are using it. We can only hope that fully established 5G bands will be available in all nations soon! For those who are unaware, Apple has scheduled a launch event for September 14th to unveil its new flagship smartphone portfolio for the year (Apple iPhone 13 series). So keep an eye on our site since we’ll be adding additional information about the event there.