The bitcoin hash rate hits a new ATH as the cryptocurrency’s price has been stuck near $30k for a while. It touched 292 EH/s on June 8 before dropping to 212 EH/s at present. Even the hash rate has a lot of volatility, but like BTC’s price action, the long-term trend is upward. At the same time, Bitcoin’s mining difficulty, which was expected to decrease, also jumped by 1.29% on June 8 after the spike.

The rising hash rate of Bitcoin

Bitcoin nearing the 300 EH/s hash rate is a huge achievement within itself. In 2018, Bitcoin’s hash rate started at nearly 15 EH/s, and it ended the year at around 40 EH/s. So, we have already seen a 5-7 times growth in 4 years. As Bitcoin’s usage rises and the mining difficulty increases, miners are also increasing their hash rate. Mining rig manufacturers are also working to make their devices more powerful and efficient. Most rigs are easily touching, crossing 100 TH/s, and companies are continuously pushing the boundaries. Some new announcements of mining devices yet to launch are nearing the 200 TH/s mark.

The huge spike in hash rate is also why the difficulty of mining which was expected to decrease on June 8, actually increased slightly. However, the difficulty didn’t touch a new ATH, which was 31.25 trillion on May 10, 2022. The next difficulty adjustment is on June 21, and till then, we will be at the current 30.28 trillion. The higher the hash rate of Bitcoin mining goes, the more secure the network becomes. The rise in hash rate also shows that the mining industry is positive about BTC’s futures and is continuously investing in new devices. 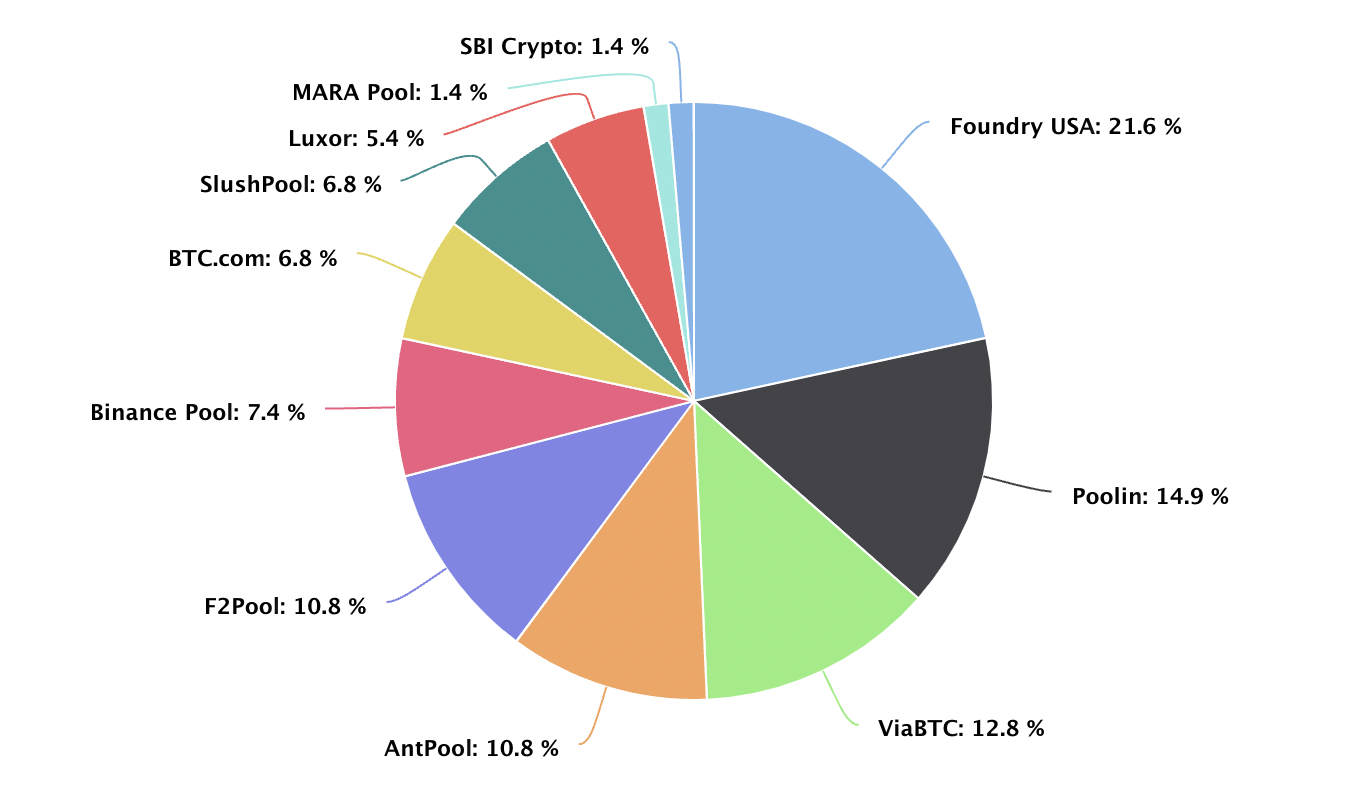 Currently, the largest mining pool is Foundry USA, with a 21.6% contribution to the total hash rate. It is followed by Poolin, ViaBTC, Antpool, and F2Pool contributing 14.9%, 12.8%, 10.8%, and 10.8% respectively. So, it also shows that the top 5 mining pools are contributing to more than 70% of the total hash rate of Bitcoin. This is why Jack Dorsey’s company Block is building a mining rig that will be easily accessible to the masses and just needs to be plugged in for use. This will incentivize people to mine BTC in their homes which will make Bitcoin more decentralized.

What are your thoughts as the Bitcoin hash rate hits a new ATH? And do you think we will soon touch 300 EH/s? Let us know in the comments below. Also, if you found our content informative, do like and share it with your friends.