China’s Evergrande Group was hard to miss during the last Auto Show in Shanghai, China. Opposite to BMW, the company showed off nine concept vehicle models with their brand “Hengchi” (translating to “eternally speeding”). Industry experts and analysts are questioning Evergrande’s ambitious goals which state that they plan to sell a million EVs every year by 2025. Interestingly the company hasn’t produced a single production model or a vehicle that could be sold in the market. 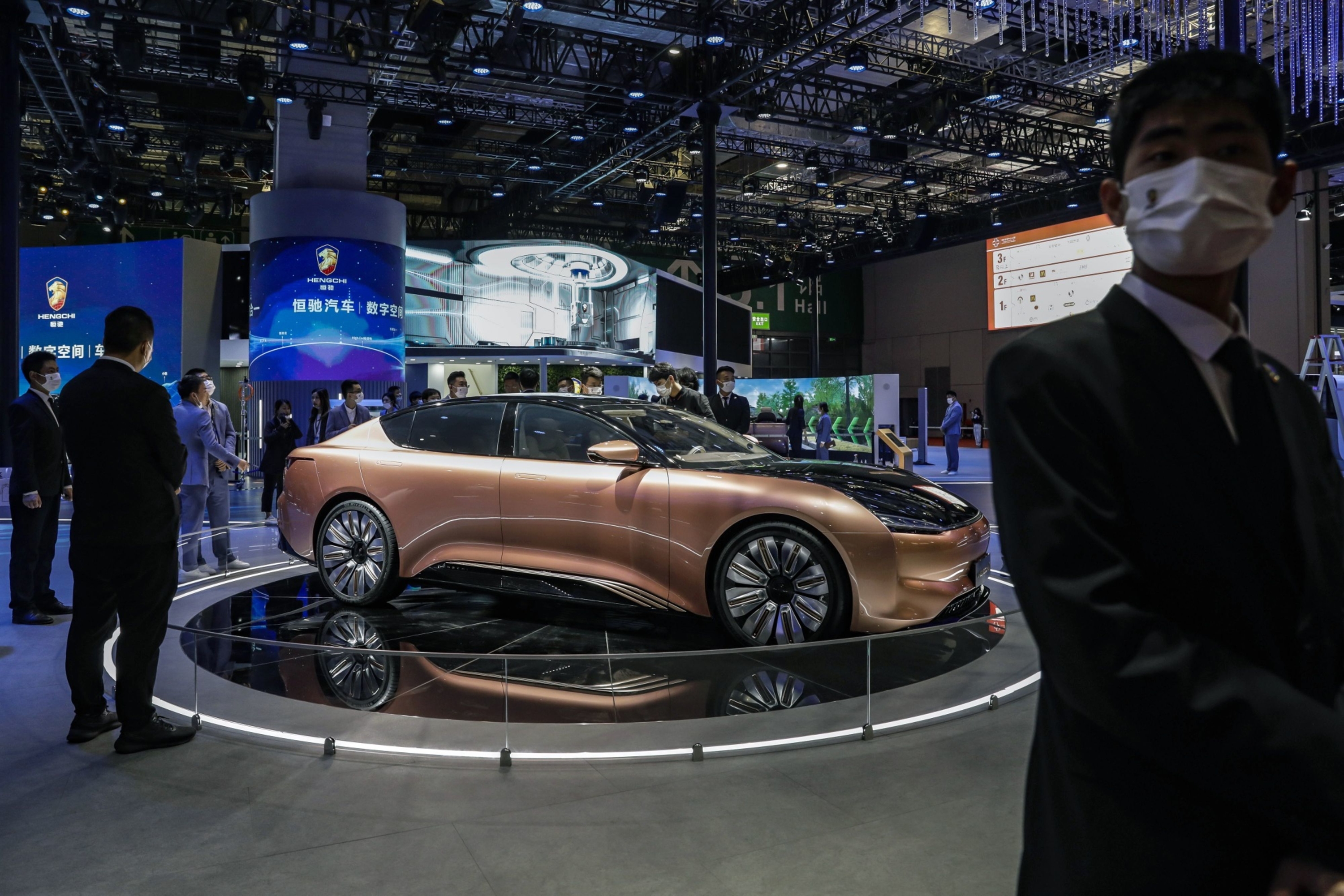 Daniel Kirchert joined Evergrande NEV days before the auto show as vice president. Kirchert told the reporters and industry experts on the event day, “There has never been a car company that has been able to deliver such a diversified product line in such a short amount of time,”

Tesla being a top EV player in the market will hit a million sales per year target by this year, after 19 years of its existence. Since the Autoshow announcement, it has been six months now. And yet, there is no update about their upcoming models. The doubts have been strong especially as there have been more than $300 billion in liabilities.

An auto analyst at Sino Auto Insights, Tu Le said, “Those targets would be really aggressive, nearly impossible to achieve even for established, well-managed automotive companies because of the capital and human resources required to even attempt executing on the plan.”

It was reported by Reuters that there 20 electric vehicles were spotted, meant for testing, under the brand 20 Hengchi. Earlier it was announced that around 14 models were planned along with 10 factories across Sweden and China. It is known that so far Evergrande built or is building around six manufacturing factories. However, undeniably, the company hasn’t shown a single production model.

In China, other EV makers like Nio and Xpeng have been successful by starting small with limited models. Nio and Xpeng both combined were able to raise $7.3 billion through pre-IPO fundraising and stock market listings. Comparatively, Nio has four models and Xpeng has three models. So far Tesla sold around 4 models.

On the other hand, Evergrande’s NEV Market capitalization reached over HK$700 billion. Now its capitalization in the market slumped to HK$38 billion. Regardless, the company managed to have designer Walter De Silva and battery scientist Junesoo Lee from SK. Former chief executive at Byton (a Chinese EV startup), Kirchert is also part of Evergrande now.

It has been gaining criticism both locally and internationally. It included talking about problems in the industry. Xinhua reported, “The vast market potential has given birth to some ‘Powerpoint car companies’ that ‘make cars’ on paper,”