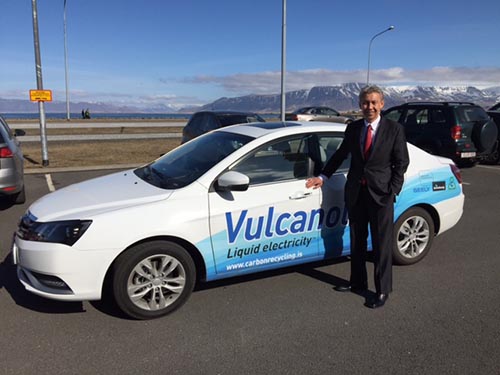 Being a Chinese local carmaker, a traditional EV maker wouldn’t consider such drastic investment on a failing product. Compared to last year, there is a 153% growth in EV sales in the country. As more affordable options are entering the market, the competition is getting tough.

Methanol and hydrogen fuel cells are considered a better option in place of gasoline-powered vehicles. China being the most populated country, needed the EV transition as quickly as possible. Reducing carbon emissions is the common goal.

Methanol is less expensive but more toxic with lower energy density. However, the ability to produce Methanol from hydrocarbon or renewable energy resources caught the attention of car makers.

While it is interesting on paper, the complex production methods are far away from how simple it is with battery vehicles. In fact, it is already in use with racing cars as there is not much carbon emission with methanol fuel. But the toxicity and fire safety are the main concerns for large-scale production.

Geely is working on the technology

Recently Geely told in a conference, “We will keep exploring methanol vehicle technologies. Of course, it might fail in the end, but currently, we are still working on it,”

Further details on the technology weren’t revealed. But, they mentioned that Geely would be expanding its methanol-powered vehicle production. Which in turn shows how serious they are about these cars.

However, no technology has shown promising results other than battery-powered electric vehicles. Because in the end, it is evident that the world needs to shift to fully electric vehicles with renewable energy sources, rather than using mediums like methanol or hydrogen cells.

Furthermore, the city of Beijing in China aims to have 10,000 fuel cell vehicles by 2025 with 75 hydrogen filling stations. And the local government is in support of this transition.