Tesla CEO Elon Musk believes digital assets can help eliminate errors in money databases. He believes cryptocurrency is “fundamentally superior” to any other financial instrument, even though it is not perfect. 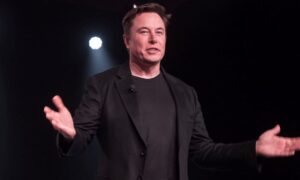 According to the entrepreneur, Bitcoin’s primary use case is as a store of value, but Dogecoin is better suited for payments. In an interview with Time magazine, Elon Musk, the CEO of Tesla and SpaceX, stated that Dogecoin is a far superior crypto coin in terms of daily transactions. “Bitcoin transactions have a low transaction value and a high transaction cost”.

It is suitable as a value store, at least on a spatial level. However, Bitcoin is not a good substitute for transactional cash,” he says, adding that, despite its origins as a joke, Dogecoin is more suited for transactions. “Dogecoin’s total transaction flow is transactions per day, which has a considerably bigger potential than Bitcoin.”

Elon Musk, one of the most powerful figures in the cryptocurrency world, recently reiterated his support for the digital asset business in an interview with Lex Fridman. According to him, the current financial system based on fiat currencies is far from perfect because governments can utilize mass printing to “dilute the money supply” and hence generate inflation.

Cryptocurrencies, on the other hand, are a technological advancement that “brings us into the twenty-first century.” Unlike many others who think of money as a source of power, Musk believes it should be viewed “through the lens of information theory.” Cryptocurrency technology, he believes, appears to be the most efficient type of trade.

“Think of money as a database for resource allocation across time and space. In what form should that data system be most effective.”

Musk has debunked the claim that he is Bitcoin’s mysterious founder once more. Nick Szabo, a computer scientist, and cryptographer known for his work on digital currencies is most likely to be that person, according to him: “I don’t know who created Bitcoin for practical purposes, but the evolution of ideas is pretty clear before that, and it seems like Nick Szabo is probably more than anyone else responsible for the evolution of those ideas.”

Tesla’s CEO said that the name of the inventor is not as important as the technology they created. Saifedean Ammous opined something similar not long ago:

Also read: As crypto-mining causes a power shortage in Kazakhstan, the country turns to nuclear energy