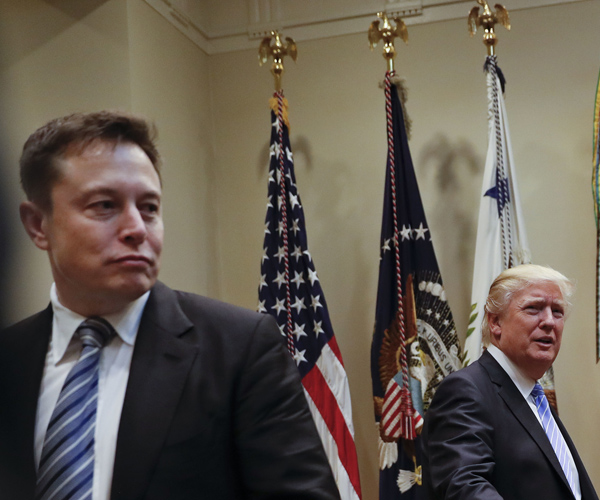 Elon Musk is a man of his word! He has quit Donald Trump’s advisory councils due to Trump’s decision to pull out of Paris Accord.

Am departing presidential councils. Climate change is real. Leaving Paris is not good for America or the world.

“Am departing presidential councils. Climate change is real. Leaving Paris is not good for America or the world,” Musk said Thursday on Twitter, shortly after the president announced from the Rose Garden that he would begin the process of leaving the accord.

“I’ve done all I can to advise directly to POTUS, through others in WH & via councils, that we remain,” he said on Twitter.

Disney CEO Bob Iger, also a member of Trump’s council on job growth and economic activity said Thursday that he too is resigning from the president’s council in the wake of his decision on the Paris Accord.

As a matter of principle, I’ve resigned from the President’s Council over the #ParisAgreement withdrawal.

Brad Smith, President and Chief Legal Officer at Microsoft Corporation too expressed disappointment, “We are disappointed with today’s decision by the White House to withdraw the United States from the landmark, globally supported Paris Agreement on climate change.”

Microsoft believes that climate change is an urgent issue that demands global action. We have a longstanding commitment to sustainability, which includes operating 100 percent carbon neutral and setting goals to increase the amount of green energy to power our operations. (Image- AP Photo/Pablo Martinez Monsivais)