Ford officially started deliveries of Mustang Mach-E GT, the ultra-premium version of the electric crossover. The faster edition is also the most expensive one with better performance than the other three models of Mach-E. A reservation holder was delivered the vehicle two vehicles earlier than expected, as posted on Mach-E Forum. 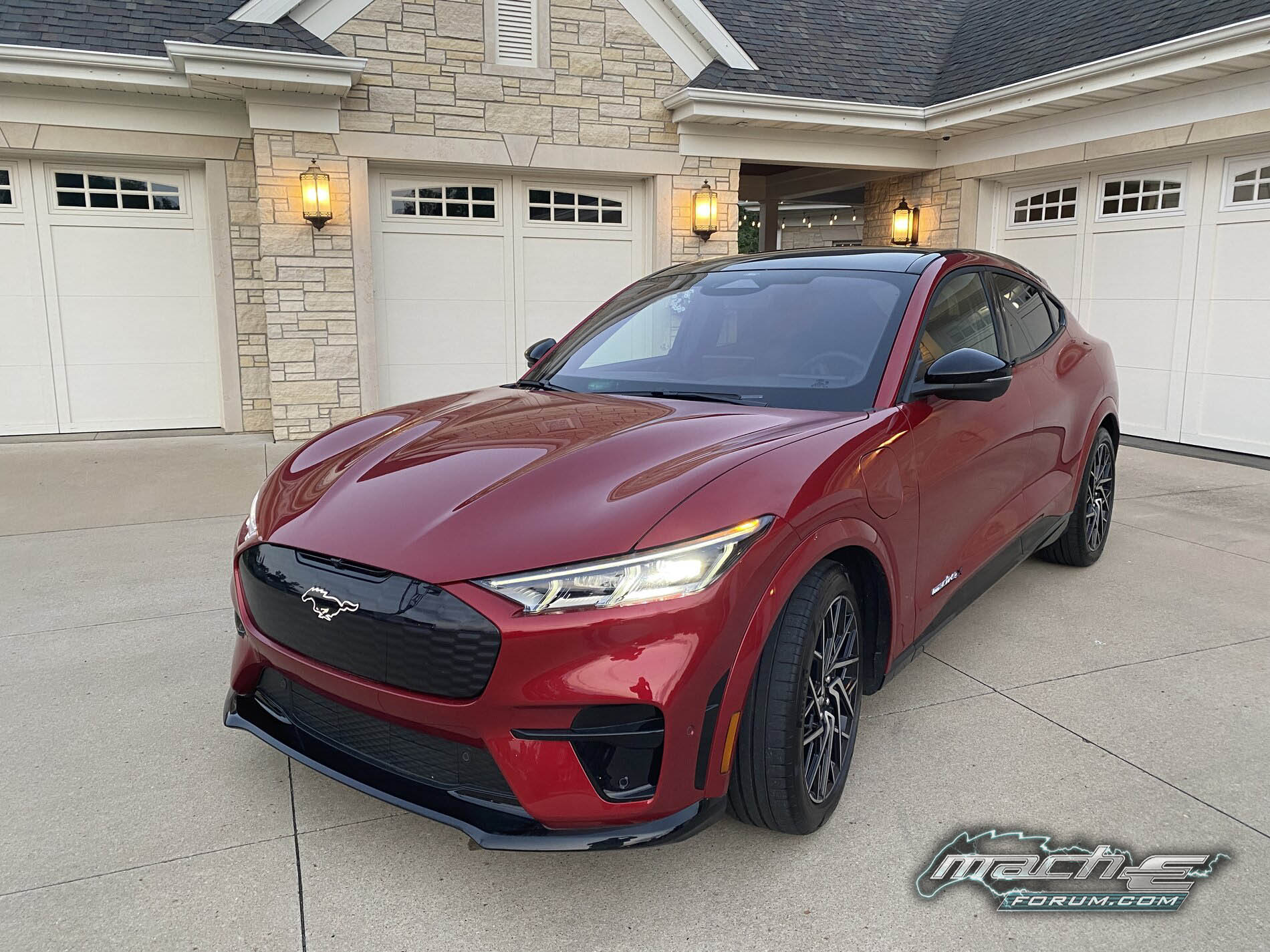 The Mach-E GT costs $59,900, which can increase with further add-ons. It has an all-wheel-drive range of 270 miles and with 480 horsepower it can go at 3.8 seconds from 0-60. Mach-E has already gained popularity among electric vehicle enthusiasts. It was noted as the 4th most popular EV considering sales.

Initially, this premium version was said to start deliveries by the fall of 2021. But the early delivery date beats the delivery projection dates. Ford is seen focusing on its electric fleet. Recently Ford’s North America communications director hinted that all-electric Bronco could also be on the way to production.

The interiors of the vehicles were also posted by customers. The mach-E premium edition is known to have a different interior compared to the sibling models. As “Sport-Style Front Seats with ActiveX Seating Material” is installed giving it an additional premium look. The price of the car is justified with an expensive look. 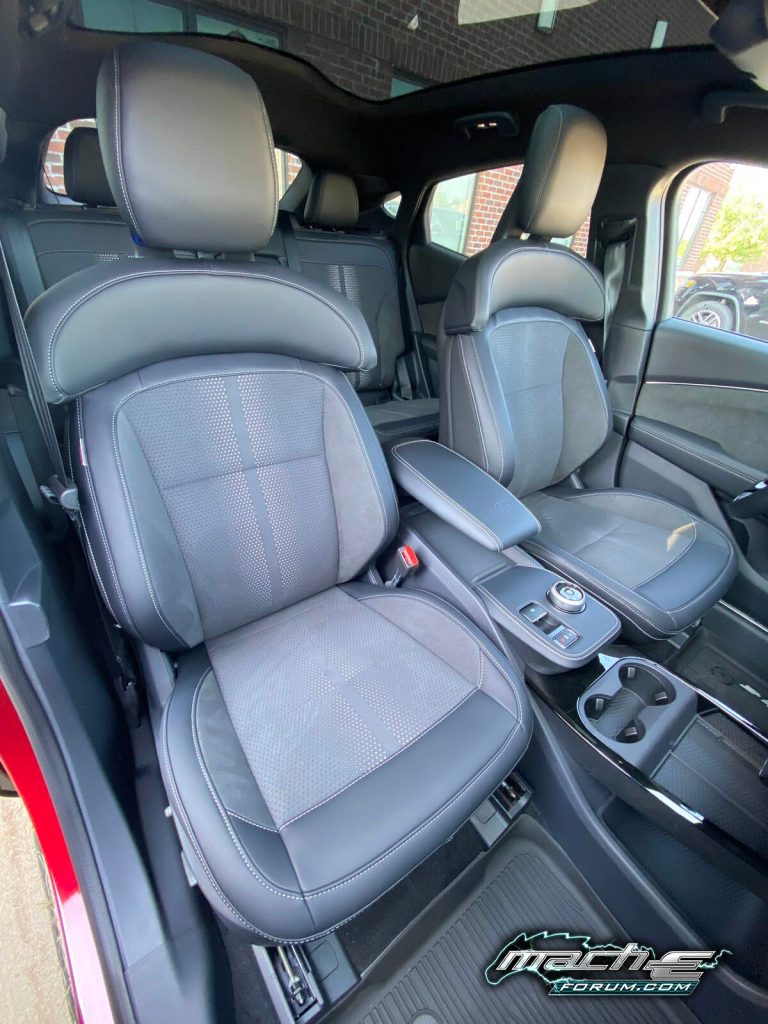 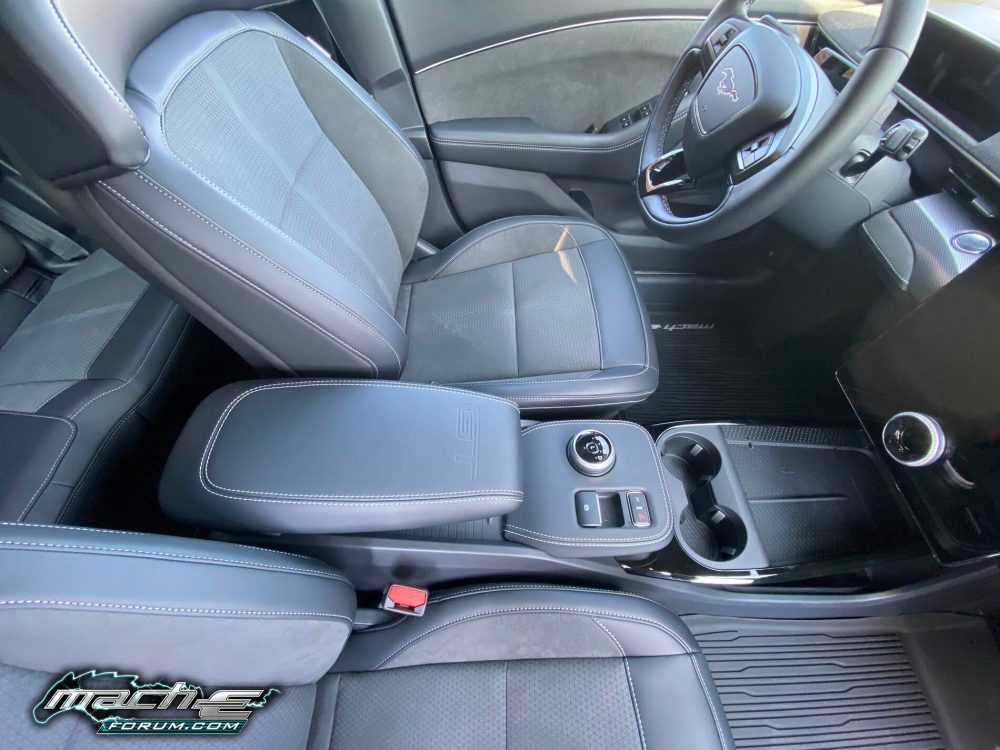 A Ford spokesperson confirmed, “Yes GT deliveries have begun and will ramp up over the next few months.” Right now, Ford is making more electric crossovers than traditional Mustangs. Earlier this month the company announced that to make up for late deliveries they will credit eligible customers with 250kW (700 miles) of charging to their vehicles. Now, there is no information on whether customers will avail of this credit as the deliveries are early.

Additionally, Ford surpassed its own estimations where, the initial plan was to have 250 miles, but the vehicles delivered have 270 miles range. Customers have also been sharing their ride experiences. Here is one review shared by a user after a day of work,

“The dark grey color is lighter in the pictures than seeing it in person, so I think it does look cooler in person. I’ve let a couple of other EV techies drive it today and they are exhilarated. Intense laughter when stomping on the go pedal. “Feel it in the gut.”Like a roller coaster and space shot. Tight control – great stability. The steering wheel feels fantastic, for a race car.”

“15 minutes later: I can still feel that power in my gut! A heavy sense of regeneration, ie. let go of pedal and can definitely feel it actively slowing down, not coasting. (probably not specific to the GT PE). I have to adjust power response expectations in traffic – such as goosing it to pass – need to ensure I’ve already changed lanes before goosing it, otherwise intense acceleration sneaks up too fast to car in front.”

Undoubtedly their reviews have been similar, stating the impressive performance and feel of the premium EV.