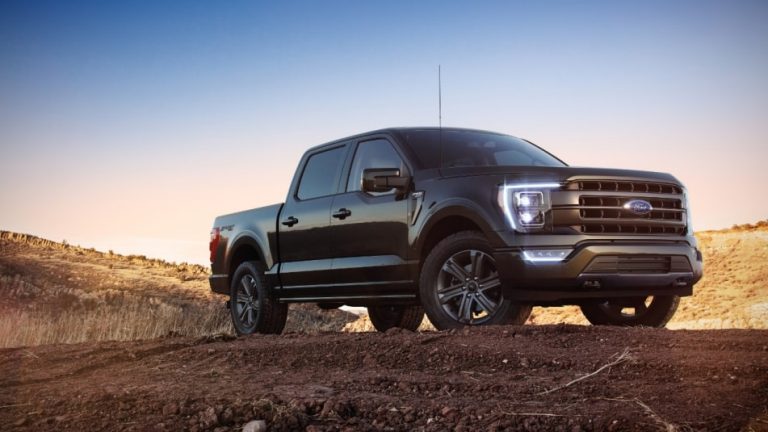 As Ford has been getting all the attention, there have been more registrations rolling in. Only a month ago, not many Americans would have paid attention to considering buying an EV from Ford, despite having extra speed and other features.

However, as Joe Biden pointed out how fast the F-150 Lightning is, the pickup is in the limelight. Jim Farley, CEO of Ford, tweets that already 44,550 reservations.

Under the tweet, Elon Musk replied again. He already congratulated on 20th May, saying, “Congrats Ford on embracing electric future!” and again he replies under Jim Farley’s tweet directly. Surely, the 44,500 registration under 48 hours is an impressive number. But a reply from Elon Musk twice means both companies are really getting competitive.

While multiple companies have tried to compete with Tesla in the EV industry, Ford has successfully progressed a lot.

It wasn’t long ago when Ford’s CEO Jim Farley jabbed at Tesla’s autonomous driving system testing process on Twitter. Then, not many would have predicted the rigorous competition.

While showing off F-150 at Joe Biden, the CEO Jim Farley also pointed out during their meets that presidents don’t drive cars. As a rule, the president of America always has escorts and other security. However, this time, the conversation led to something else, leading to the president driving F-150 Lightning. Though it came as a surprise to the staff, it turned out a pleasant ride as the president points out how fast the truck is.

Ford is really pushing hard with its goals. As reported recently to the press, they plan to produce 40,000 electric vehicles by 2023. They say that they have different strategies for their trucks and cars. However, their main focus will be on F-150 and Ford transit.

As said by Ford’s general manager, Ted Cannis, “That’s the only way you can build up the volume.”  Further, Ford plans to have more models with F-150 model, a platinum model with a price of around $90,000.

Elon Musk’s motto has always been, “My goal is the acceleration of the advent of electric cars.” Despite his previous replies implying comedy as a tweet reply on Ford, he congratulated Ford for embracing the electric future.

Congrats to @Ford on embracing an electric future!

Prior to this, he also congratulated a rival from China, Nio for its 100,000th production car.

All the attention on Ford would possibly mean that Tesla has to speed up and get working from their side too. So far, the future was promising, but it might not be the same anymore.

Recent events of chip shortage and battery demand have warned the auto industry to be prepared. Ford recently announced its partnership with South Korea’s SK Innovation for battery making process.

As said by CEO Jim Farley, “As the industry changes, we have to insource now.” While the previous CEO Jim Hackett pointed out that there is no advantage of Tesla having its own battery production.

In theory and in the present, Tesla’s moves have always proved to be a downside, but with time the industry seems to be following Tesla in many ways. However, under Jim Farley’s leadership, Ford seems to be moving forward, including grabbing the opportunity to show off their F-150 lightning.