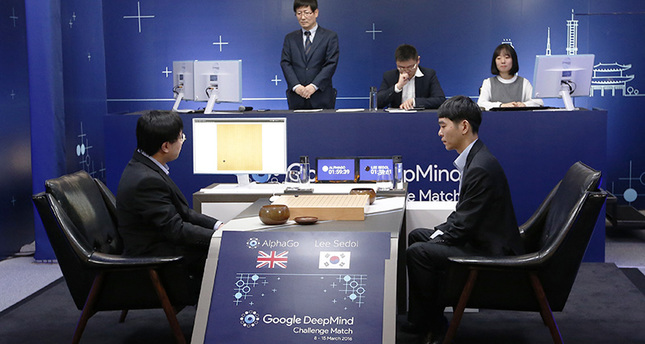 9 March, 2016, Seoul: Google’s computer program Alpha Go has won its opening game against its human opponent, South Korean Go champion Lee Sedol in the first round at Seoul on Wednesday. With this win, Alpha Go is leading the five match series between human and computer.

This victory of computer program in an ancient Chinese Board Game is marked as a historic win of artificial intelligence and also proved that program designed by Google’s  Deepmind has mastered the most complex and creative game ever devised.

According to the commentators, it was a close encounter as both the opponents were going neck to neck but Lee at the end, made few fatal mistakes which affected his win. The result gave a big shock to South Koreans and Go fans as they felt that the champ had the upper hand in the competition. On the other hand, Lee was also looking very confident few weeks ago until the final day of the game, when he showed few signs of nervousness.

Lee, who has won 18 championships till now said, “I was very surprised because I did not think that I would lose the game. A mistake I made at the very beginning lasted until the very end. AlphaGo’s strategy was excellent from the beginning.”