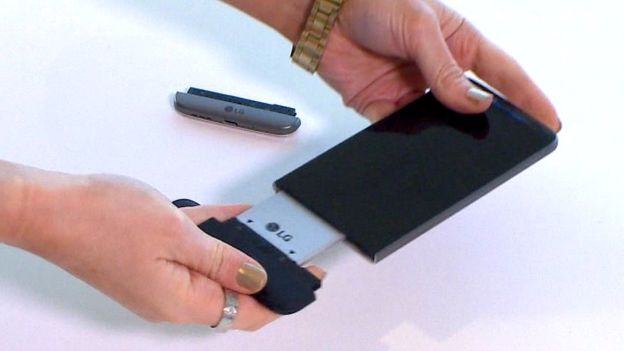 22 February, 2016, Barcelona: As the competition is getting tougher in smartphone market, the companies are trying their hand on creating new innovation. Walking on the same path, LG at Mobile World Congress 2016, took the cover off from its latest piece of gadget LG G5. The handset is the sequel of LG G4. The Korean company has managed to shave off G5 and it looks much slimmer and lighter as compared to its previous version.

The company also announced a lightweight VR headset and a 360 VR camera because VR is all the rage at MWC 2016. In its latest model G5, the team of LG has worked very closely to sort out issues raised in its previous model. The model has swappable battery but now, it provides hassle free charging to its users. It also has a small button on the side which enables the user to take off the bottom and the battery of the cell.

Apart from phone, company also showcased its designed accessory packs in summit. Camera pack ‘LG Cam Plus’ which consists of additional battery and physical controls for the G5’s camera such as dial for zooming and a shutter button. Another pack consists of headphones and speakers designed by B&O. Pack enhance the overall user’s experience of listening to music.