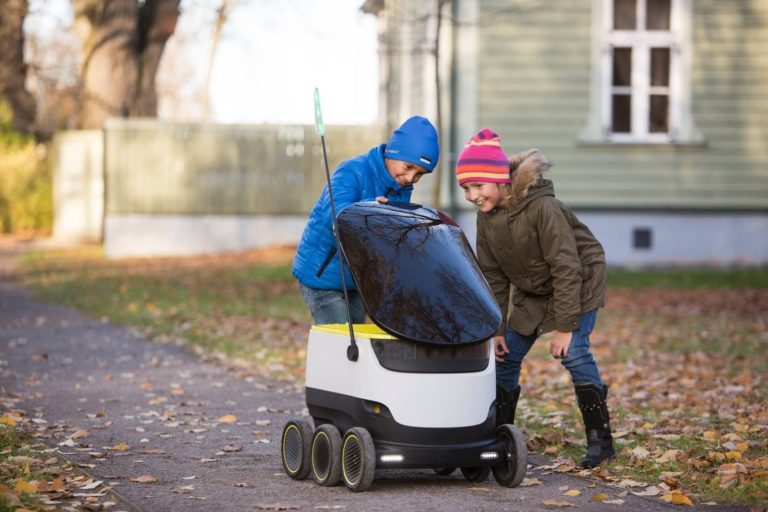 The New Workforce Model: Say Hello To The Robot At Your Doorstep 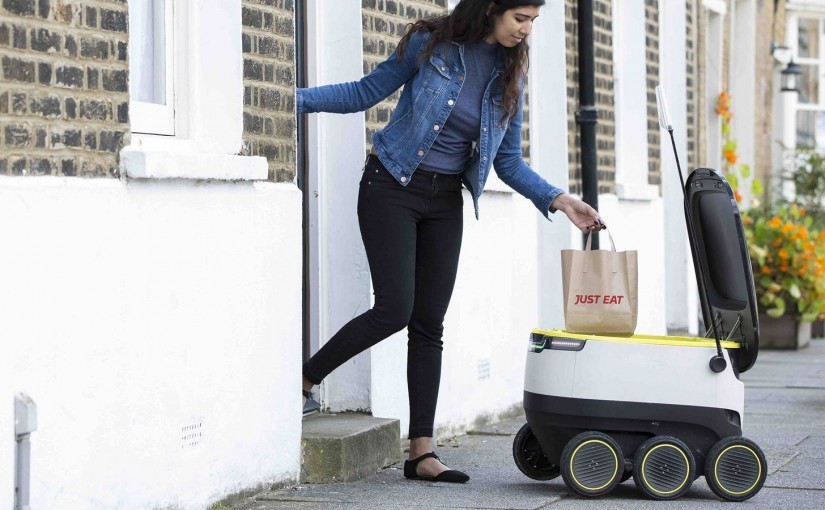 The traditional business model is somewhat in shambles – particularly when it comes to the on-demand economy that is successfully disrupting the way in which we do business.

Silicon Valley and its numerous extensions, along with technological companies are paving the way to a revolution that will be so sudden, that we won’t really notice when it actually takes over. As things stand, technological innovation has a very steep growth curve which businesses are struggling to keep up with.

Automation is one of the most awaited, yet feared aspects of this curve. With automation, there are all sorts of pet theories that have been floating around – some of them present a utopian human existence with robots and other intelligent machines doing our every bidding while we philosophize on other things like immortality.

Yet others present a dystopian picture that starts with unemployment on a gross scale – since machines exist to solve the redundancies and errors that man posits. Eventually, the picture becomes darker with AI infecting the machine and all its extensions – and then, taking over mankind as it deems our species to be inferior. 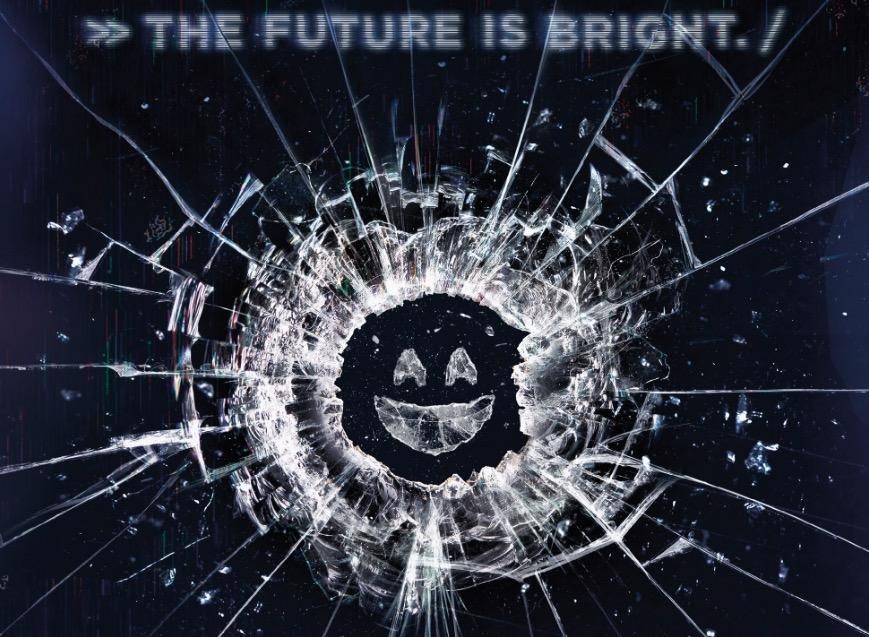 If you haven’t been reading about these theories, then movies like Blade Runner and I, Robot would be a good start for you. Shows like Black Mirror and Humans can show you the darker side of technology too – but well, let’s not get ahead of ourselves.

We aren’t being taken over yet, and well, guess what? We have robots too, and they aren’t that malevolent.

Many challenges have to be solved when it comes to last-mile delivery. Humans may or may not be the most enterprising candidates for this job, since situations may vary – in addition, the types of goods that need transportation every day also fluctuate.

While some may want to simply undertake a harmless food delivery, yet others may want to transport pricey stuff. Security, the environmental conditions, traffic, and many other variables float into the picture when it comes to human agency – so why not a robot?

Robots, to date, haven’t really caught up on the popularity curve – particularly in the delivery scenario. Many still view them as gimmicky and not-so-practical methods of delivering items. Drones, on the other hand, are a different story – but still have a host of clearances to go through before they become commonplace. 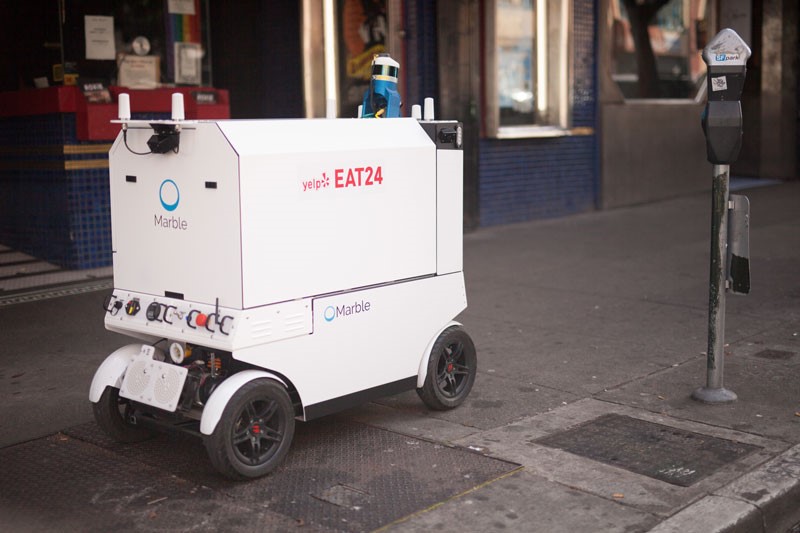 Of course, delivery robots have to arrive in San Francisco. A company called Marble has teamed up with Yelp Eat24 and has begun testing delivery by robot in select San Francisco neighborhoods. Consumers get the delivery option in the app itself, and if they’re fine with it, get a pin code that unlocks the robot when it comes to their doorstep.

Pretty cool. What’s cooler is the technology – it’s quite an R2D2 with on-board lidar, cameras and ultrasonic sensors, as well as Nvidia’s Jetson TX1 AI supercomputer. Marble’s robots perceive the environment around them and can operate day or night, using high-res, 3-D maps of the sidewalks, buildings and more in the neighborhoods where the company offers its services.

Legislation is still divided on this one, so it may be a while before this becomes a widespread occurrence. In addition, the city has been flooded with a car problem, so cluttering the sidewalk may not be the brightest solution.

Then there is Starship Technologies, that has been founded by two of the co-founders of Skype, Janus Friis and Ahti Heinla in Estonia. They have rolled out these cute-looking robots in a partnership with Postmates, a big name in the on-demand delivery scenario, and have hit the streets in Washington D.C. 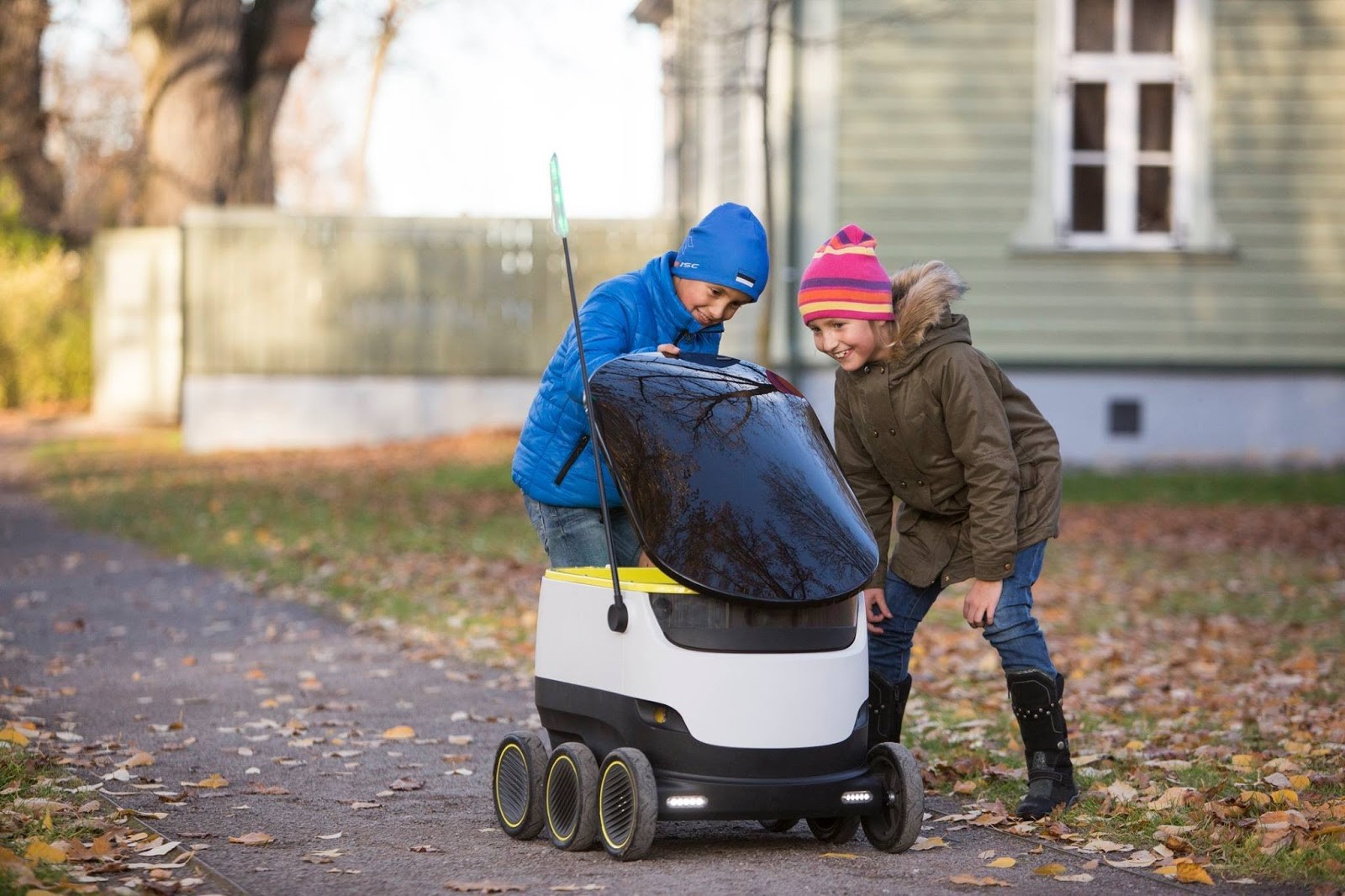 Each bot weighs roughly 35 pounds. The bot is, for all intents and purposes, a medium-sized cooler on six wheels, and drives at an average speed of about 4 miles per hour. It has lights and a tall, bright orange flag to make it more visible to pedestrians on the sidewalk.

Of course, it is completely autonomous and takes input from no less than nine cameras all around the rim, GPS, and sensors that can help identify the speed of pedestrians in the immediate area.

It’s learning curve is also impressive, since it can accurately gauge more about the sidewalks and traffic patterns of busy streets with every trip it takes. Securely transporting things is also not a problem, since the camera can identify the perpetrator with its nine eyes at any point. Of course, it is also equipped with location transmitters – so the cops can catch a thief in no time.

The bot by Starship is safer because it is not entirely independent – the AI is paired up with a human operator in Estonia, who can operate it in case things get hairy. This human-technological combination makes it easier to get around legislation and gives these bots an upper hand in the delivery race.

The latest entry is Teleretail AG – a swiss company that has gone way beyond with its sheer range for the robots, that can cover up to a distance of 50 miles. These are still in their prototype stages, and also enjoy a rich medley of technology in their makeup. 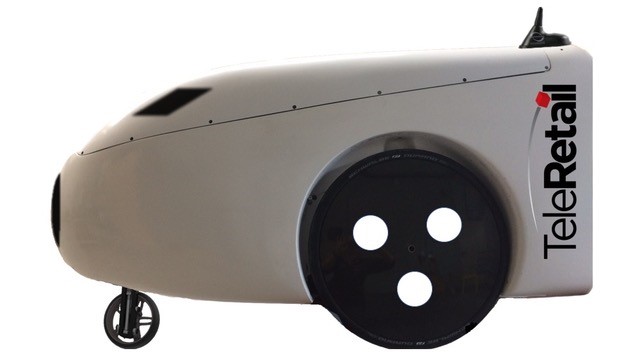 Teleretail has obtained some of the components and equipment to build its prototypes from sponsors like Bosch, Nvidia, and lidar-makers SICK. The company also has fairly deep pockets, having received over $2 million in funding from the European Space Agency.

Another worthy mention is the company Dispatch.ai. Carry, Dispatch’s first vehicle has four compartments that can carry a total of 100 pounds. 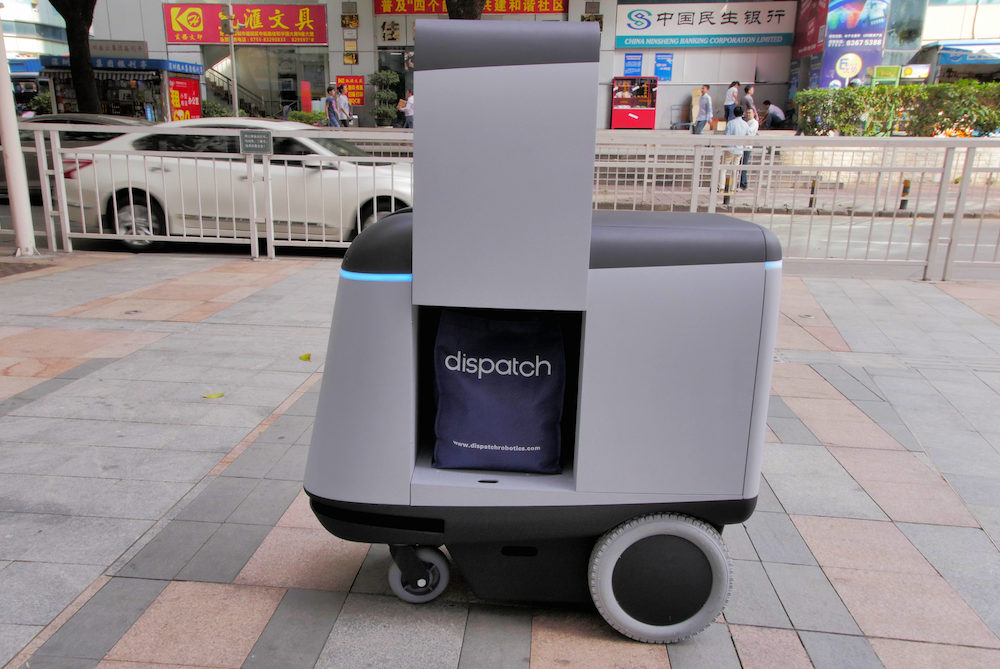 The vehicle travels at the pace of pedestrians on sidewalks and bike paths, and is engineered to complete multiple deliveries per trip. Its safety comes from its sheer weight, which needs around two people to pick it up – in addition to being location tagged with a 4G network.

Robots are being looked at with anticipation, as cost is one of the most intensive challenges for last mile-delivery. It’s not really as dystopian as it appears to be at the moment, as the AI does not posit ethical decision-making – unlike when it comes to autonomous driving and so on.

Related Read: Why You Need To Robot Proof Your Jobs To Secure Your Future!

Last mile delivery is also becoming last-meter delivery, with companies wanting to provide the ultimate on-demand experience from the doorstep to the couch; a robot would be able to cross that boundary.

Legislation, funding, infrastructure – many factors are involved when it comes to this sort of innovation being freely unleashed on the population. I guess we just have so brace ourselves for the next update in the picture – and maybe we will say hello to a robot at our doorstep soon! 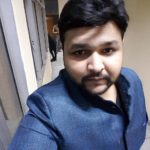 Sachin Gupta, CMO of Code Brew Labs holds an immense love for marketing. A people’s person, Sachin he is known well amongst his circles for being the Marketing Moghul willing to get his hands dirty when needed. With a penchant for business strategies and everything marketing, he seems to be on a hunt for challenges. Having worked with companies like YepMe and MobiKwik his knowledge is in no way limited.

While he’s making waves in the Marketing universe, Sachin likes to keep an eye out for upcoming ventures and entrepreneurial masterpieces in the making.