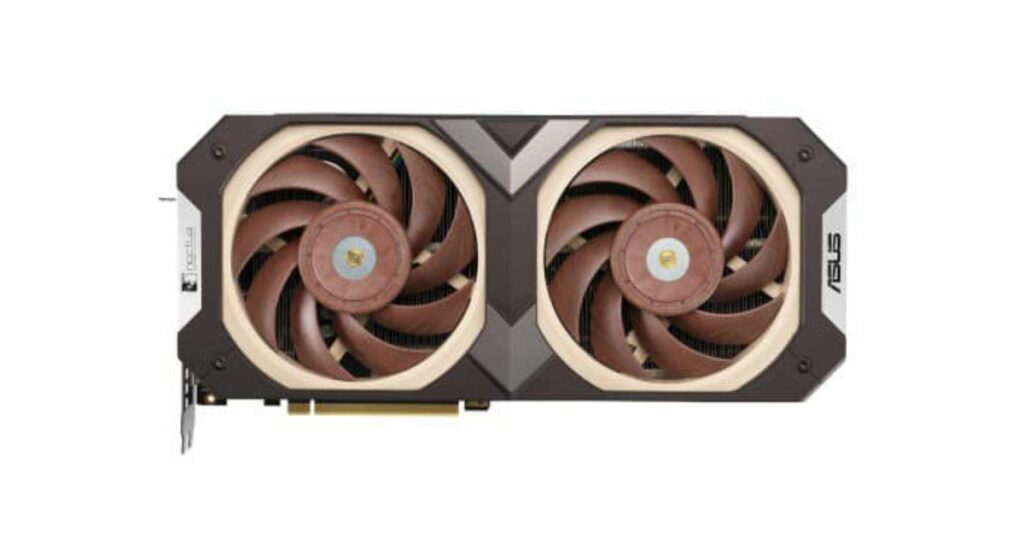 There have been rumors that Asus worked with Noctua, the maker of extraordinarily quiet PC case fans and this silent, fan-less CPU cooler, to build a one-of-a-kind Nvidia RTX 3070 desktop graphics card. While the availability of the graphics card has been reported a few times in recent months, notably by PC Gamer, Wccftech was quick to note that on the Asus ROG Vietnam Facebook page, an Asus employee in Vietnam posted photos of the graphics card and other data. Those documents have now been deleted, but not before Wccftech photographed and took notes on them.

This new GPU, dubbed the RTX3070-08G-NOCTUA, will reportedly cost more than the ordinary RTX 3070 (MSRP of $499), plus the cost of a couple of Noctua fans. The price was momentarily displayed on Asus’ Facebook page as 26 million ng, which is about $1,100. Phew. However, we won’t know the official pricing, release dates, or territories until Asus releases the information again without immediately deleting it.

If the term Noctua is unfamiliar to you, it is the brand of choice for PC builders seeking a solution to keep their rig operating quietly while still providing a distinctive appearance. It’s most well-known for the beige and brown hue shown above, which appears both elegant and vintage. Beyond looks, Noctua fans keep your gear cool while operating quietly, and they may have a smaller profile than other aftermarket fans.

Noctua fans have such a high reputation that some individuals have performed GPU surgery, removing the standard fans and replaced them with Noctua case fans. According to this forum post at Linus Tech Tips, there appear to be a lot of individuals who have done it.

This Asus and Noctua cooperation appears to be the best alternative for those who aren’t as comfortable dismantling components. However, it appears that you will pay a high price for it.