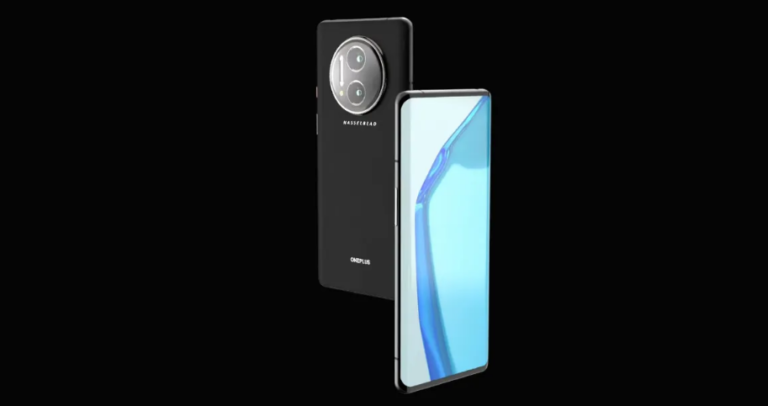 OnePlus introduced the OnePlus 9 line of flagship smartphones a few months ago. While the T series smartphone is likely to be unveiled later this year, it has been said that it may not be released this year, which makes sense given the number of smartphones released by the brand in 2021.

The OnePlus 9T may be replaced by the next-generation OnePlus 10 series devices, according to a tipster. This lineup is scheduled to debut in 2022. The OnePlus 10 Pro concept renders have now been leaked ahead of schedule.

Concept Renders of the OnePlus 10 Pro

LetsGoDigital aka ConceptCreator graphic designer Jermaine Smit has designed his own OnePlus 10 Pro idea. It’s available on his YouTube account. The smartphone appears to have a selfie camera built into the display. Also visible from the sides, where the alert edge slider is located, is a curved edge display. According to the concept, the OnePlus 10 Pro comes with a beautiful fake leather finish.

The OnePlus Pro prototype also looks to include a 108MP sensor with xenon flash. The Hasselblad 500c analog camera from 1957 appears to have influenced the ring camera module. The Bionic Lens has been imagined by the concept designer. While OnePlus isn’t renowned for being a leader in smartphone photography, it still has a deal with Hasselblad, indicating that the company is putting more emphasis on-camera performance.

This concept was developed based on his imagination, and it is possible that this is not the final design or specifications of the forthcoming OnePlus smartphone. For further information on the OnePlus 10 Pro, we’ll have to wait for an official confirmation from the company. However, there is still plenty of time for this smartphone to be released.

How to enable Tesla Autopilot