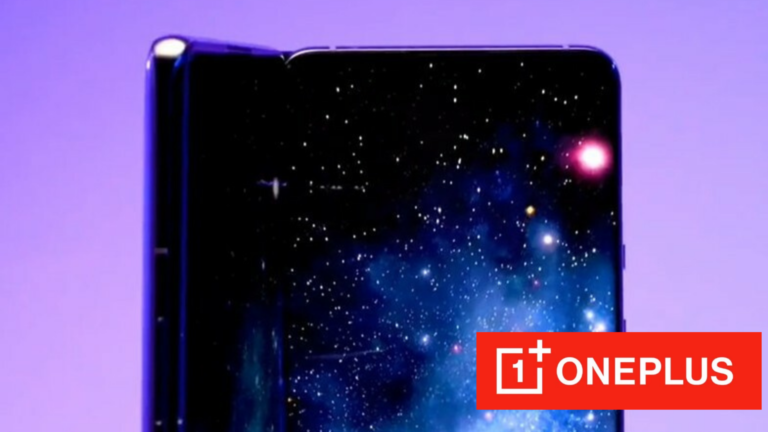 While Samsung is preparing to unveil its next-generation foldable smartphones, including the Galaxy Z Fold 3 and Galaxy Z Flip 3, later today, OnePlus is hoping to catch the attention of consumers. So, ahead of Samsung’s Galaxy Unpacked presentation, OnePlus has teased a dual-screen foldable smartphone with a brief teaser.

The Chinese company used Instagram to tease its dual-screen smartphone with a brief teaser video. The video shows a dual-screen folding gadget standing on a level surface, however, it is not apparent. You may see a teaser video of the foldable by OnePlus down below:

Surprisingly, the smartphone is seen in the video by OnePlus features a galaxy background, which might be a dig at Samsung’s future Galaxy foldable. Furthermore, the gadget appears to be more of a dual-screen smartphone than a foldable tablet.

OnePlus’ promised gadget appears to be comparable to LG’s approach on foldable smartphones. They come with support for an extra add-on display, such as the LG G8X ThinQ or the LG Velvet, rather than a foldable display. So, if OnePlus is teasing a comparable gadget, it is unlikely that we will see anything new.

OnePlus also provided a date (8.11.21) at the end of the video, which refers to August 11, 2021. As a result, we anticipate the firm demonstrating the dual-screen gadget later today. OnePlus has done a great job with its marketing.

Although, we have earlier reported that OnePlus has been planning to introduce OnePlus tablet soon but it was never expected to get teased this year! Well, as with previous OnePlus smartphones, this time also we can expect the brand to bring some hyping marketing tactics for the foldable.

For now, the details about the specifications and features and even the pricing for the OnePlus’s upcoming foldable is unknown, but with the tease, we can expect OnePlus to soon enter into the foldable market. However, we will be updating you with more stuff about the foldable in the future, until that stay tuned with us on TechStory.