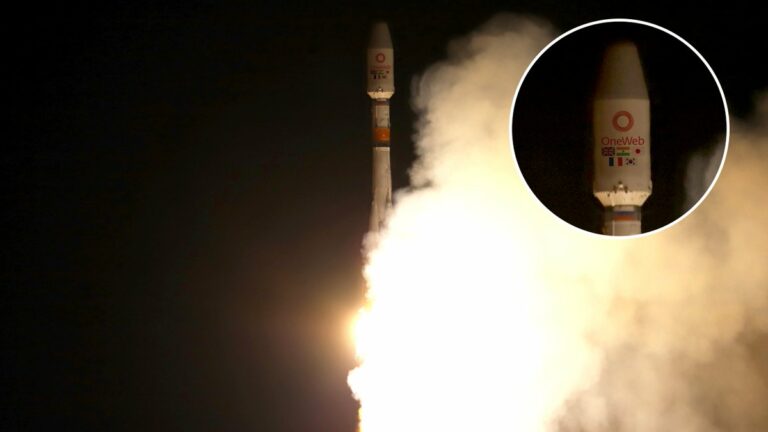 OneWeb launches another 36 LEO satellites, bringing the total satellites in orbit to 358

OneWeb, a Low Earth Orbit (LEO) satellite communications startup backed by the Bharti group and the UK government, deployed a new batch of 36 satellites in orbit from Arianespace from Russia’s Vostochny cosmodrome.

This latest launch brings OneWeb’s total in-orbit constellation to 358 satellites, accounting for more than half of the company’s planned 648 LEO satellite network, which will provide high-speed, low-latency worldwide connectivity.

The OneWeb satellites were launched into space on top of a Russian-built Soyuz rocket from the Vostochny Cosmodrome as part of a mission managed by the French company Arianespace. Rocket launch took place at 5:40 a.m. EDT (0940 GMT).

The spacecraft was launched from the Soyuz into a near-polar orbit at a height of 280 miles (450 kilometers). These satellites were deployed in four satellite batches, the last of which was successful roughly four hours after liftoff, according to Arianespace officials on Twitter on Thursday.

In a statement, the company stated, “With this launch, OneWeb celebrates the start of service demonstrations which showcase the network’s hardware and capabilities across an array of applications.”

OneWeb has a demo center at its London headquarters for anyone who is unfamiliar with the company. Another one can be found at the Westcott Venture Park Innovation Centre in Buckinghamshire, as well as a few others in Maryland, Alaska, Germantown, and Talkeetna, all in the United States (U.S.).

Sunil Bharti Mittal, Chairman of Bharti Enterprises, has announced that OneWeb will be the first Satcom company in the country to launch LEO satellites from India. The Indian Space Research Organisation (ISRO) will facilitate OneWeb in this initiative.

OneWeb appears to be on schedule to accomplish its objective of offering global coverage by 2022. In the same year, we might expect the company to establish its presence in India. According to previous statements made by Mittal, OneWeb will not be interested in delivering direct services to commercial customers. Instead, the Satcom company intends to forge a partnership with a telecom operator and then facilitate the operator in improving their network coverage.

This could be a tremendous boost for Bharti Airtel, as the only big aspect in which Airtel continues to lag behind Jio in terms of network performance is coverage. This company’s strategy will not be limited to India, but will also expand to other countries. The most challenging task for all Satcom operators, including Bharti Airtel, would be obtaining regulatory approvals to offer services in different countries.

For instance, OneWeb has also announced its partnership with AT&T, Hughes Network Systems, Peraton, and BT which will encourage it to accomplish its goal of offering improved digital communication services to some of the world’s most difficult-to-reach regions.