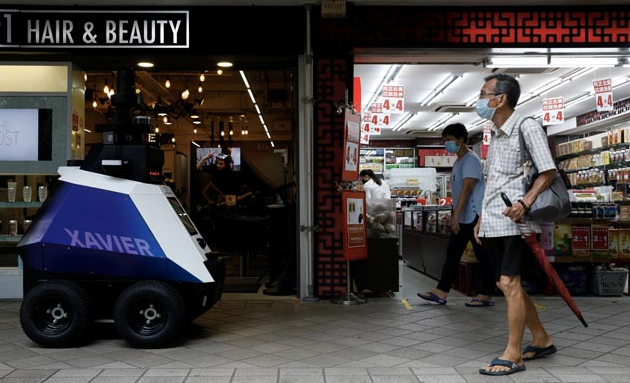 Singapore has begun testing using robots to patrol public spaces and prevent bad behavior, as part of its ongoing drive to expand its robust surveillance toolkit. Singapore has placed two autonomous robots on trial to identify undesirable behavior like as flouting COVID-19 safety measures, smoking in restricted places, and illegal bicycle parking, according to a statement released by Singapore’s Home Team Science and Technology Agency on Sunday.

Their implementation is the result of a collaborative effort by five government agencies: the Home Team Science and Technology Agency; national environment agency; land transport authority; Singapore Food Agency; and the Housing Development Board of Singapore (HDB) (HDB). Singapore’s core business center is the site of the inquiry.

They are called Xavier and have cameras that can detect bad social conduct and send alerts in real-time to the command and control center. The investigation is being done in a high-traffic area of Singapore’s central business district. In the three-week trial, the robots will be used to monitor and educate the public on proper behavior, according to the government’s announcement. 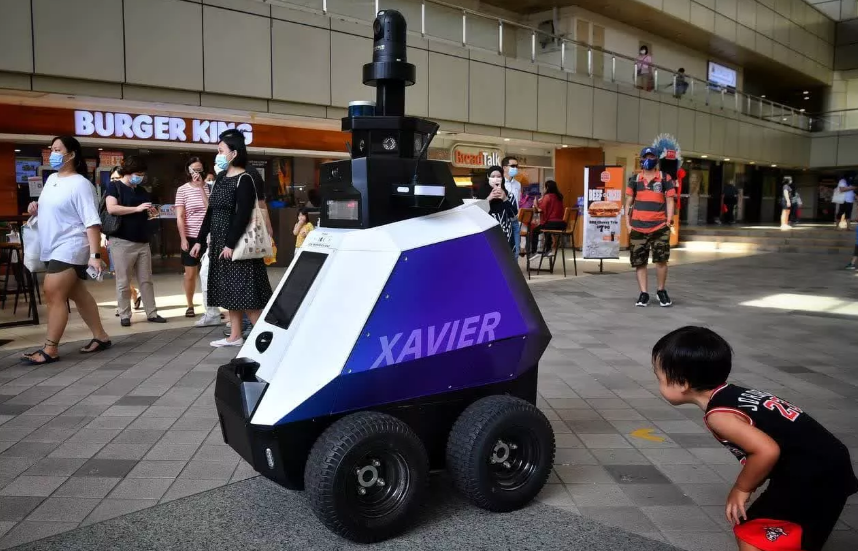 “The deployment of Xavier will support the work of public officers as it will reduce the manpower required for foot patrols and improve operation efficiency,” the agency said.

During the experiment, the robots will not be utilized for law enforcement, according to a spokeswoman for the agency. The agency stated that “the deployment of Xavier would complement the work of public police by reducing the manpower necessary for foot patrols and improving operating efficiency.” Home Affairs Minister K Shanmugam announced in August that Singapore plans to deploy more than 200,000 police cameras on the island by 2030, more than tripling its current number.