Customers in India who pre-ordered Elon Musk’s Starlink Satellite Internet services are now being given refunds by the company. The Department of Telecommunications (DoT) directed Starlink to stop collecting pre-orders for its services in December 2021 until it received the necessary licenses. 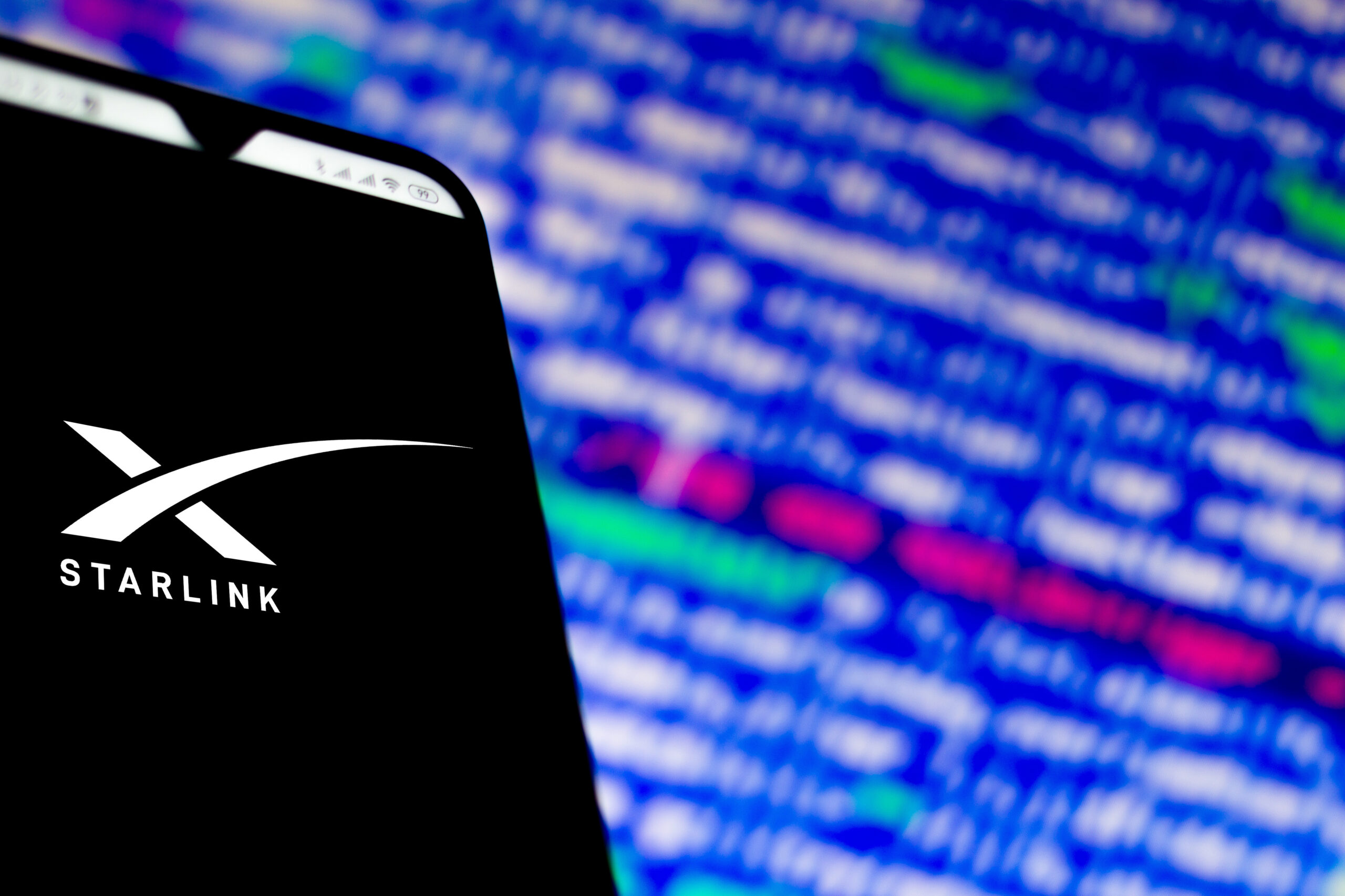 The DoT has now instructed Starlink to refund pre-orders till its services are operational in India. The company has yet to obtain the necessary licenses to conduct business in the country. Customers were notified by Starlink and requested to claim their refund by logging into their account and simply clicking on ‘Cancel and Request Refund.’ The refund will be processed immediately, however it may take up to 10 days for it to reflect in the customer’s bank account.

This is a major setback for the company, and it will undoubtedly have an impact on its operations in India. Many Indian consumers had already paid a $99 (~Rs 7350) deposit for their pre-orders in the year 2020. Because there is no fixed date for when the services would be available, the Department of Telecommunications has urged Starlink India to refund the pre-orders.

The company issued a statement saying, “Unfortunately, the timeline for receiving licenses to operate is currently unknown, and there are several issues that must be resolved within licensing framework to allow us to operate Starlink in India. Until that time, we have been directed by India’s Department of Telecommunications to refund pre-orders until we are licensed.” 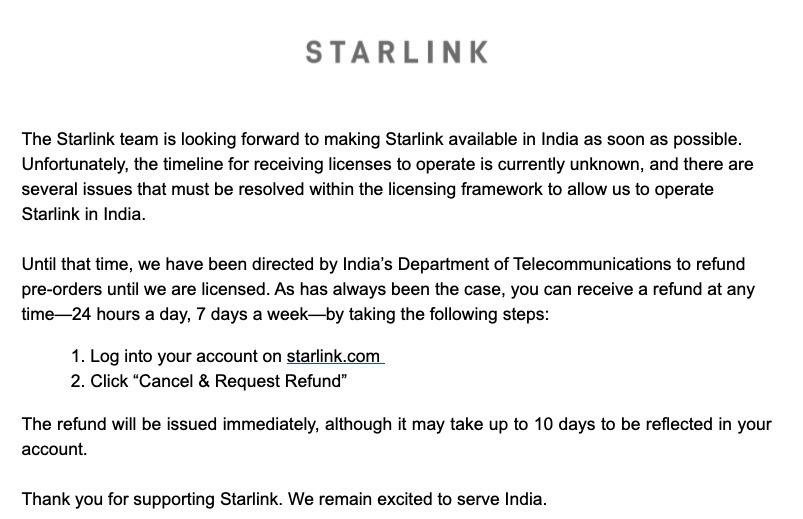 Starlink plans to seek a commercial license by January 31, 2022, or earlier. If everything goes according to plan, the company hopes to start commercial services as soon as April 2022. However, further delays are possible, and one major issue that must be resolved is the lack of defined guidelines regarding Satcom spectrum allotment.

It had received over 5000 pre-orders for its internet service before the pre-orders were suspended. Sanjay Bhargava, the director of Starlink India, claimed in December that the company targets to have over 200,000 terminals in India by the end of 2022. Starlink had registered its business in India in November of last year and expected to have all of its licenses from the Department of Telecom by the end of January 2022. If Starlink can resolve the license challenges by the end of the month, the company may be able to resume taking pre-orders soon.

The Starlink Satellite Internet service would offer high-speed internet access without the need for any cabling. You would need to install the Starlink satellite kit, which is identical to a DTH setup, in order to access fast internet instantly at your residence or workplace. This is especially handy in remote places with limited access to regular internet infrastructure.