Reaction of Lifestyle and Healthcare Startups to Budget 2016! 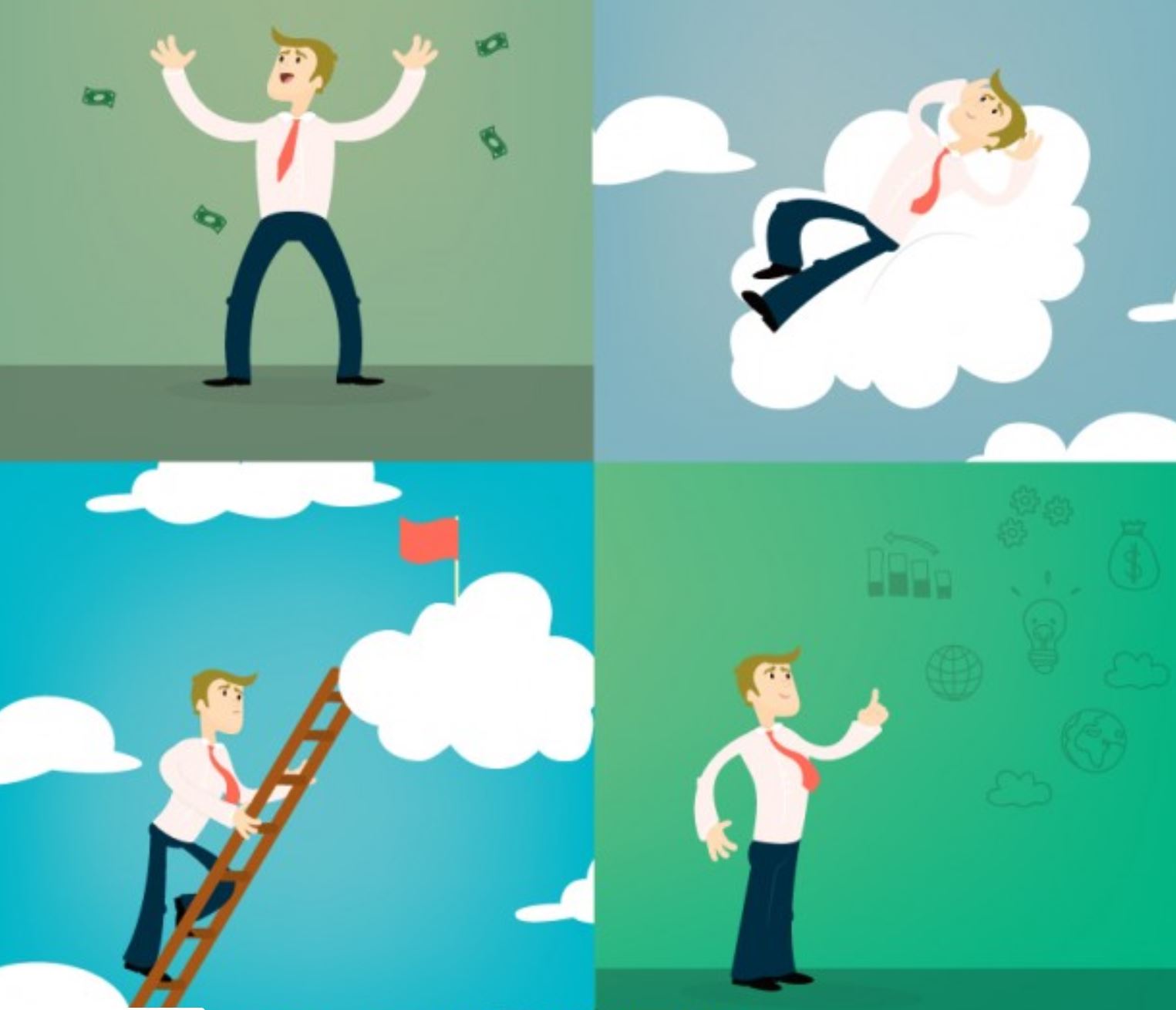 Below are initial reactions to the Budget presented on 29th February 2016:

“1. Wait and Watch: The budget has been quite on certain aspects although some future actions have been promised. We would have to wait and watch out for those initiatives. This is mainly the following:

a)Constitutional amendment to the Goods and Service Tax. This will be beneficial as a whole to the entire industry.

2. We welcome the steps taken for promoting Agriculture and food processing.  The initiatives and tax benefits announced for promoting this sector will help in lowering the cost of food and dealing with food inflation as a whole. Although we would have loved to see lowering of service tax on services from restaurants as it would indirectly help the food sector. That has unfortunately not happened.

3. We welcome the initiatives announced for improving the transport sector. Entrepreneurs having a free policy to start inter state buses will really benefit the sector and the travelers as a whole.”

“The budget was very welcome for the startup ecosystem in India. From registering startup with in a day to reducing corporate tax for companies with revenue less than 5 crore, the budget spoke of achhe din for startups in India. The ecosystem needed a sentiment push and I think it got it.

I personally like the provisions of capital gains not to be taxed on investments by fund of funds for startups and lowering the long term capital gains duration from three years to two years. These measures should improves the confidence of investors. Combined with Bankruptcy laws they should work wonders for the ecosystem.

In healthcare, the government has expanded health cover by Rs. 30,000 for senior citizens and provided Rs. 1,00,000 cover to every family in the country. In a country where so many people go without proper treatment due to lack of funds, the healthcare cover extension should improve healthcare spending. There is obviously a big opportunity for startups and companies in insurance sector. Further emphasis on generic drugs through PM Jan Aushadi Yojana gives further boost to homegrown generic pharmaceuticals.

But at the same time the budget was low on how healthcare infrastructure will be created and how the Doctor-Patient ratio will be improved. These are the biggest problems plaguing the industry”.

“​The government has validated its intent through Budget to promote startup mindset in the country. Proposals like 100% deduction of profits for 3 out of 5 years for startups established during April, 2016 to March, 2019; lowering to two years the period for getting benefit of long-term capital gain regime in case of unlisted companies from the current three years; and making every bank branch to facilitate at least two projects under ‘Stand Up India Scheme’ are aimed at encouraging more entrepreneurial ventures in the country.​ ​One announcement that will help all startups across board is the Digital Literacy Mission Scheme for rural India under which the government looks to cover around 6 crore additional household within the next 3 years. This is a great step towards digitizing rural parts of the country and when that will happen, it will provide the population residing there with the opportunity to benefit from online platforms like ours that enables communication between users and doctors from anywhere, anytime.​ ​Also, the ‘National Dialysis Services Programme’ under National Health Mission is also a remarkable measure to fix the issue of non-availability of renal dialysis centres in the country. The government’s effort to introduce facilities of renal dialysis in every district hospital will save the hassles of many who have to travel to metro cities for getting the procedure done again and again​.”

“We welcome the initiatives taken by The Finance Minister Mr. Arun Jaitley in this budget to control the air pollution levels in the country.  However, home and business owners as well as the air purifier industry need to be incentivised to get air pollution protection devices such as  air purifiers in every Indian homes. To start with, reducing import duties on air purifiers can be a step that can be taken by the government.”

Background on the actions taken this Budget on air pollution –

1.  Air pollution in rural- The Finance Minister announced that the government will provide LPG connection in the name of women in rural households and Rs. 2,000 crore will be allotted for this. This will bring down  indoor air pollution caused by the ‘chulhas’ (stoves)— burning wood, coal and animal dung as fuel — which is  major factor behind the occurrence of a slew of diseases, including respiratory diseases among women.

2. Vehicles to cost more – In a move aimed at checking the rising air pollution levels in the country, Mr. Arun Jaitley has levied additional taxes on Diesel and SUVs to pull down the demand. He announces 1% Clean Energy Cess on LPG cars, 2.5% on diesel, 5% on SUVs as part of green measures and to encourage use of Hybrid cars.

3.  Clean energy cess –  There is an announcement of clean energy cess in this budget to reduce the negative environmental consequences and increased pollution levels associated with industrialization and urbanization. It increased from Rs 200/ton to 400/ton on coal, lignite and peat.

“More than being a pro-startup Budget as was expected, the financial layout for FY 2016-17 has taken into account the need to create entrepreneurs across the digital divide. On the one hand there is focused support to women, on the other, there is also a provision to impart entrepreneurial skills to the youth under the Pradhan Mantri Kaushalya Yojana. The proposal to open up 1500 multi-skill institutions with adequate allocation will be a value add.

For emerging businesses there’s a slew of incentives to encourage angel investment and startup activity, in the process, create additional jobs. Steps in this regard are tax exemption for three years out of the first five years of startups’ existence; no capital gains tax proceeds are invested in government-approved fund-of-funds or if an investor is a majority shareholder are.

Startups look to gain from the government focus on employment and employability. Change in the definition of SME, focused intent on the GST bill and added infrastructure spending are all boosters for the economic environment and startups stand to gain from them.

We look forward to speedy implementation of these proposals.”

“The Union Budget 2016 has stepped in the direction to pave the way for rural digitization with a focus on digital literacy. The aim to connect 6 crore households will provide a stronger reach and deeper penetration for digital and technology driven services in rural India thus allowing residents a plethora of services. The digital literacy scheme announced by Mr. Arun Jaitley in rural India will not only give rise to increased manpower but also boost employment generation. The budget is an indication of the government’s resolve towards the Digital India scheme. We at Hungama our committed to building a connected and digital India.”

“Although the Union Budget 2016 has given more impetus to agriculture and rural development, allocations for startups have also been made for tax deductions and registration process simplification. The new allocations are a welcome change as they allow flexibility and ease in governmenrt registration for startups as per the Company Act. The rural digitization scheme will add over 6 crore households which will be connected digitally while also educating households about digitization, this will aid technology startups widen their reach in the nation, which in turn will add to growth. The Union Budget 2016 has also announced tax allocations for startups, allowing some deductions, this will help founders as the initial 5 years of a startup are the most crucial with regards to finances. The budget truly stands up to the Stand Up India scheme announced by the Prime Minister.”

“With a stronger importance to agriculture and rural development the Union Budget 2016 has also reserved allocations for startups, with regards to tax deductions and simplification of government business registration processes. The announcement of the rural digitization scheme will add over 6 crore households which will aid to a connect India, while also educating households about digitization, this will help technology startups widen their reach in the nation adding to their growth. The change is welcomed as it will grant flexibility and ease in government registration for startups as per the Companies Act. The Union Budget 2016 has also announced tax allocations for startups, allowing some deductions, this will help entrepreneurs as the initial 5 years of a startup are the most crucial with regards to finances. The budget truly stood by the Stand Up India scheme announced by the Prime Minister.”

“Considering the liquidity issues and the subdued demand in the real estate sector over the last couple of years, we hoped for more from the union budget this year. We do welcome the government’s acknowledgement of the role start-ups play in job creation, and the tax holiday for the first 3 years of starting a company. We expect the real estate sector to benefit from the government’s focus on the infrastructure sector, notably roads and highways, and its promise of a new more effective credit rating system of infra projects that will enable high quality projects to attract more funding. The digitisation of land records under the integrated land management system will go a long way in simplifying land acquisition for projects. The government’s service tax exemption on houses less than 60 sq m, and the additional exemption of Rs 50,000 for housing loans up to Rs 35 lakhs for homes not above Rs 50 lakhs will both likely improve home buyers’ sentiment.”

“The Union Budget 2016 has laid out big investments for the infrastructure sector which include allotment of funds for the development of roads and highways and an action plan to revive 160 non-functional airports. These steps come as a welcome move for the travel and tourism sector.

The focus on travel and tourism is further reaffirmed with the Finance Minister announcing the annual programme “Ek Bharat – Shreshtha Bharat” which will aim at linking states and districts through exchanges in areas of language, trade, culture, travel and tourism.

Further, we also welcome the Government’s initiative to increase baggage allowance for international passengers and exempt passengers flying into India from filing the baggage declaration form if they are not carrying dutiable or prohibited goods. This will surely ease inbound tourism.

The current government’s focus on the Indian startup ecosystem is very positive and the union budget 2016 has reinforced support for entrepreneurship and start-up businesses in India.”

Budget 2016: Women Entrepreneur And SC/ST Will Get Rs 500 Cr Backing From The Government