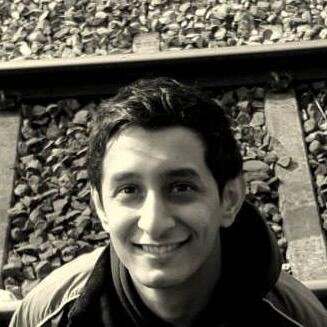 ScoopWhoop co-founder Suparn Pandey has been booked for a sexual harassment case. The incident came to limelight just a few days later after TVF CEO Arunabh Kumar was booked for the same.

As per the report by Catch News, The FIR (No. 0117), filed at the Vasant Kunj (South) Police Station, Delhi, invokes section 354 A (sexual harassment), section 509 (insulting the modesty of a woman), and section 506 (criminal intimidation).

The complainant is a former female employee of ScoopWhoop and all this while, repeatedly tried to raise the matter with other co-founders, including Sriparna Tikekar but the management not only failed to take action against Pandey but even “reprimanded and humiliated the complainant.”

As per the latest Update–

ScoopWhoop gave out the statement on Wednesday morning. The company said, “ScoopWhoop strongly condemns any kind of harassment at the workplace. We work towards ensuring a safe and secure workplace for all our employees and take any complaints of harassment extremely seriously”

“In line with workplace laws, ScoopWhoop has an Internal Complaints Committee (ICC). The ICC constitutes of two of our most senior and experienced women employees and an independent observer who has served on ICC panels across various prestigious and international companies. 40 percent of our workforce is women and we have equal representation in senior leadership positions. We have taken every step to ensure the complainant gets a fair hearing and are following the rule book on workplace harassment.”

“The complaint was forwarded to the ICC immediately on receipt and the same is being inquired as per law. The company is adhering to the rules and regulations set forth by the Hon. Supreme Court of India and the law of the land against sexual harassment at workplace and the investigation is ongoing. As an FIR has also been filed separately by the complainant, and the police investigation is ongoing, we are extending full cooperation to the police to conduct a full and fair investigation into the matter. We are fully prepared to accept the findings of the investigations and dutifully take the necessary action if found guilty,” the statement added.

The woman was working with ScoopWhoop for years and has accused Pandey of commenting on her sexual orientation, sending her lewd videos and even touch her inappropriately. She alleged that she was even forced to work in close proximity of Pandey, especially after she brought the issue to the management’s notice. The complainant said that when she tried to escalate the matter and report the matter to the Police, ScoopWhoop’s management threatened to destroy her career and discouraged her from talking about it. (Image- Twitter)