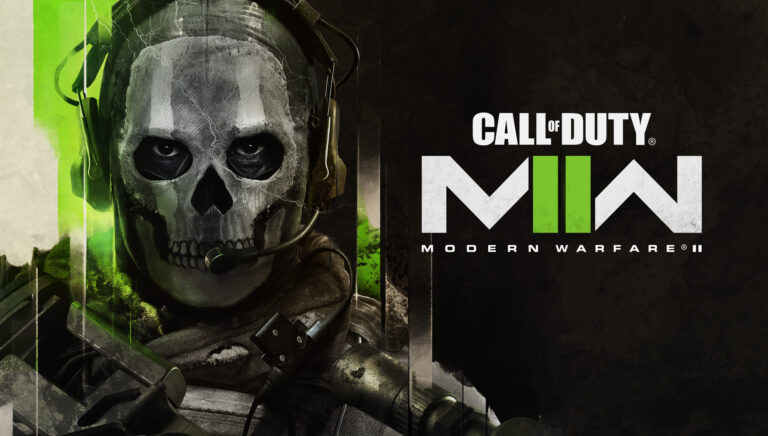 The Quickest Way to Unlock Weapons in Modern Warfare 2

You need as much help as you can get to compete in battle and come out victorious in Modern Warfare 2. This Call of Duty offering is seriously challenging, and that means you will want to unlock all camos, weapons, and operators to maximize your chances of success.

You will also want to find out the quickest way to unlock weapons in Modern Warfare 2.

One viable option is to use Modern Warfare 2 boosting. You can choose any weapon boost option so that you can have a great game experience regardless of whether you have an assault rifle or a handgun in your hand.

The other challenge, of course, is to unlock all of your weapons options as quickly and easily as possible. You need to have a good understanding of how Modern Warfare 2s latest weapon progression works.

That way you can go into battle fully tooled up with a great selection of weapons options at your disposal.

One of the first things you need to understand is that unlocking weapons in Modern Warfare 2 is an entirely different experience and challenge compared to the previous Call of Duty titles.

Some of the noticeable differences include the way the game increases player level in multiplayer. Also, you will quickly notice that most of your weapons options are unlocked as part of skill platforms.

Although you might find that these new options seem a little complex at first glance, you will soon get the hang of how to level up and unlock all weapons and their respective platforms.

One of the first important points to take on board is that there is a very clear distinction between player level and weapon level.

You will also need to get the hang of how platforms and receivers play a pivotal role in the game.

In a nutshell, every player in the game has their own player level, and the same applies to a weapon level too.

The way you increase your player level is by earning XP and completing multiplayer matches and challenges. As you progress, you will unlock new weapons and equipment, and enjoy more killstreaks.

The player level progression track shows you your XP target and what you need to unlock weapons options.

You will quickly discover that weapon levels are tied to individual weapons. Another feature to note is that when you are using a weapon in multiplayer matches, it will level up by unlocking additional attachments and weapons at multiple intervals.

Certain weapons are unlocked as you increase your player level. The majority of the others can be unlocked by leveling weapons , which is part of the new platforms and receivers system.

Another key to unlocking weapons is learning how progression works. It will also help your gaming experience when you appreciate the way platforms and receivers work as part of the new weapon and attachment unlock system.

Platforms are basically a related group of weapons that offer a similar level of attachment availability and visual traits. You will find that these become available at different player levels as you work your way through the game.

Receivers describe weapons within a platform. You unlock these weapons by leveling other weapons that are also within the same platform.

You would not be the first player to take a moment or two to fully grasp this new terminology.

To give you an idea of how to go about unlocking weapons within a platform, let’s run through a typical process.

You will first need to reach player level 4 so that you can unlock custom loadouts. From the custom loaded weapon select screen you should choose the option to view the M4 platform.

You will then discover that the M4 platform consists of four unlockable weapons. These are the FSS Hurricane, FTAC Recon, M16, and 556 Icarus.

In order to be able to unlock each of these weapons options you will be required to use and level different weapons contained within the M4 platform.

You will discover that by leveling the M4 to levels 13 through to 18 this will unlock the 556 Icarus and FTAC Recon.

Unlocking the M16 and FSS Hurricane involves leveling the 556 Icarus to level 13 FTAC to level 16.

You can view this unlock process within the game if you require further guidance.

This is just one example of the unlock process. The unlock requirements and weapons available will vary depending on which platform you are on. However, the general process is very similar across all of the platforms.

If you have acquired the Vault Edition of Modern Warfare 2, one of the variations to look out for is the access you get to the FJX Cinder Weapon Vault.

This allows you to instantly unlock the M4 platform, giving you immediate access to all the relevant weapon and attachment unlocks.

This is a great feature in your quest to unlock weapons as quickly as possible. Not only that, the Vault Edition delivers a certain design and aesthetic appeal that you will be able to choose for all weapons and attachments.

How to Access all the weapons in Modern Warfare 2

Modern Warfare 2 offers 51 different weapons to use throughout various levels of the game. You will have to earn access to 28 of these by increasing your player level.

The remaining weapons are acquired through platforms and by increasing weapon levels.

Let’s take a look at the various levels and the weapon and platform unlocks that correspond with them.

At player level 4 you can access an M4 assault rifle and M4 platform.

At the same player level 4 there are a number of weapon and platform unlocks to discover.

Others to note include – A MCPR-300 sniper rifle on the MRBA platform and an EBR-14 Marksman rifle on the Ordnance Weapon platform.

Moving up to Player level 5 will give you access to the PDSW 528 SMG via the Tactique Defense platform.

Some other notable player levels to anticipate include an Expedite 12 shotgun on player level 9 and a Combat Knife Secondary Melee at level 17.

Working your way through the player levels right up to level 41 will give you a weapon option of the STB 55 Assault rifle via the Bruen Pullpup platform. Player level 44 delivers a Signal 50 sniper rifle via the Signal platform.

You will discover that some of the platforms don’t presently offer any other specific weapon unlocks, other than one single weapon.

Which weapons should you unlock first?

It always helps to know the best firepower to unlock first as this will invariably tilt the odds of game success in your favor.

Once you have an insight into the best guns to unlock this will also enhance your multiplayer experience.

Certain weapon unlocks have changed in line with the launch of Modern Warfare 2. Knowing which ones to focus on will also improve your play style efficiency.

A good starting point would be to say that you get some weapons that are immediately unlocked in the shape of the VEL46 and M4, which is your reward for reaching player level 4.

The M4 can be considered a robust and versatile option that should be suitable for all players of Modern Warfare 2. It is generally viewed as the best assault rifle you can lay your hands on within the game as a result of delivering excellent stopping power combined with a high firing rate.

Learn to master the M4 by showing excellent reactions and good levels of accuracy and you will enjoy great success in multiplayer matches.

Another notable weapon to focus your attention on and unlock as soon as possible would be the best rifle in the game, the FTAC Recon.

There is little doubt that the FTAC Recon has all the credentials to justify its reputation as the best and strongest battle rifle you can get your hands on in Modern Warfare 2.

Boosting the odds of game success

If you are looking at the quickest way of unlocking weapons in Modern Warfare 2 and learning while you play it makes sense to take a look at what boosting has to offer.

Using boosting allows you the chance to achieve any in-game goal that you want. That means you could fast-track your weapon leveling options so that you can really enjoy the game and stay as competitive as possible.

You can take advantage of two different boosting options.

A popular option is self-play. This is where the booster plays alongside you so that you can achieve your goal, developing your own skills in the process. The other service you could use would be piloted. This involves the booster using your account to complete the required service.

Now that you know about the quickest ways to unlock weapons and which weapons to focus your attention on, it should allow you to progress quickly through the levels of Modern Warfare 2.