Five Tantrums He’s Sure To Throw If He’s An Entrepreneur – Confessions of A #StartupWife ! ! 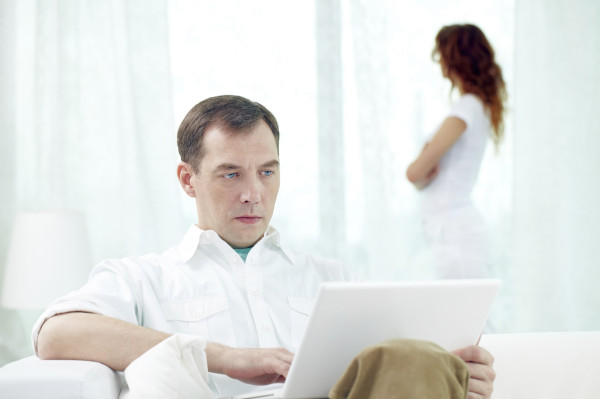 To a wife, nothing would come across as a nightmare as her well-settled, ambitious professional husband’s plan to kick his stable job right in the bum and start working for himself. While this might sound tad too grand on the face of it, especially when he will narrate his future plans to you, but things would, by all odds, get way too graver, deeper and tasking as you’d get neck-deep into them.

Being a wife to an entrepreneur, you really have no option other than facing him head-on almost all the times and learning to glide off all the tantrums he would, knowingly or in a fit, throw at you. Some of them are surely interesting enough to talk about in detail.

This is the time when he’d showcase ‘the no mood’ channel on the television of his face. Since his life and, to a part, his mind would shy a classic pressure cooker, thanks to the lots of decision-making he’s committed to himself, all that you’d listen from him is the ‘leave me alone’ whistle he would occasionally blow. Well, get set to face doors being banged on to your face, because your dear hubby is thinking out loud on the other side of them.

You’re a modern professional, who knows her ways with work and home, and you have the finances in your hands; bud, you have got to have your halo up all the time! You’re his knight in the shining armor, the person who is playing it live in the corporate world and who is abreast of the times in her industry and can vaguely foresee the near future and who has money clinking in her pocket, all available at her disposal. You surely would have been the most loved person in the family had you been the groom; umm, being a bride might, too, bring occasional days of happy realization to him and to you, this would only bring episodic bouts of ‘momma’ love.

On a lot of days, you are just going to see him glued to the bed and he won’t say a word why he’s religiously meditating in his dreams. Well, by now, you know that he has shedload of tensions running a marathon in his mind and the simplest way he has chosen to defeat them all is by switching off his mind from the race. He would simply sleep away all his troubles, and expect you to better not judge his way of living by his weird habits. Gah!

You would see a massive behavior change in him the moment he would step into the world of entrepreneurship; he would want an atmosphere at home resembling that in the house of a kid who’s appearing for boards. Soon, you would want to break the deafening silence by blabbering since you would, obviously, not want to talk rocket science with him and that’s when he would want to extend the already-mindboggling silence to extend indefinitely, plainly because he thinks he has so much to plan right at that moment that he wouldn’t want to simply waste his time yattering with you. On the contrary, you’d be tad too surprised when you would get to know how much he talks to every person he meets when he puts his entrepreneurial cape on! Well, God made friends, anyway, and we made internet!

Sooner enough or until his venture would break the back of the break-even point, he’d run out of the means to run his ‘super cool’ lifestyle and, then, he has you. On one hand, where he will never say that he wants to buy that pair of jogger jeans he had seen his ‘some’ idol wearing, on the other hand he would still want you to understand he wants it. No, you are not bringing up an extremely cranky, moody and overgrown baby, you are just trying to put up with this guy you love with all your heart and soul, and his ways? Well, good luck with them, until you need some expert psychiatric counselling on how to calm your mind when all that you see in your husband is a sweet-looking, giant punch bag! 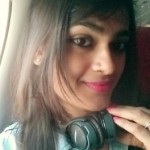 Cheena has been writing for web ever since technology allowed her to and her pocket kind of agreed to tag along. A Journalism major, publishing professional and defence brat, she has been working in the world of eBooks, first as a Media Producer and, now, as a Country Merchandiser, since eight years.

Once she tried tracing her family tree back to history only to reveal that her ancestors were words! She loves to read, write and lift weights when she’s not busy being a startup wife.