Advanced aerospace to optimize the performance of tidal wave technology is a new trend, sustainable marine. Thi UK-based EvoFoil project is going to use cutting-edge technology in partnership with three German companies. 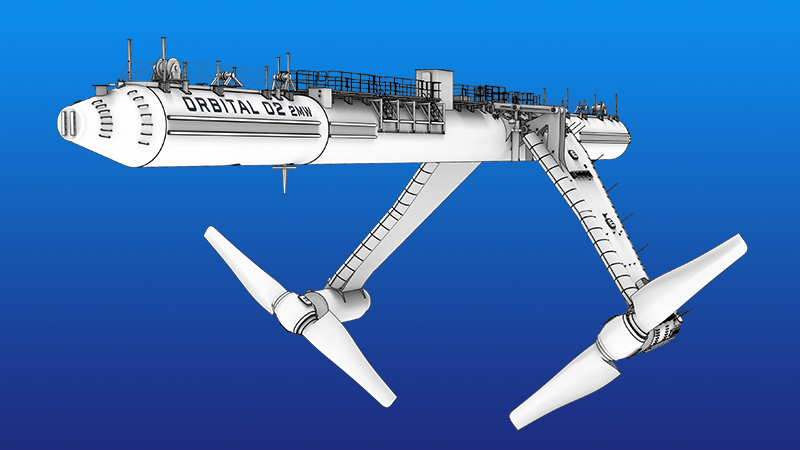 The partnership companies with EvoFoil projects include Leibniz Universität Hannover Institute of Production Engineering and Machine Tools and,  M&D Composites Technology. Also, both are Germany-based.

The sustainable marine is to receive funding from the German Government. As German Federal Ministry for Economic Affairs and Energy (BMWi)  is going to fund aerospace technology, through the Central Innovation Programme for SMEs (ZIM).

Additionally, initial funding from a Canadian research institute (NRC IRAP) of about $578,000 for the two-year project.

Furthermore, the Pempa’q has the capacity to generate 9MW electricity. Now, sustainable marine is pushing furthermore with their new project, EvoFoil, and using Aerospace.

The Head of Sustainable Marine power systems is Ralf Starzmann. He says,

“The project will address key areas of the foil design including the tip geometry. And the overall composition involving a new ‘multi-material’ concept. It will enable us to deliver an extensive field and lab testing campaign combining decades of knowledge. And experience from across sectors to take our tidal foil technology to the next level.”

He furthermore mentioned German’s expertise in the field. Further added the importance of innovation, to drive evolution in tidal energy. Talking about the design, he says,

“These design factors will play an important role in addressing areas such as energy extraction. Including power curve deterioration, and operating and maintenance costs. EvoFoil represents another important step to reduce the Levelized Cost of Energy. While reinforcing the stature of tidal power as a competitive future energy source.”

Sustainable Marine has already been working with the German’s expertise for its earlier projects. So, having the same set of people is expected to bring more innovative cost-effective tidal energy.

For a decade researchers have been working on reducing renewable energy costs. However, only from past half-decade, the costs were seen to be reducing. While investors are looking forward to investing in renewables.

Seeing all the countries coming forward and working towards a next-level technology is interesting. Furthermore, the counties involved with Sustainable Marine are from various backgrounds, Germany, Canada, and Scottish.

While the Germans provide their expertise, the testing is usually done in Canada where wave energy is high, and Scottish are involved in every way. As they produce results, it is expected that the technology would be useful for the smaller dense countries like Singapore. (However, Singapore doesn’t have potential in wave energy as of now, as waves are not that powerful as in Canada or the UK).