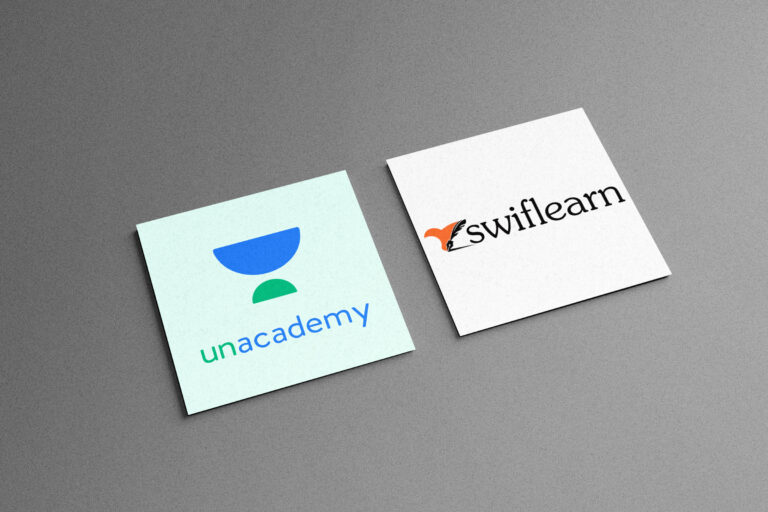 Bengaluru-based ed-tech unicorn Unacademy has announced the acquisition of Swiflearn, a live tutoring platform, for an undisclosed amount. The acquisition is in conjunction with Unacademy’s goals to ramp up its position in the K-12 sector and streamline its product portfolio.

Swiflearn, a three-year-old startup, founded by Abhinav Agarwal and Anand Bakode, offers live online face-to-face tuitions for kids for CBSE and ICSE students of grades 1 to 10. The platform primarily offers online tuition courses across English, Mathematics, and Science, as well as additional domains of study such as life skills, mental ability, and Vedic maths. Swiflearn has over 1500 educators and conducts more than 30,000 classes per month with over 120,000 students enrolled on its platform.

Abhinav Agarwal, co-founder of Swiflearn commented on the acquisition saying, “We are very excited to join Unacademy, since our strengths of pedagogy, content, and personalized classes combined with Unacademy’s product, brand and reach will make it a strong value proposition in the K-12 market. Anand, I, and the team of Swiflearn are looking forward to working closely with the entire team at Unacademy and learning from them.”

While Gaurav Munjal, CEO, and Co-founder at Unacademy Group said, “Swiflearn is building a high impact personalized and scalable learning product that will change the way students learn. Abhinav, Anand, and the team have developed a great product that is seeing tremendous traction. We have a shared vision to make quality education accessible and affordable for students of all ages, and we are delighted to have them as part of the Unacademy Group.”

Prior to the acquisition, the Gurugram-based Swiflearn had secured Rs 7.35 crore in venture funding from Stellaris Venture Partners, Venture Highway, and AngelList’s Utsav Somani in May 2020.

Unacademy, which was founded in 2015 by Gaurav Munjal, Hemesh Singh, and Roman Saini, has acquired more than ten startups within the last two years, including Rheo TV in July. It had previously bought CodeChef, Mastree, PrepLadder, and Kreatryx, among other startups. Graphy, one of its group verticals, acquired ed-tech platform Spayee for $25 million earlier this month to strengthen its foothold in the creator ecosystem. The Unacademy Group also includes Relevel and CodeChef, in addition to Graphy and Unacademy.

Unacademy becomes India’s largest online learning platform with over 1 million learners and 40,000 live classes just two years after its inception. It currently claims to have over 62 million learners and 60,000+ registered educators on its platform. It provides content spanning 14 Indian languages to learners across 10,000 cities. During its most recent funding round, the ed-tech unicorn was valued at $3.4 billion after raising $440 million from Temasek Holding among others.

The ed-tech sector has evolved tremendously around the world, notably in India, with the COVID-19 pandemic functioning as a turning point. Many offline classrooms moved online to provide educational continuity while complying with social distancing guidelines.