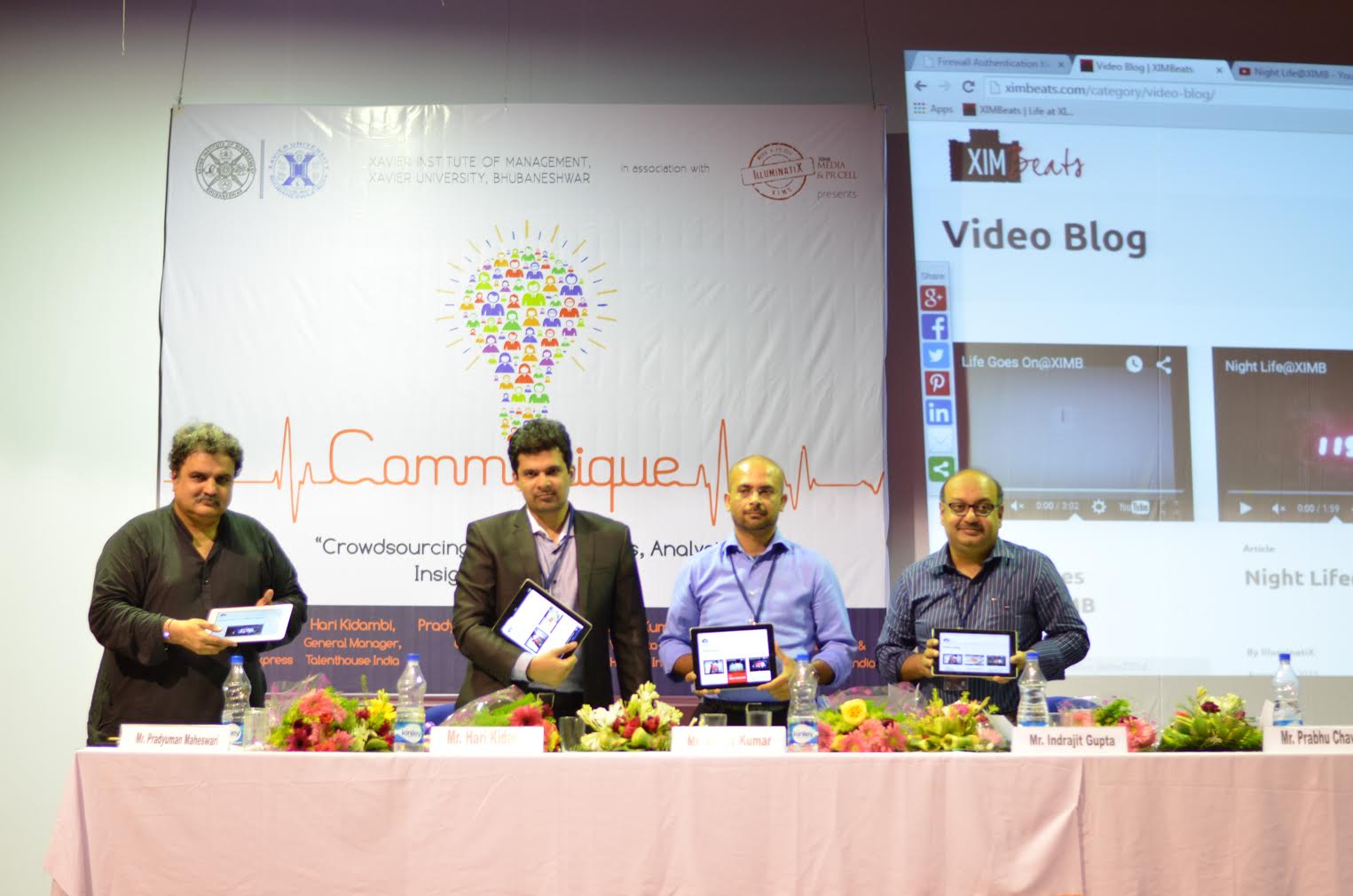 Crowdsourcing in a concept that defines the modern method of doing work. As the process of obtaining needed services, ideas, or content by soliciting contributions from a large group of people, and especially from an online community, rather than traditional employees or suppliers. In cognizance of this fact, IlluminatiX, the Media & PR cell of XIMB, organized the second edition of Communique, their media conclave themed- Crowdsourcing in Media: Trends, Analysis, Insights & Projections.

The moderator of the conclave Mr. Pradyuman Maheshwari, Editor-in-Chief & CEO of MxM India, started the proceedings by stating that the concept of crowdsourcing was not a new one but, has been formalized in the recent past. According to him it is the new buzz in the media, but there is always a danger of content not being original. 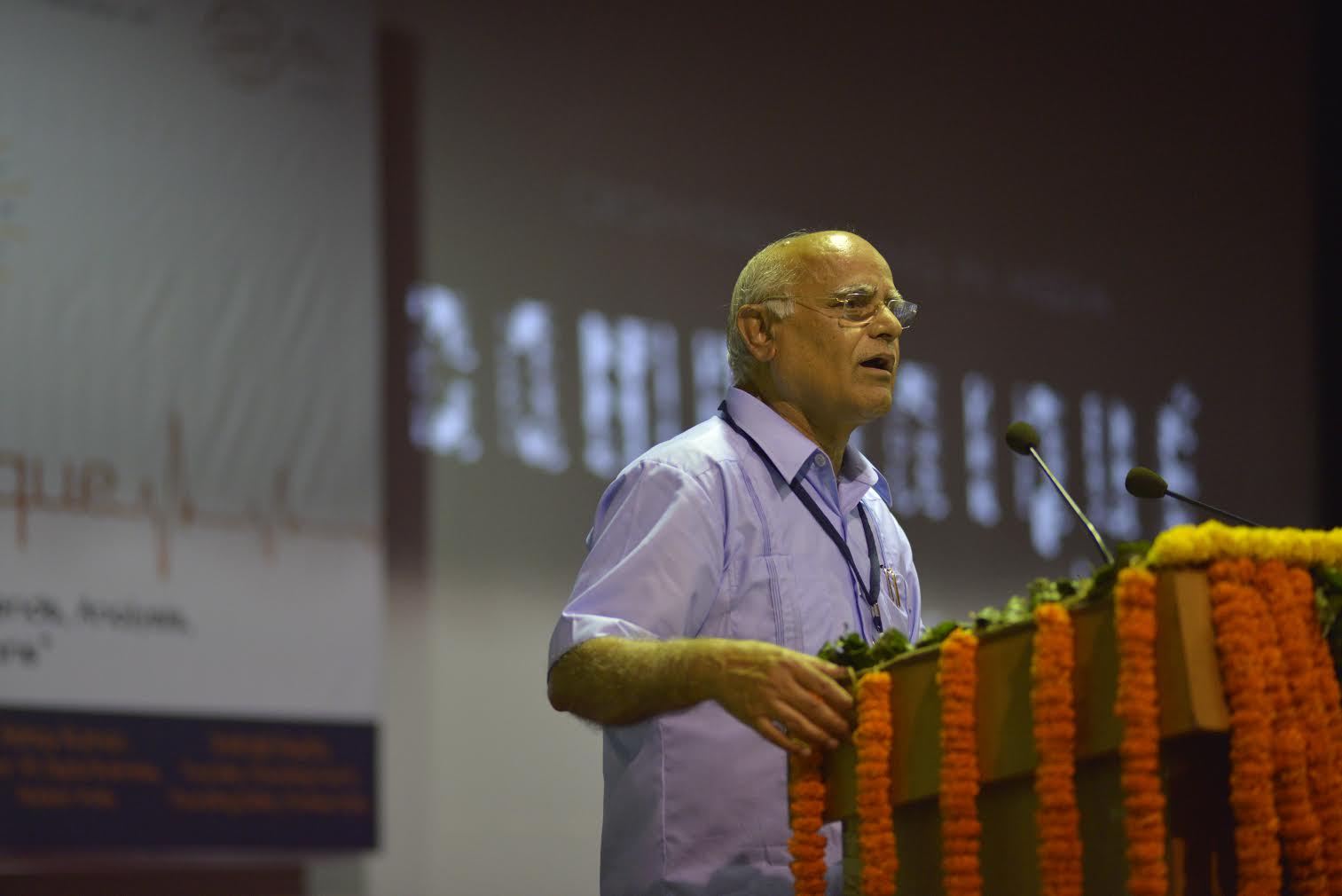 The first speaker for the event, Mr. Hari Kidambi, General Manager, Talenthouse India, focused on the connect between content and the people. He stated that crowdsourcing in media brings people closer and facilitates the desire to share ideas. He stressed upon the fact that “people ultimately makes the decision whether the content is good or bad” and the demand for quality content is rising but the availability is not matching up. Carrying forward this idea the second speaker, Mr. Abhay Kumar, Senior Vice-President, Digital Business Hotstar, said that all the crowdsourcing done, is on the back of technological developments and will continue to do so in the future. He cited examples of the Arab Spring & Occupy Walls Street showing the aspect of citizen journalism and crowd sourced action by the citizens. Mr. Indrajit Gupta, Founder, Founding Fuel & Founding Editor, Forbes India, the third speaker for the conclave emphasized on the responsibility that comes with crowdsourcing. He said that collective out sourced intelligence is quickly outgrowing the base of existing media, however attention should be drawn towards “What works and what does not work”. Inspiring the budding entrepreneurs of XIMB he said that we should not look towards the west for ideas, instead extract from the vibrant pool of ideas form the local crowd. 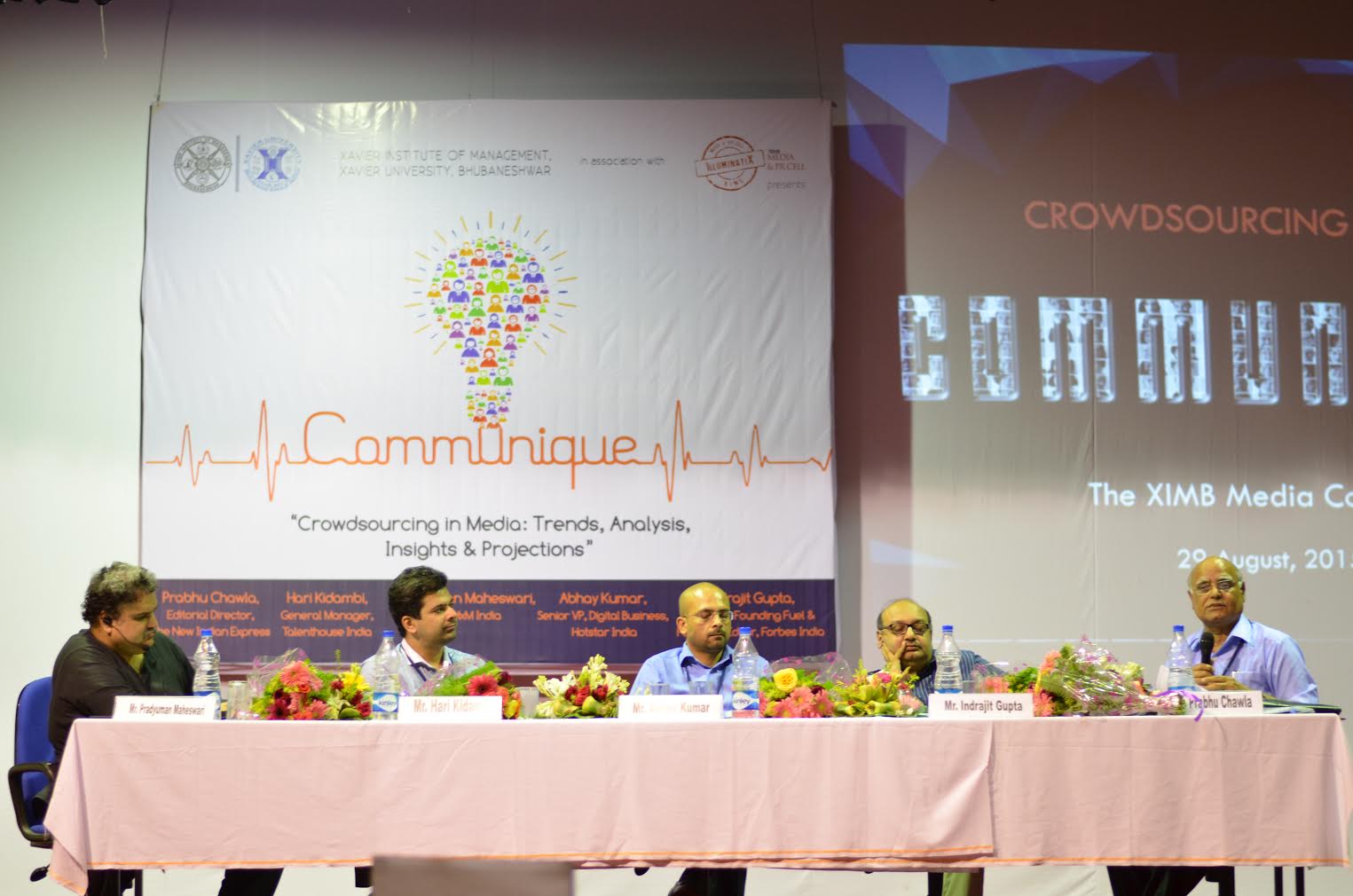 The final speaker, Mr. Prabhu Chawla, Editorial Director, The Sunday Standard & The New Indian Express, brought in a different perspective of crowdsourcing in media. He related the concept of crowdsourcing to the marketing aspect of the media, stating it as a money making strategy providing short term gains. He said “Anything dependent on crowd sourcing cannot be a sustainable model”, seeking clarity in the purpose of crowdsourcing. He stressed that information from the crowd can be flawed and misleading, thus credibility check of the content is of utmost importance.

Then the panelist indulged in a healthy discussion, putting forward different perspectives to the topic. Witnessing such interactive debate by eminent personalities in their respective fields, the students left the auditorium intellectually stimulated and satisfied. This was followed by the official launch of the video blog, a new feature of XIMBeats, the official blog of XIMB, and the prize distribution to the winners of Communiquiz and other pre-Communique competitions.