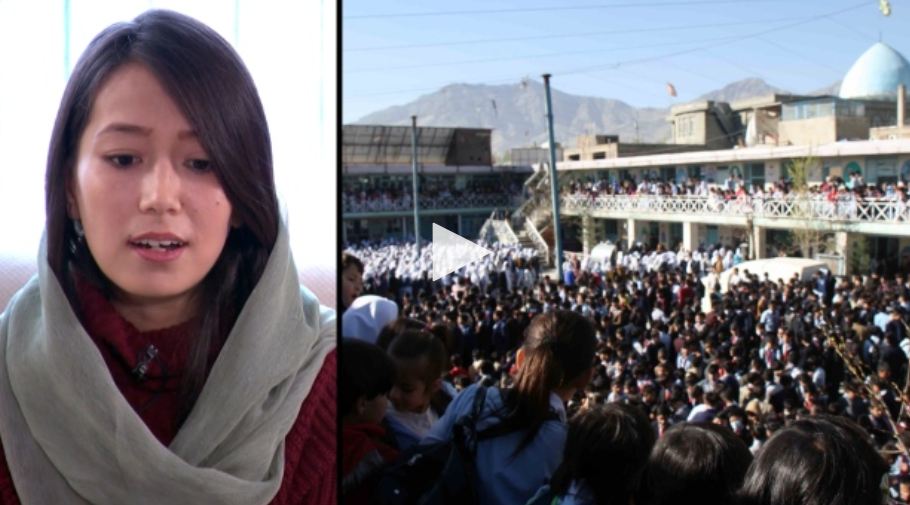 OTTAWA, ONTARIO A YouTuber who provides investment advice contributed to the funding of 170 Afghans fleeing the Taliban in Canada. Following the Taliban’s takeover of the country in August, Texas-based businessman David Lee assisted a large group of trapped Afghans in reaching the Pakistan border.

Filmmakers, representatives of Afghanistan’s cultural community, and human-rights advocates were among the Hazaras who arrived in Calgary earlier this week. When the Taliban gained control of Kabul last summer, they escaped but were left in Kandahar, in the south of Afghanistan, with no money to go to the Pakistan border.

Funds escaped to the Taliban with 170 Hazara filmmakers

They only had a few days to travel to a border crossing before it closed, but they had already spent all of their money escaping Kabul.

Lee, who had previously supported the escape of 38 Hazaras to Pakistan as well as emergency food supplies to Afghanistan, was called by an Afghan from a US-based humanitarian organization to see if he could assist immediately.

Members of the 170-strong gang are afraid of Taliban retaliation against friends and relatives if they are recognized. According to Sen. Salma Ataullahjan, who was born in Pakistan and has numerous Afghan ties, Taliban extremists have targeted democracy and women advocates, as well as musicians, shattering their instruments and beating them up. She claimed that one of her acquaintances, a professional Afghan musician, buried his instrument out of fear of persecution.

According to a BBC story, the Taliban has also put stringent limitations on what Afghans may watch on television, as well as prohibiting women from acting in dramas. Broadcasters have been told not to show movies or shows that are “against Islamic or Afghan principles” by the Ministry of Virtue Promotion and Prevention of Vice.

Lee gathered roughly $12,000 in hours with the help of some of his YouTube fans to pay for taxi fees and other expenses so that the migrants could reach to a Pakistan border crossing before the border closed.

Lee, who teaches financial literacy through YouTube, had previously assisted a party of 38 Afghans, including the family of a UBC student, in crossing the Pakistan border.

He cautioned the person who sought his assistance that the party only had a few days to go before the Afghan-Pakistan border near Quetta closed.

“I reached out to my network and a few others that follow investor videos, and we received the fees within a few hours — it was around $12,000 for their expenses, the majority of which was for transportation. They were able to escape in the nick of time. The land border was closed a few days later.”

The funds were transmitted to Pakistan, where a middleman was able to secure transportation for the Hazaras. Hazaras are one of Afghanistan’s major ethnic groups, speaking Hazaraqi, a Persian dialect.

They can also be found in regions of Iran and Pakistan, where Quetta has a sizable community. They have long been persecuted in Afghanistan, particularly by the Taliban, who are mostly Pashtun.

Within days of the refugees arriving, the border near Quetta was blocked. According to Lee, several of the gang almost didn’t make it through. One guy spent three days attempting to persuade border officials to let him pass. The refugees’ stuff was taken away from them at the border and then returned on the Pakistan side.

They traveled from the border to Quetta, where they slept on the floor of an unheated wedding hall. They were forwarded to the United Nations High Commissioner for Refugees in Islamabad, where they were recommended to Canada’s “special humanitarian program” — one of two set up to help send 40,000 Afghan refugees to Canada.

Human-rights advocates, women leaders, persecuted religious or ethnic minorities, LGBTQ persons, and journalists are among those who will benefit from the initiative. Before granting immigration to Canada, Lee said, Canadian embassy employees, examined the refugees and gathered biometric data in Islamabad.

The Hazaras were among 252 Afghan refugees welcomed to Canada by Immigration Minister Sean Fraser on Tuesday, the first to be allowed under the special humanitarian category. Lee received a message from the group’s leader the day after their jet landed in Calgary, informing him that the entire group was now on Canadian territory and safe and sound.

The group is currently being held in isolation in a Calgary hotel and will go to Edmonton after they are released from quarantine, according to Lee. When the epidemic is over, Lee, who lives in Texas, hopes to come to Edmonton to meet members of the group.

“I was overjoyed when they came,” he expressed his happiness. “Their lives, as well as the lives of future generations, will be irrevocably transformed.” The Canadian Press initially published this information on January 15, 2022.